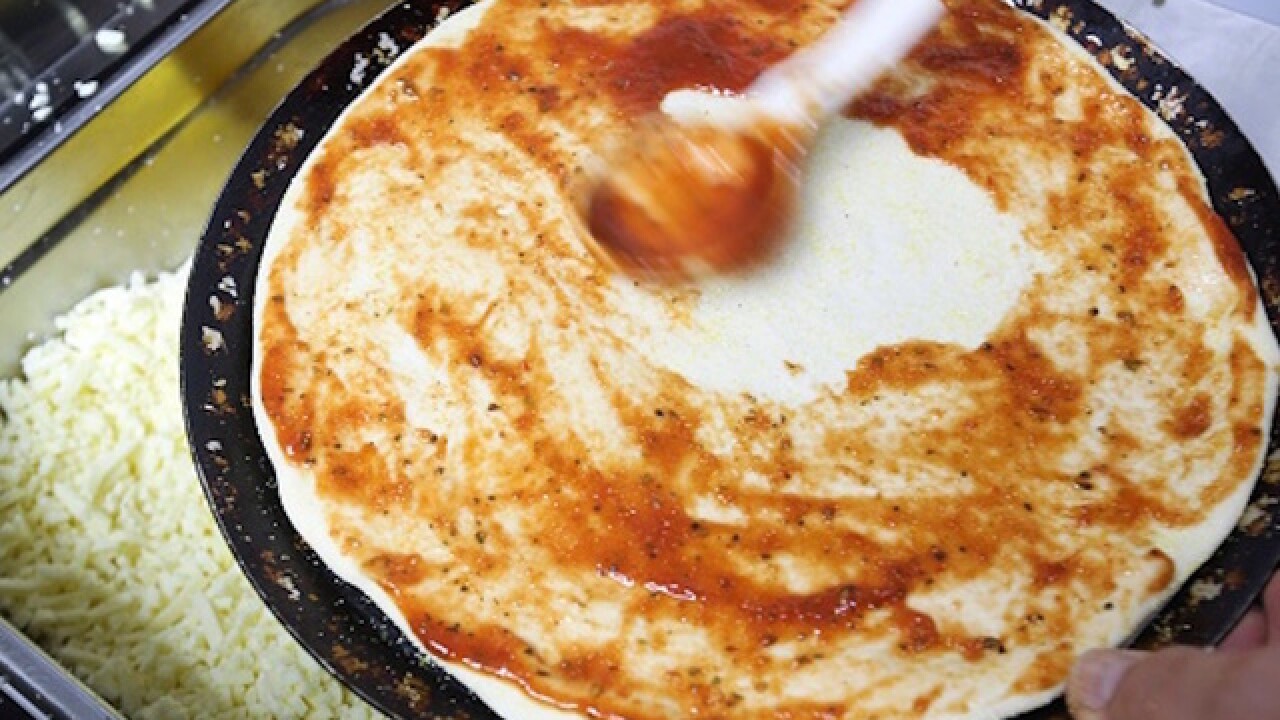 Chris Ratcliffe
<p>An employee spreads tomato sauce over freshly rolled dough as he prepares a pizza for cooking in the kitchen of a Pizza Hut restaurant, owned by Yum! Brands Inc., at the company's flagship restaurant on The Strand in London, U.K., on Tuesday, March 24, 2015. Pizza Hut, owned by Kentucky-based Yum! Brands, is the largest U.S. pizza chain, with about 700 restaurants in the U.K., and 7,900 in the U.S. Photographer: Chris Ratcliffe/Bloomberg via Getty Images</p>

When Travis C. Vartorella's ex-roommate returned to retrieve pizza rolls out of the freezer on Sunday in Norwalk, Ohio, Vartorella brandished a weapon on the unidentified man, the Norwalk Reflector reported.

Vartorella was charged with aggravated menacing, a first-degree misdemeanor. If found guilty, Vartorella could face up to six months in jail.

The pizza rolls were among a number of items the man tried to retrieve.

A search was conducted on Vartorella's apartment, with the sword and three other possible weapons being confiscated.