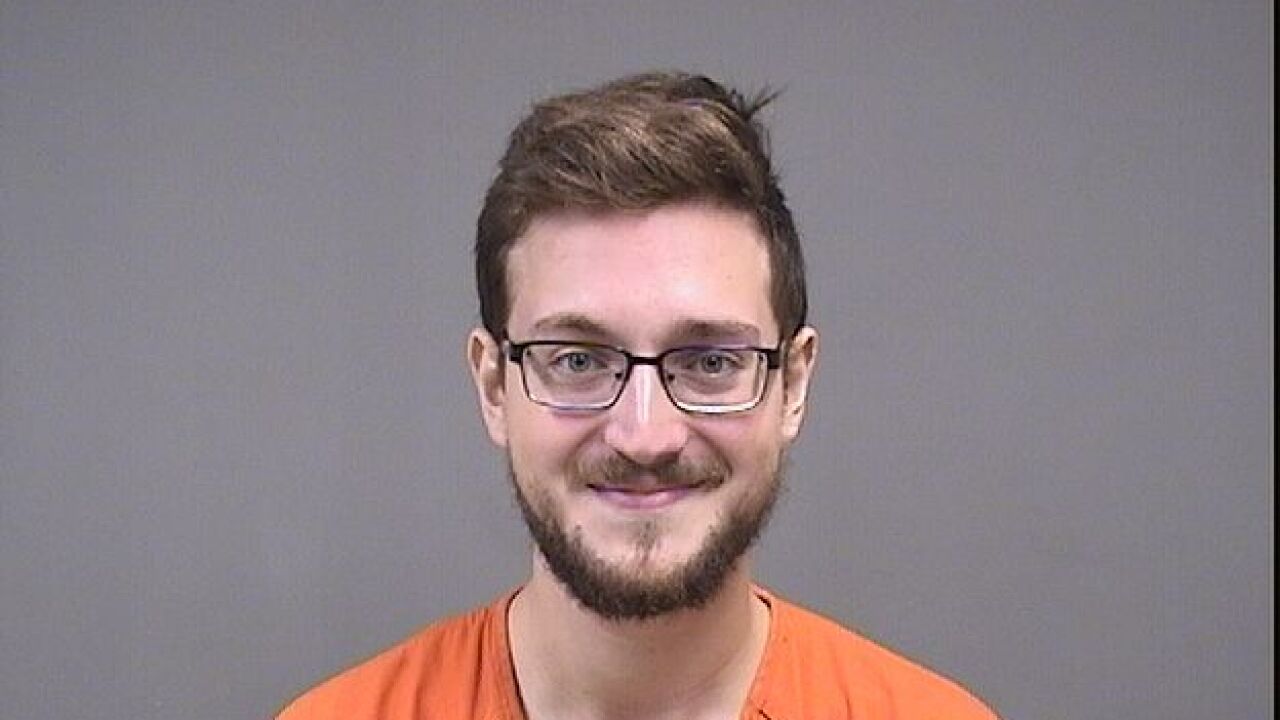 YOUNGSTOWN, Ohio — Ohio police have arrested a man who allegedly made credible threats online about the Jewish Community Center of Youngstown and the Jewish community.

“I am so very grateful to the local FBI and law enforcement for their swift and strong response to this matter and for their continued willingness to keep the lines of communication open at all times. It is because of their efforts that a very positive resolution to this matter has occurred. The positive result here is a clear example of the importance of monitoring social media to identify credible, hate-fueled threats before they are acted on," said Andy Lipkin, the executive vice president of the Youngstown Area Jewish Federation.

Authorities do not believe there is still a threat but said they are investigating other potential suspects.

New Middletown Police Chief Vincent D'Egidio said an Instagram account belonging to Reardon shared a video that showed a man firing a gun. The post, which was shown to an officer who was on an unrelated call, tagged the Jewish Community Center of Youngstown, D'Egidio told CNN in an interview.

It's unclear whether the man shooting the gun in the Instagram post was Reardon or someone else.

According to Andy Lipkin, the executive vice-president of the Youngstown Area Jewish Federation, the post was accompanied by a caption that read, "Police identified the Youngstown Jewish Family Community shooter as local white nationalist Seamus O'Rearedon." That is a Gaelic version of Reardon's name.

"With everything going on," D'Egidio said, "we wanted to make sure we acted very quickly on this."

When authorities looked at the rest of the Instagram account, there were lots of images of Reardon or someone else shooting guns, D'Egidio said, and lots of anti-Semitic comments and white nationalist content.

"For a town of 1,700 people, this was a pretty intense situation," D'Egidio told CNN.

Authorities knew based on public records that Reardon owned weapons, the police chief said, and they executed a search warrant at his home around 10:30 p.m. Friday night.

Reardon's mother answered the door, and he arrived about 20 minutes after the search had started, D'Egidio said. There, police found a cache of weapons and ammunition.

Reardon was ultimately arrested without incident and taken to the county jail. His bond has been set at $250,000, and D'Egidio said he will be arraigned Monday morning.

It was unclear whether Reardon was represented by an attorney.

CNN Newsource contributed to this report.

This story was originally published by Courtney Shaw on WEWS.