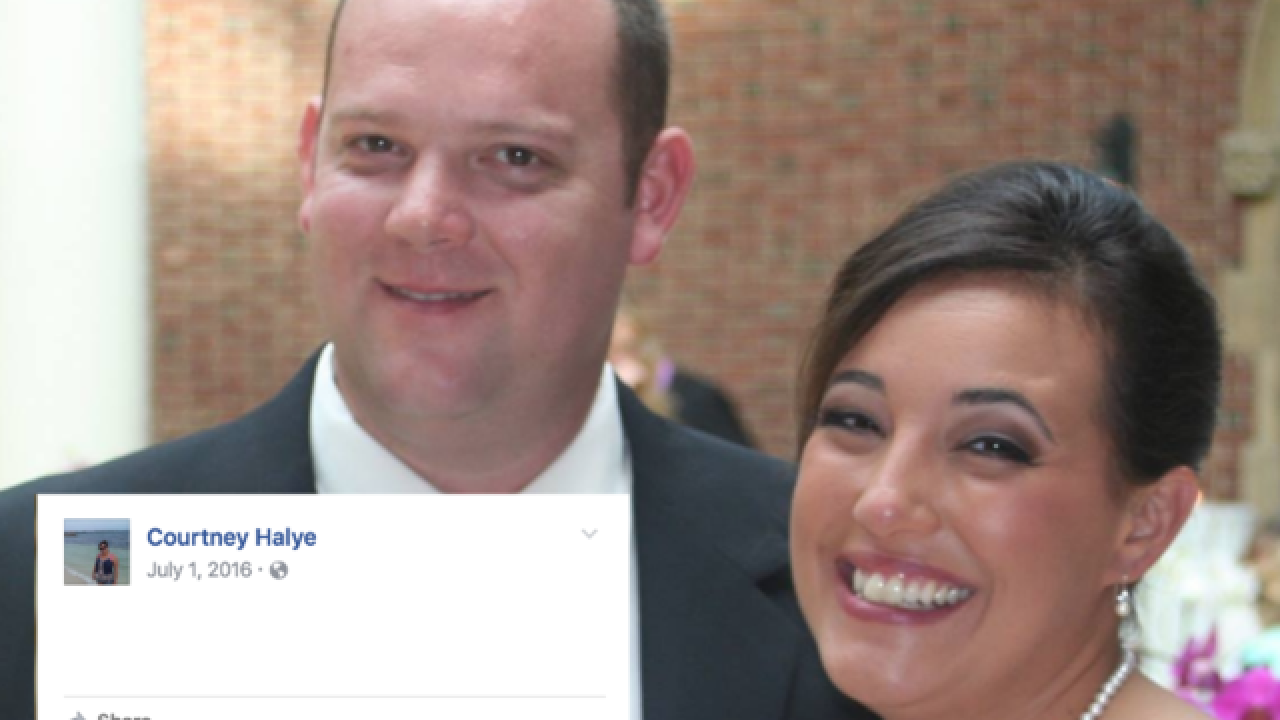 Courtney Halye / Facebook
<p>Brian and Courtney Halye are shown in this Facebook photo from 2016. The couple was found by their children, dead of an apparent drug overdose, on March 17, 2017.</p>

Four children in Ohio awoke to a nightmare on Friday when they found their parents dead of an apparent drug overdose.

Brian Halye, a 36-year-old pilot for Spirit Airlines, and Courtney Halye, 34, were found dead inside their home in Centerville, Ohio, a suburb of Dayton.

The couple's juvenile children were confused after their parents failed to wake them for school. They found them on their bed not breathing and called 911, according to NBC News .

In the call, NBC reported some of the kids can be heard crying, while a boy describes his parents' bodies as being "very cold."

Brian Halye last flew for Spirit Airlines on March 10, according to NBC News. He had apparently never failed a drug test at work.

Courtney Halye had a history of drug abuse, according to what her mother told police in 2016. Dayton's WHIO-TV reported that Brian Halye had previously told police his wife battled heroin and cocaine addiction.

A preliminary coroner's report stated the pair died of suspected overdoses related to fentanyl and/or heroin, according to WHIO.