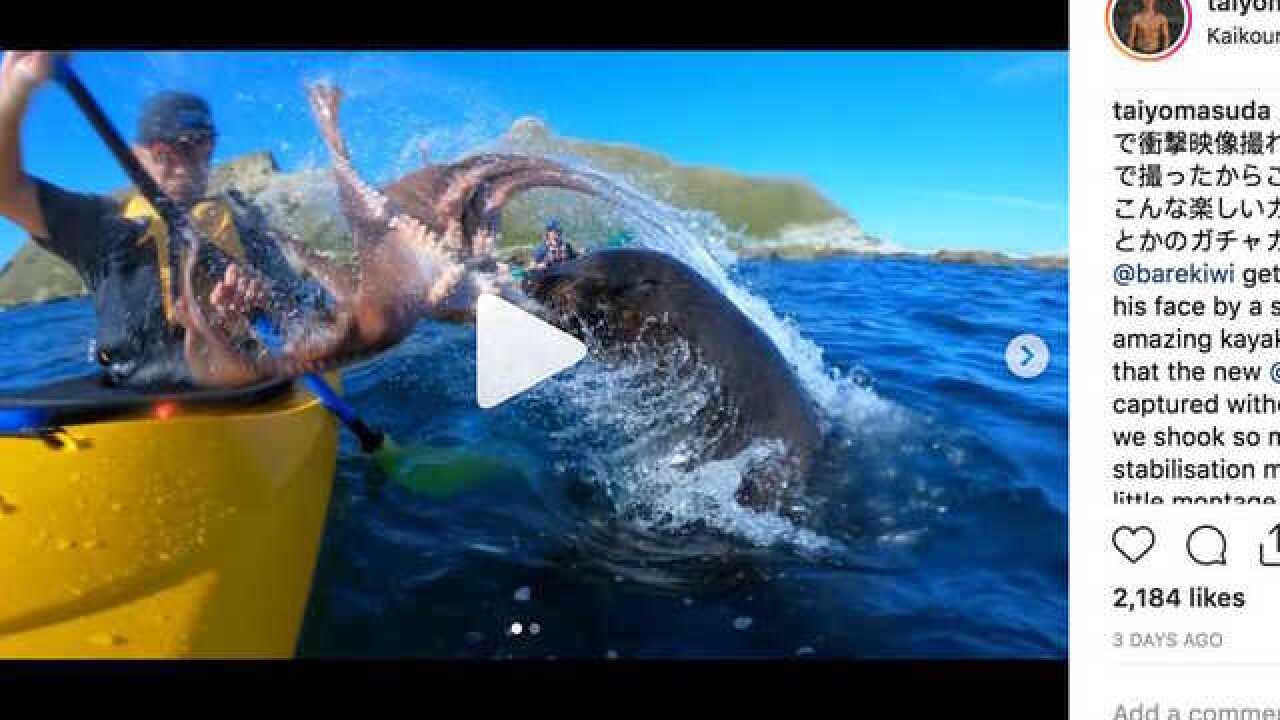 Copyright 2018 Scripps Media, Inc. All rights reserved. This material may not be published, broadcast, rewritten, or redistributed.
Instagram

What do you get when you mix a kayaker, a seal, an octopus and a camera? A moment you'll probably never be able to recreate...

Footage from a New Zealander's GoPro camera shows a group of kayakers in the water when out of nowhere comes a seal. The seal jumps out of the water with an octopus in its mouth. Its tentacles smack one of the kayakers in the face before both the octopus and seal dive back under the waves.

Visibly shocked, the kayakers start poking around the water with their oars as the seal makes a quick second appearance and disappears.

The video, posted to Instagram by user TaiyoMasuda, has thousands of likes. His Instagram profile says he's a filmmaker, surfer and skydiver.

While TaiyoMasuda is no stranger to adventure, it's pretty safe to say this was probably a once-in-a-lifetime happening on the water.

Watch the hilarious moment in the Instagram video player below:

新しい @gopro #Hero7Black で衝撃映像撮れた🤣🤣 4K60fpsの安定化オンで撮ったからここまで驚いて全部撮れてた！こんな楽しいカヤックはじめて！！音声も海とかのガチャガチャ音ないし最高！ @barekiwi getting octopus smashed into his face by a seal⁉️ I’ve never had such an amazing kayak everrrrr!! I am super stoked that the new @goproanz #Hero7Black captured without missing a thing although we shook so much, #hypersmooth the stabilisation managed it so well!! I made a little montage to show how good the audio came out!! No noises super clean!! Thanks to @kaikourakayaks @purenewzealand @kaikouranz @goprojp @howtodadnz @snapair for such an epic trip!! #gopro #ゴープロ #ゴープロのある生活