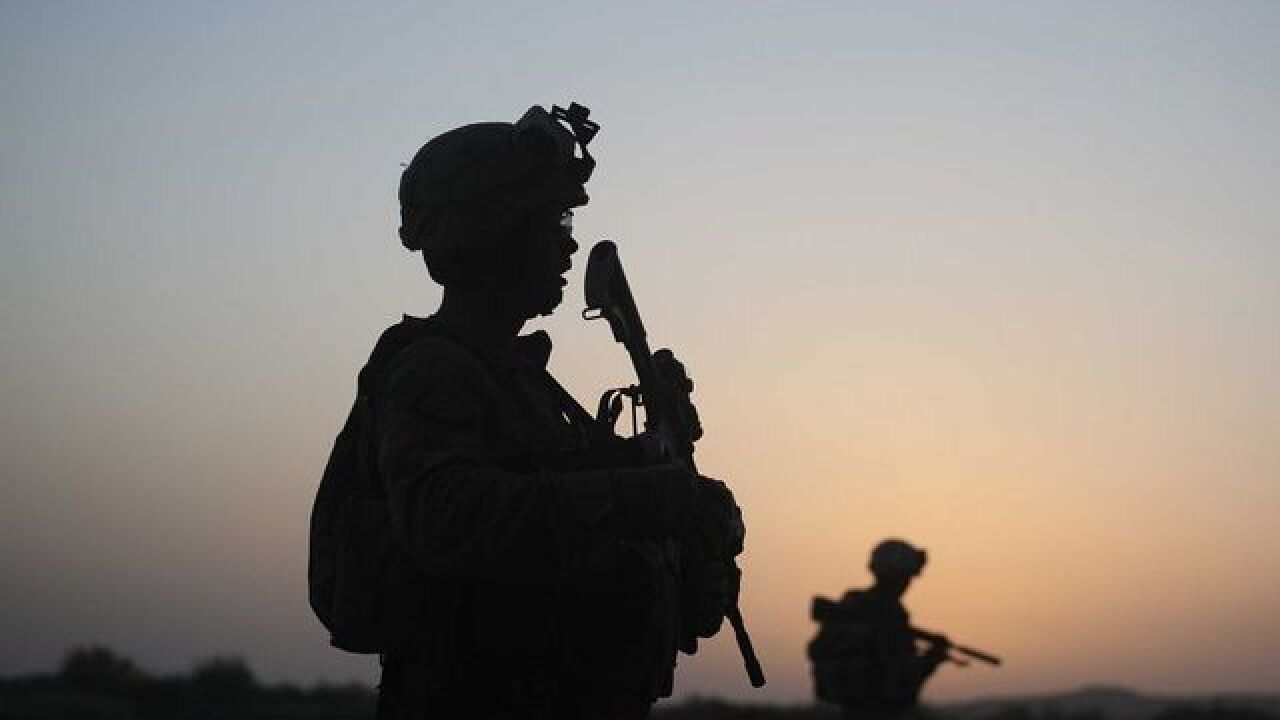 By: CNN
Posted at 11:47 PM, Mar 09, 2017
(CNN) -- Four branches of the military are looking into the posting of nude photos of what appear to be female service members on various websites, a Pentagon official told CNN on Thursday.
The news follows a story published online by Business Insider that says the scandal, which began with a report about lewd photos being posted by a group of Marines and former Marines, goes beyond the Corps and some private Facebook groups like Marines United.
Photos of nude and clothed female service members also have been posted to another image-sharing message board, Business Insider reported. A CNN review of the site found photos of women in uniforms from different branches of the military -- and nude and partially nude images.
The Naval Criminal Investigative Service is investigating the Marines United scandal. There is no Defense Department-wide investigation as of Thursday evening, the Pentagon official said.
The Air Force, Army, Marines and Navy made statements Thursday in response to CNN's requests for comments on the new report.
"After being made aware of the photo sharing site today by Business Insider, we are looking further into the matter and taking it seriously, but cannot immediately verify any details about the site, the source of its content, or whether there has been any involvement by any airmen," the Air Force said.
"As members of the Army team, individuals' interaction offline and online reflect on the Army and its values. The Army defines online misconduct as the use of electronic communication to inflict harm, which includes, but is not limited to, instances of harassment, bullying, hazing, stalking, discrimination, retaliation, or any other types of misconduct that undermines dignity and respect," Army spokeswoman Lt. Col. Jennifer R. Johnson said. "Soldiers or civilian employees who participate in or condone misconduct, whether offline or online, may be subject to criminal, disciplinary, and/or administrative action."
"We fully expect that the discovery of Marines United will motivate Marines to come forward to notify their chain of command of pages like it. Things may seem to get worse before they get better; Marines will attack this problem head-on and continue to get better," Capt. Ryan E. Alvis said.
"It is a call to arms in the wake of recent reports of unprofessional and inappropriate social media behavior by some who have lost sight of that most fundamental purpose they themselves are duty-bound to serve," Acting Secretary of the Navy Sean Stackley said. "Our ability to succeed as a warfighting organization is directly tied to our ability to fight as one team -- a team that treats one another honorably."
Earlier this week, the scandal focused on Marines United, a private Facebook group with 30,000 members and hundreds of photos of women in different stages of undress. Thomas Brennan, founder of the military news site, The War Horse, first reported the group page to the Marines and NCIS.
After the NCIS announced its investigation members were redirected to new pages where some taunted investigators.
The-CNN-Wire
™ & © 2017 Cable News Network, Inc., a Time Warner Company. All rights reserved.
KNXV