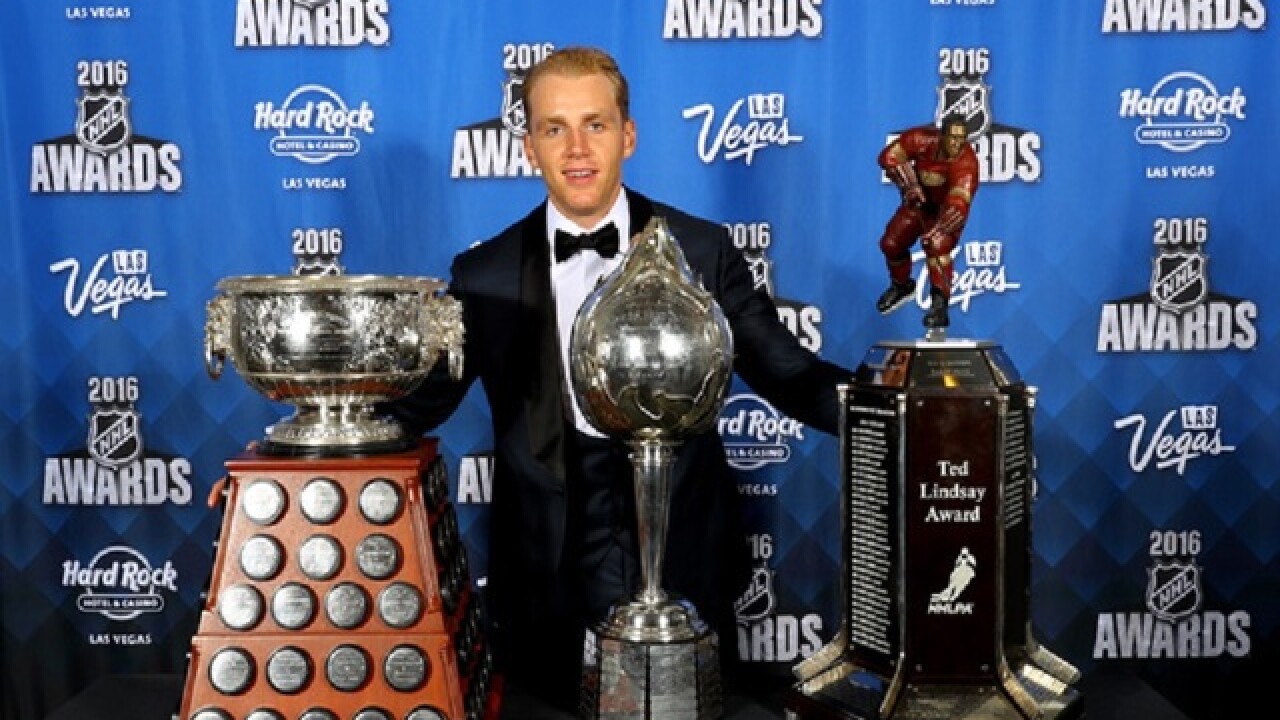 Bruce Bennett
<p>LAS VEGAS, NV - JUNE 22: Patrick Kane of the Chicago Blackhawks poses after winning the Hart Trophy, the Ted Lindsay Award and the Art Ross during the 2016 NHL Awards at The Joint inside the Hard Rock Hotel & Casino on June 22, 2016 in Las Vegas, Nevada. (Photo by Bruce Bennett/Getty Images)</p>