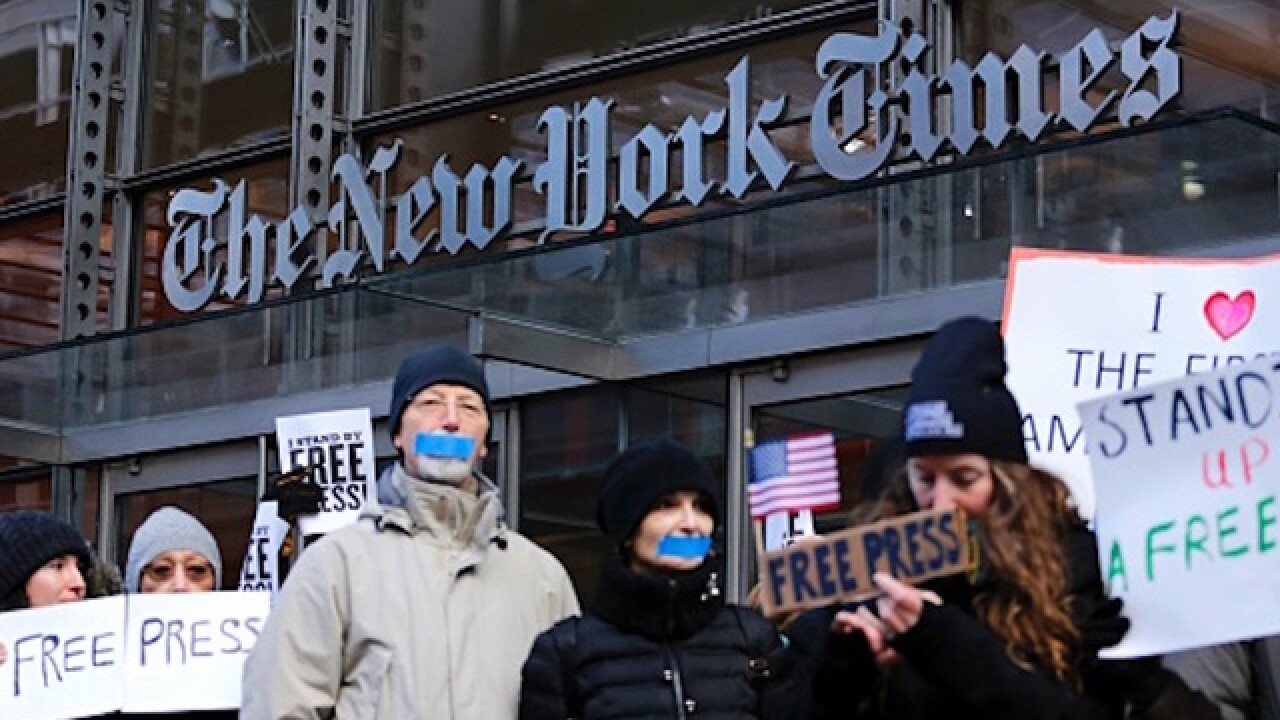 Copyright Getty Images
KENA BETANCUR
<p>People take part in a protest outside the New York Times on February 26, 2017 in New York. The White House denied access Frebuary 24. 2017 to an off-camera briefing to several major US media outlets, including CNN and The New York Times. Smaller outlets that have provided favorable coverage however were allowed to attend the briefing by spokesman Sean Spicer. The WHCA said it was &quot;protesting strongly&quot; against the decision to selectively deny media access. </p>

President Donald Trump's attacks on the media are the "best thing" to happen to New York Times subscriptions, the newspaper's editor says.

Times executive editor Dean Baquet was asked by CNN's Brian Stelter on "Reliable Sources" on Sunday about how Trump has affected readership.

"Every time he tweets, it drives subscriptions wildly," Baquet said.

Trump has made the Times a frequent target of his criticisms. On Sunday, Trump tweeted about an advertisement the newspaper will air during the Oscars -- its first television ad in seven years.

"For first time the failing @nytimes will take an ad (a bad one) to help save its failing reputation," Trump tweeted. "Try reporting accurately & fairly!"

Trump has in the past slammed the Times and said it is losing "thousands of subscribers," a claim the Times has repeatedly said is not true.

Baquet said on Sunday that despite the president's attacks, the newspaper's mission is now "clearer than it's ever been."

"I think what's happened in the last couple months, I have to say, has been tremendous for news organizations," he said. "We're covering a dramatic revolution in government and how the country is governed."