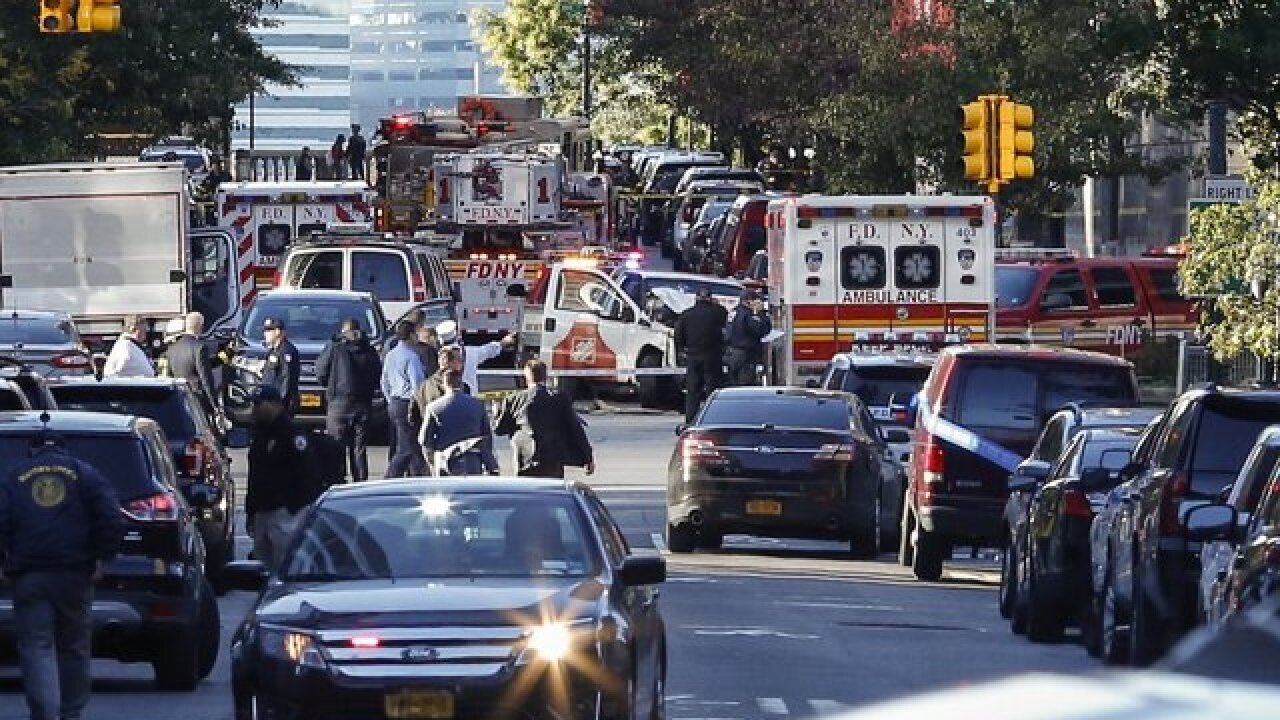 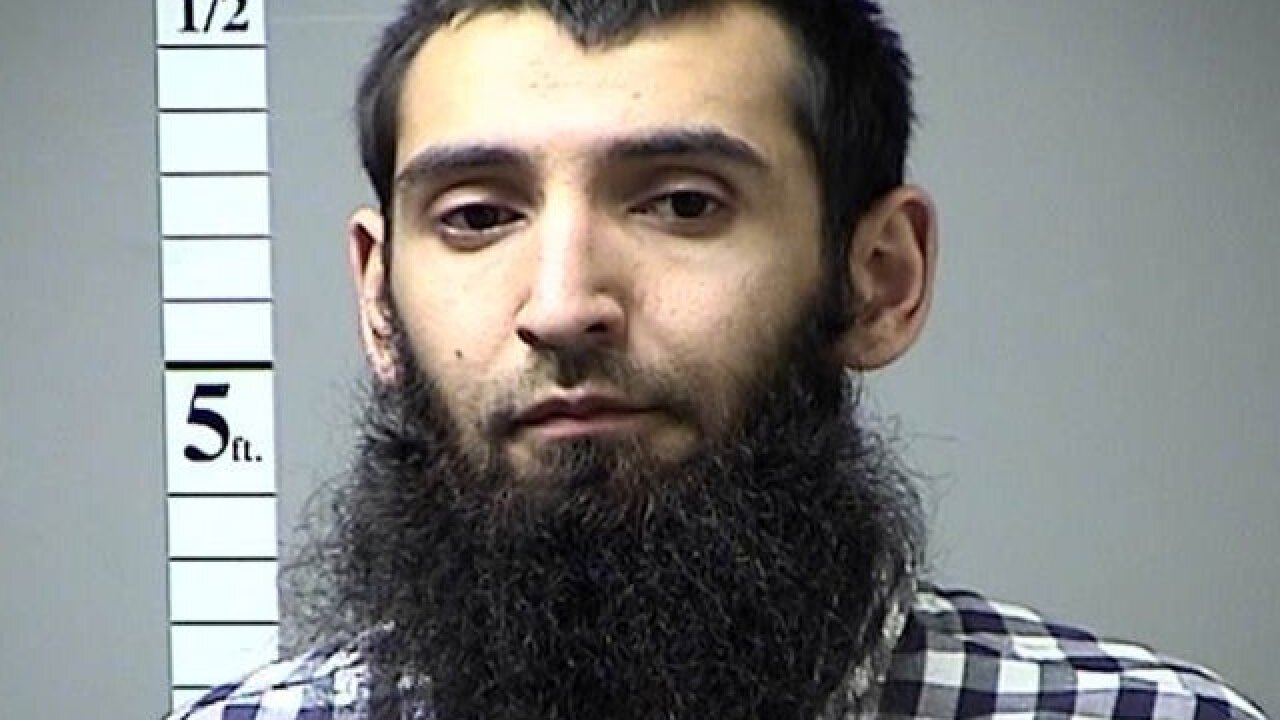 The man who plowed a pickup truck down a crowded bike path in New York is so devoted to ISIS, he wanted to display the terror group's flag in his hospital room, documents show.

Sayfullo Habibullaevic Saipov, 29, did not say much at his initial court appearance, which he attended in a wheelchair after police shot him.

But a criminal complaint alleges he provided authorities with details on how he planned the attack for months and his commitment to the ISIS playbook.

He had about 90 videos on his cellphone, many of them on ISIS propaganda, according to the complaint.

The details, which emerged Wednesday, painted a picture of a man who allegedly planned more carnage in addition to the eight people killed and about a dozen wounded.

He allegedly picked Halloween to carry out the deadliest attack in New York since September 11, 2001, because he believed more people would be on the streets for the holiday, according to the criminal complaint.

Saipov was charged with federal terrorism offenses in Tuesday's attack. Hours after his first court appearance, in which he entered no plea, President Donald Trump said he should be executed.

"NYC terrorist was happy as he asked to hang ISIS flag in his hospital room. He killed 8 people, badly injured 12. SHOULD GET DEATH PENALTY!' the President tweeted late Wednesday night.

Read the federal complaint against the suspect

After his arrest, Saipov told investigators who talked to him a at Bellevue Hospital that he planned Tuesday's attack for about a year. Two months ago, he said, he decided to use a truck "to inflict maximum damage against civilians," the complaint states.

On October 22, he rented a truck from a store -- previously identified as Home Depot -- in Passaic, New Jersey, to practice making turns ahead of the attack, according to the complaint.

On Tuesday, he went to the same store and rented the truck for two hours. He "had no intention of ever returning it," the complaint said.

He planned to use the truck to hit pedestrians in the area where he carried out the attack and "then proceed to the Brooklyn Bridge to continue to strike pedestrians," it said.

"Saipov wanted to kill as many people as he could," the complaint states.

During an interview with investigators, Saipov asked to hang an ISIS flag in his hospital room and said "he felt good about what he had done," the complaint states.

At some point, Saipov considered displaying ISIS flags in the front or back of the truck he used during the attack, but decided against it to avoid drawing attention to himself, he told investigators.

Authorities did not find any flags near the truck, but they found a handwritten note in Arabic expressing affinity for ISIS.

"The gist of the note was the Islamic State would endure forever," said John Miller, the deputy commissioner for intelligence and counterterrorism for the New York Police Department.

While ISIS has not made any claim of responsibility for the attack, Saipov told investigators he was inspired by ISIS videos, in particular one that shows ISIS leader Abu Bakr al-Baghdadi questioning "what Muslims in the United States and elsewhere were doing to respond to the killing of Muslims in Iraq," the complaint says.

Law enforcement also found approximately 90 videos and 3,800 images that appeared to be ISIS-related propaganda in one of Saipov's cellphones, according to the document.

The videos include graphic scenes of ISIS fighters killing prisoners, beheadings, and "instructions for how to make a homemade improvised explosive device," the complaint says.

He has also been linked to social media accounts that contain ISIS-related material, a law enforcement official said.

And Saipov's tactic of turning an ordinary vehicle into a lethal weapon is familiar to groups like ISIS.

In 2014, an ISIS spokesman called for lone-wolf attacks using improvised weapons such as knives, rocks, poison and cars.

He is charged with providing material support to ISIS, violence and destruction of motor vehicles, said Joon H. Kim, the acting US Attorney for the Southern District of New York .

Saipov appeared in federal court in a wheelchair and didn't enter a plea Wednesday, a source at the US Attorney's Office told CNN.