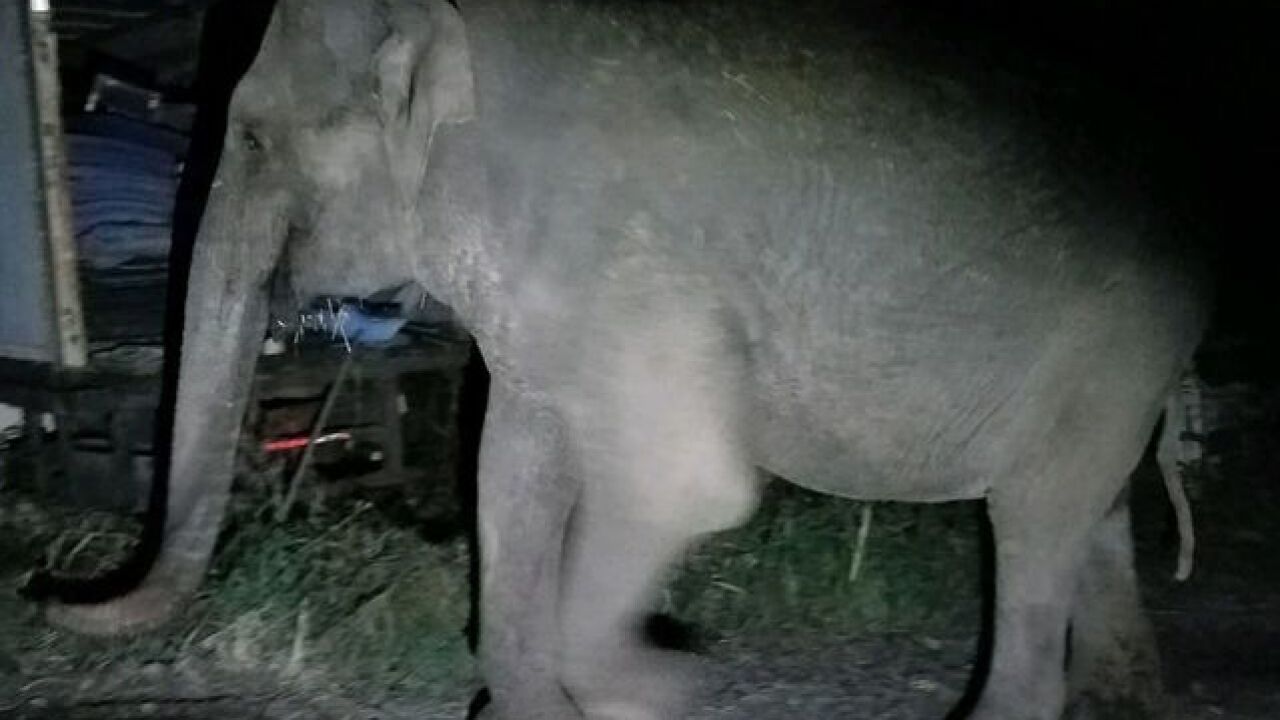 A New York state trooper extended his pledge to protect and serve beyond his fellow humans over the weekend.

Sgt. Dave Scott got a call around 11:30 p.m. Sunday that an elephant was on the loose near Westtown, northwest of New York City near the New Jersey state line.

The 46-year-old elephant, originally from Vietnam, was brought to the US after being burned by napalm during the war, ABC News reported.

It turned out the elephant hadn't roamed far and belonged to an animal sanctuary across the street from where it was found.

The 8,000-pound elephant was escorted back to its pen and did not appear disturbed by the commotion.