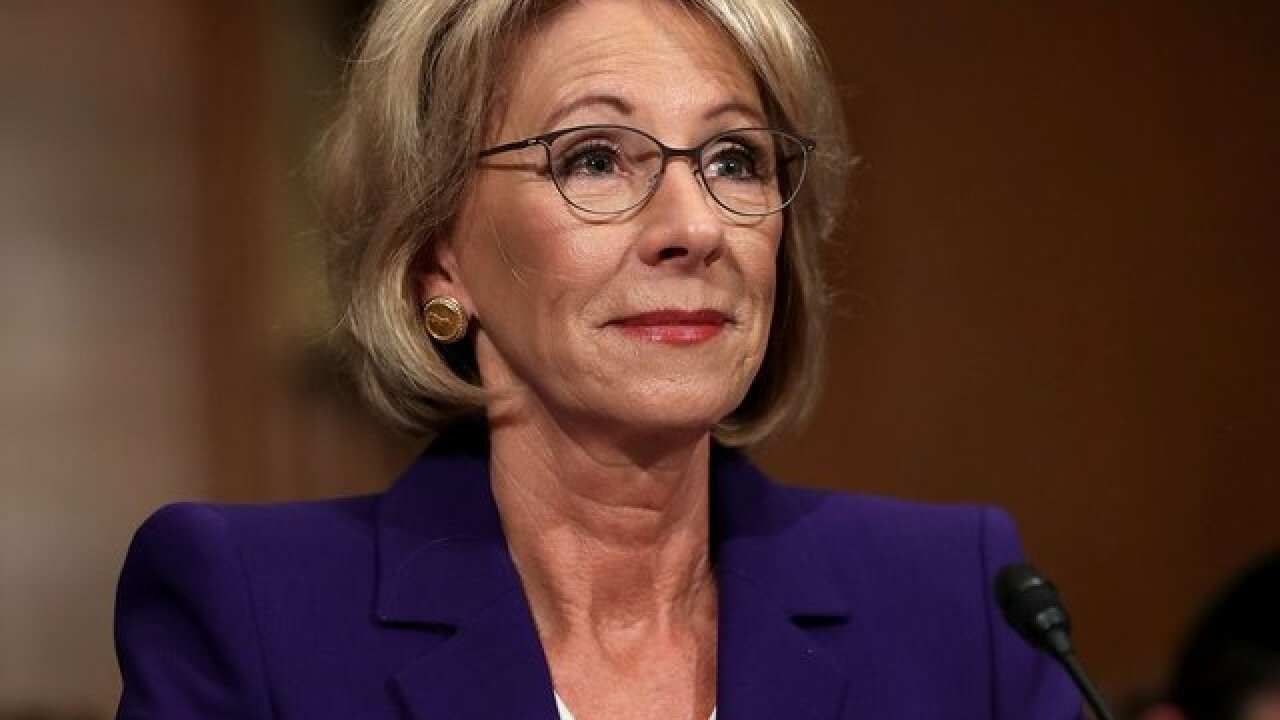 The Department of Education on Friday proposed new rules for dealing with sexual harassment and assault on college campuses that would bolster the rights of those accused of wrongdoing.

The proposed rules, which now face a public comment period of 60 days before they are enshrined, seek to narrow the definition of sexual misconduct on campuses at a time of national reckoning about sexual abuse.

"Every survivor of sexual violence must be taken seriously, and every student accused of sexual misconduct must know that guilt is not predetermined," Education Secretary Betsy DeVos said in a statement. "We can, and must, condemn sexual violence and punish those who perpetrate it, while ensuring a fair grievance process. Those are not mutually exclusive ideas. They are the very essence of how Americans understand justice to function."

The new rules would "adopt a clear definition of sexual harassment actionable under Title IX," which prohibits discrimination based on sex for schools and programs that receive federal funding, including protection from sexual harassment.

One stipulation would narrow the definition of sexual harassment to mean "unwelcome conduct on the basis of sex that is so severe, pervasive and objectively offensive that it denies a person access to the school's education program or activity." The new policy would be a departure from the Obama administration's broader definition of sexual harassment as "unwelcome conduct of a sexual nature."

The new rules also place an emphasis on "presumption of innocence" and would allow those accused the option of cross-examining their accusers.

The department's announcement on Friday was certain to be met with outrage from victim advocacy groups. Sexual abuse has been the subject of tremendous attention in the #MeToo era, and allegations of abuse have led to high-profile resignations in entertainment, media and political circles, and were a central factor in last month's confirmation of Supreme Court Justice Brett Kavanaugh.

Last year, DeVos announced the department was rescinding Obama-era guidance that pressed colleges to take accusations of sexual misconduct more seriously and provided guidelines for investigations and hearings. DeVos argued the older guidance denied proper due process to individuals who had been accused.

"The truth is that the system established by the prior administration has failed too many students. Survivors, victims of a lack of due process and campus administrators have all told me that the current approach does a disservice to everyone involved," DeVos said during a speech in September 2017, when she announced the department would be reviewing the policy.