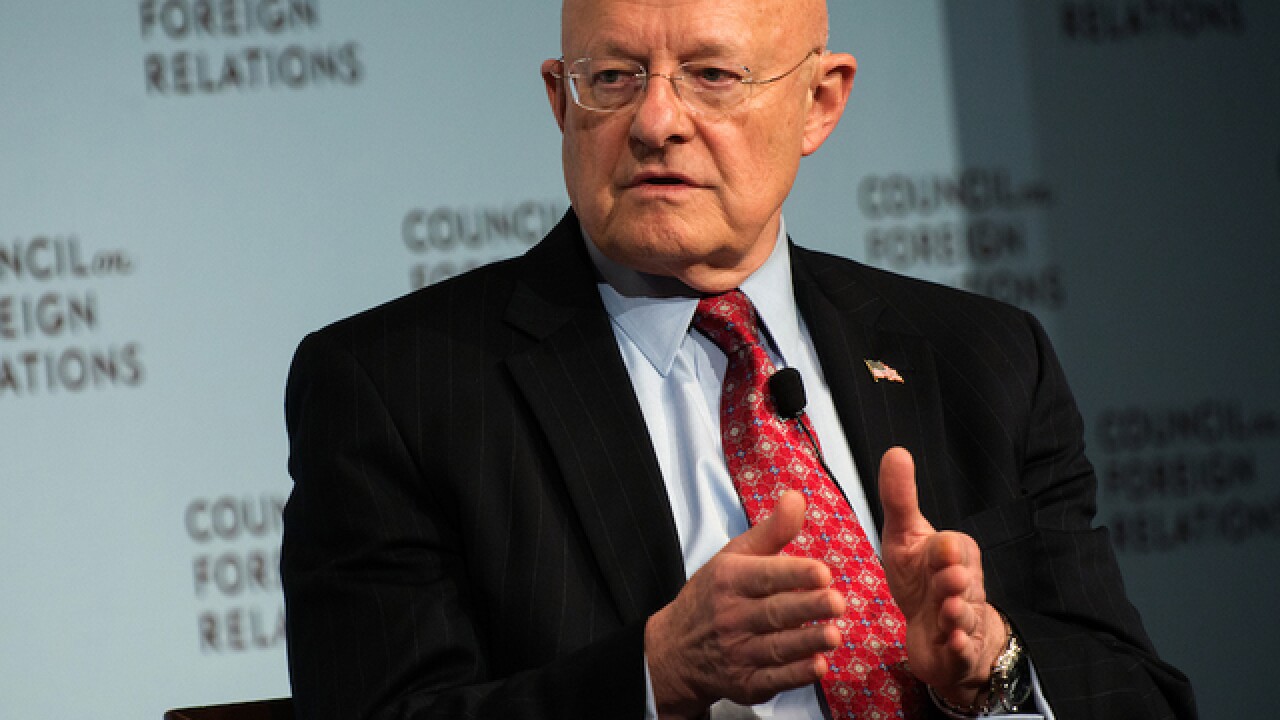 Copyright 2018 Scripps Media, Inc. All rights reserved. This material may not be published, broadcast, rewritten, or redistributed.
Bryan Thomas
NEW YORK, NY - MARCH 02: Director of National Intelligence James Clapper speaks at the Council on Foreign Relations on March 2, 2015 in New York City. Clapper spoke with Frances Fragos Townsend about the state of the intelligence community, in particular as it relates to issues in Iran, Yemen, Russia, and North Korea. (Photo by Bryan Thomas/Getty Images)

James Clapper has long said he planned to retire at the end of the Obama administration, and he told the House Intelligence Committee on Thursday that he submitted his letter of resignation on Wednesday evening.

Committee members jokingly asked him to stay on for perhaps four more years. Clapper says his wife probably would have a problem with that.

Clapper has held the job since August 2010. He was previously a lieutenant general in the Air Force and director of the Defense Intelligence Agency.

"Everybody needs to take a deep breath. Clapper is resigning effective January 20. He will finish out his term." @ODNIgov to @NPR 1/2