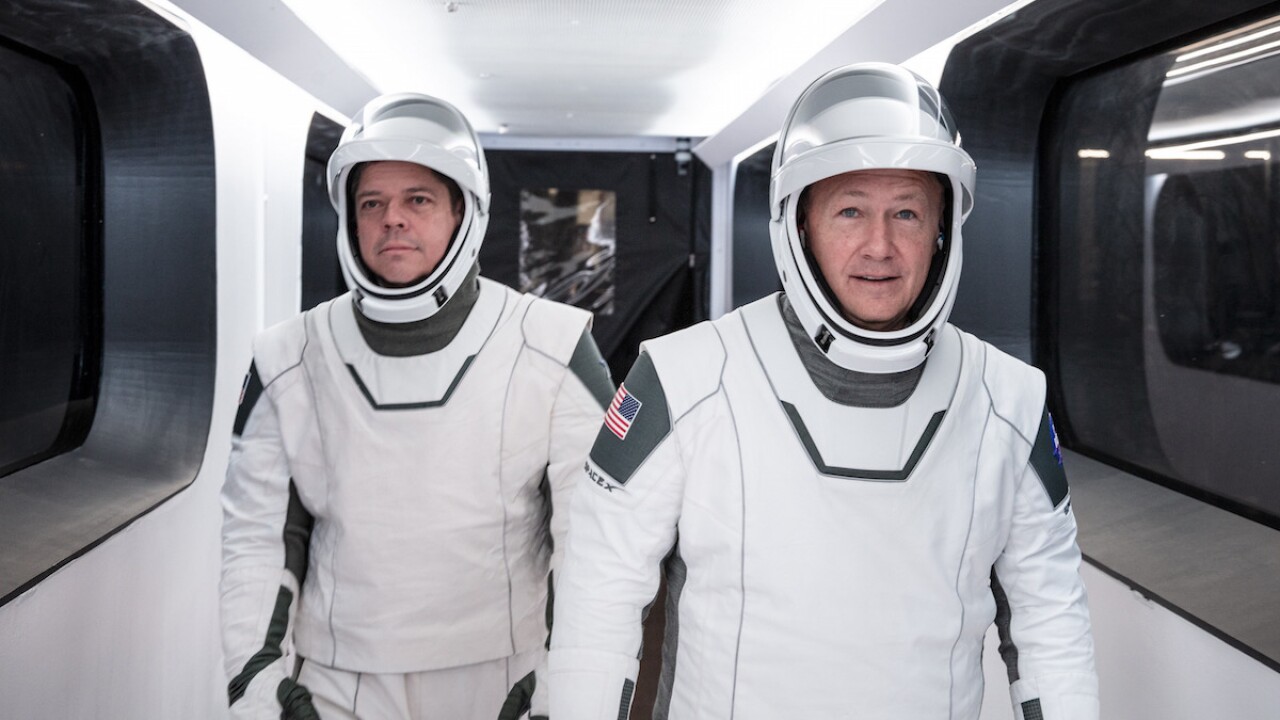 Here is our public domain dedication. https://creativecommons.org/publicdomain/zero/1.0/
SpaceX/AP
NASA astronauts Bob Behnken, left, and Doug Hurley, wearing SpaceX spacesuits, walk through the Crew Access Arm connecting the launch tower to the SpaceX Crew Dragon spacecraft during a dress rehearsal at NASA’s Kennedy Space Center in Florida on Jan. 17, 2020. A SpaceX Falcon 9 rocket and Crew Dragon spacecraft stand on the launch pad at Launch Complex 39A ahead of the company’s uncrewed In-Flight Abort Test. The flight test will demonstrate the spacecraft’s escape capabilities in preparation for crewed flights to the International Space Station as part of the agency’s Commercial Crew Program. Behnken and Hurley are slated to fly on the company’s first crewed mission, Demo-2.

Retired Marine Col. Doug Hurley will be in charge of launch and landing, a fitting assignment for the pilot of NASA's last space shuttle mission.

They'll end a nine-year launch drought for NASA when they blast off aboard a SpaceX Dragon capsule atop a SpaceX Falcon 9 rocket from Florida.

Liftoff is set for next Wednesday.