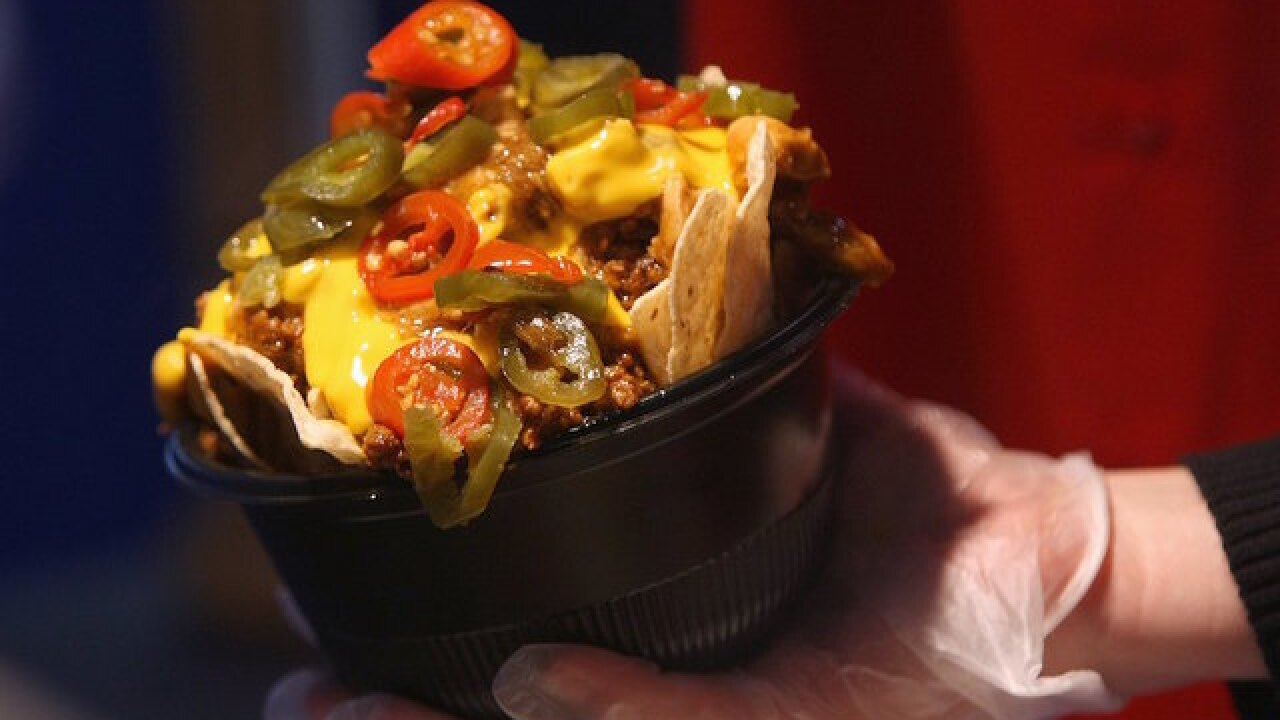 Jonathan Daniel
<p>A worker prepares nachos for a customer before the Opening Day game between the Milwaukee Brewers and the Chicago Cubs on April 10, 2009 at Miller Park in Milwaukee, Wisconsin.</p>

YOUNGSTOWN, Ohio (AP) — Police in Ohio are accusing a woman of selling sex for $60 and some nachos.

Officers say she first wanted $50 and some nachos and later upped her price to $60.

Police say that when the undercover officer later met the woman in the parking lot of a Mexican restaurant, she asked if he had the extra money and her nachos.

WKBN-TV in Youngstown reports Hotlosz has been charged with solicitation and possession of criminal tools.

A message seeking comment was left with her attorney on Friday.