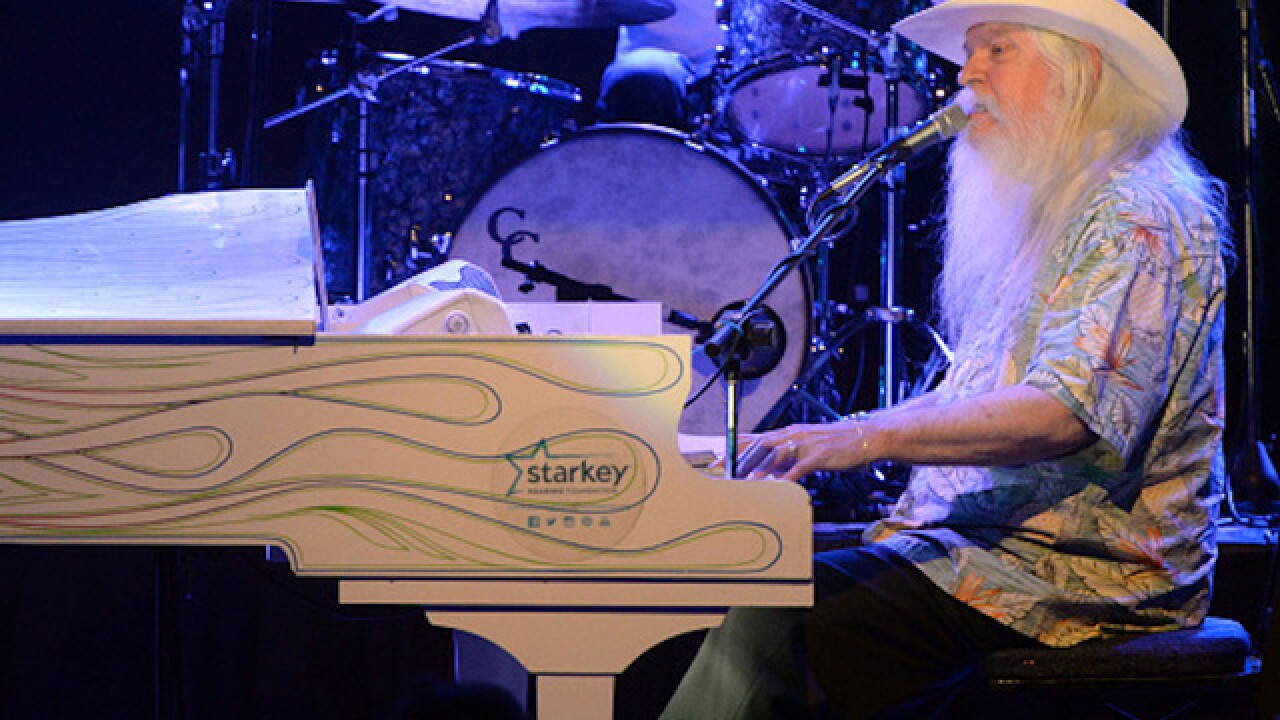 A cause of death was not announced. Russell was age 74 at the time of his death.

He released a No. 1 selling single in 1978 titled "Heartbreak Hotel," alongside fellow musician Willie Nelson.

Russell was nominated for a Grammy for the album "The Union." Russell collaborated with Elton John on the 2010 album.

"My darling Leon Russell passed away last night. He was a mentor, inspiration and so kind to me," John tweeted Sunday morning. "I loved him and always will."

In 2011, Russell was inducted into the Rock 'n Roll Hall of Fame.

Since suffering from a heart attack in the summer, Russell canceled all of his appearances, with the hope of returning to the stage in 2017. His last performance came on July 10 in Nashville.