9 dead in bus crash heading to Phoenix on I-40, police say 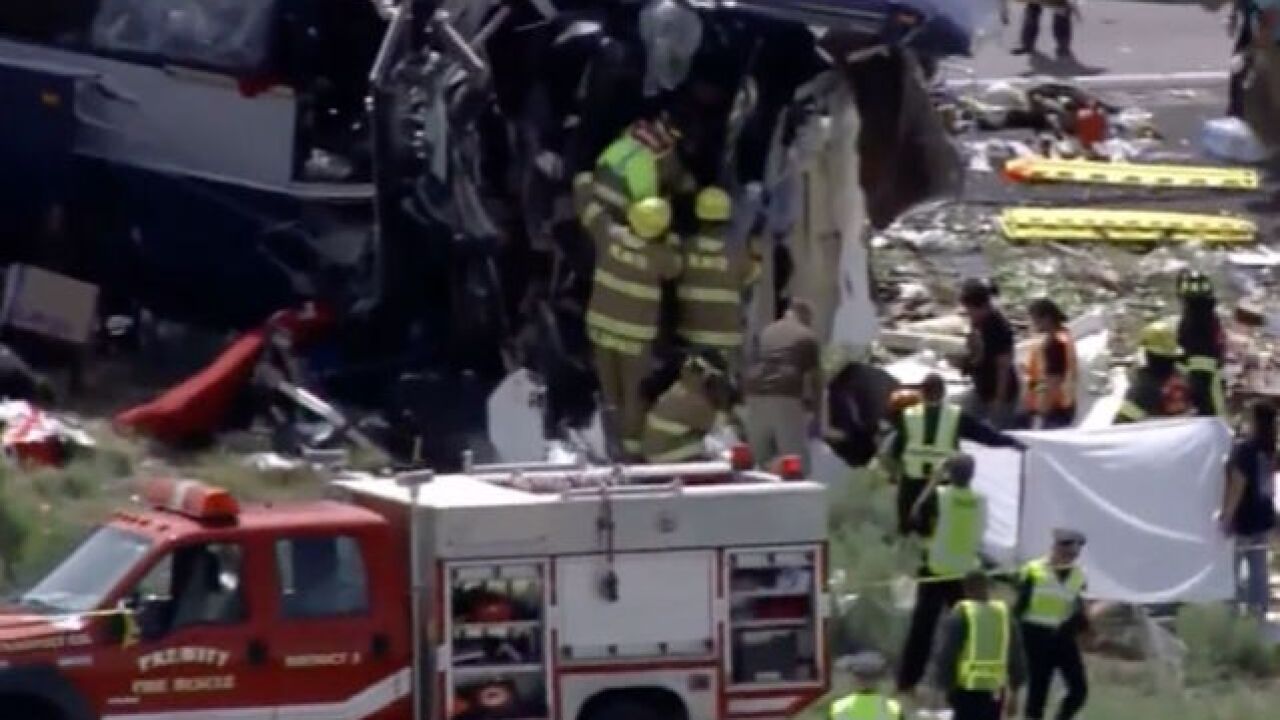 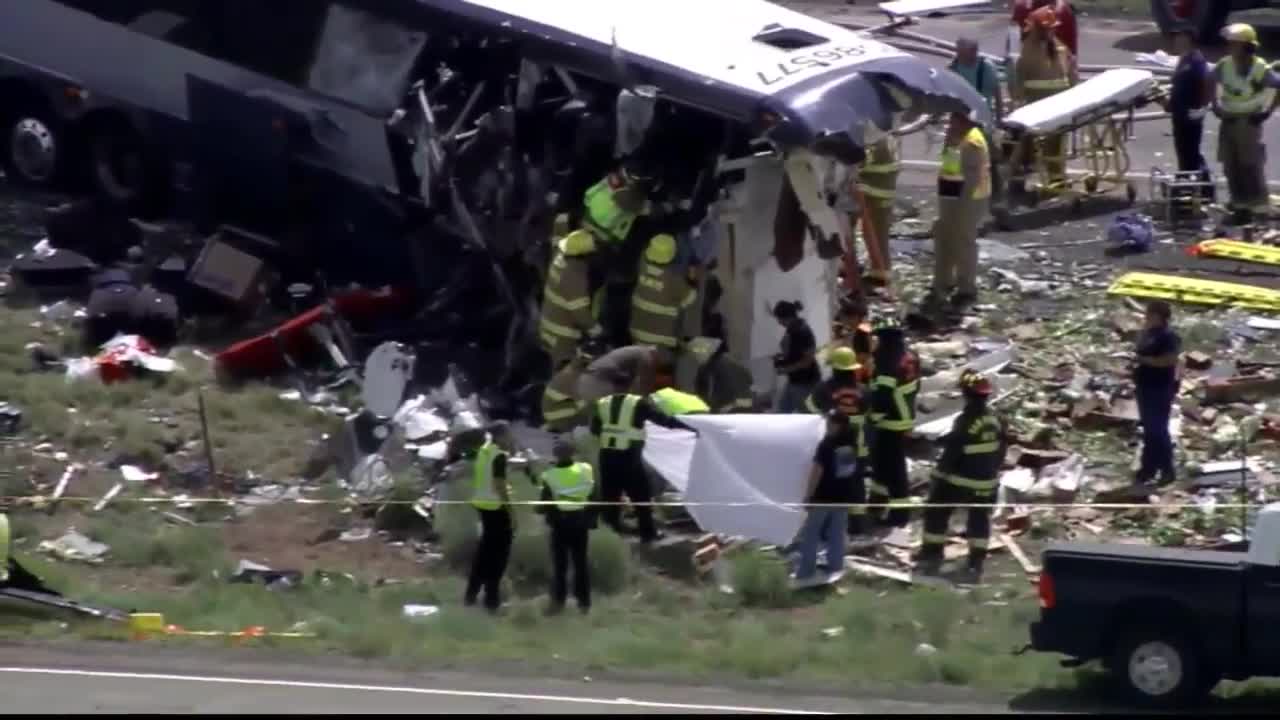 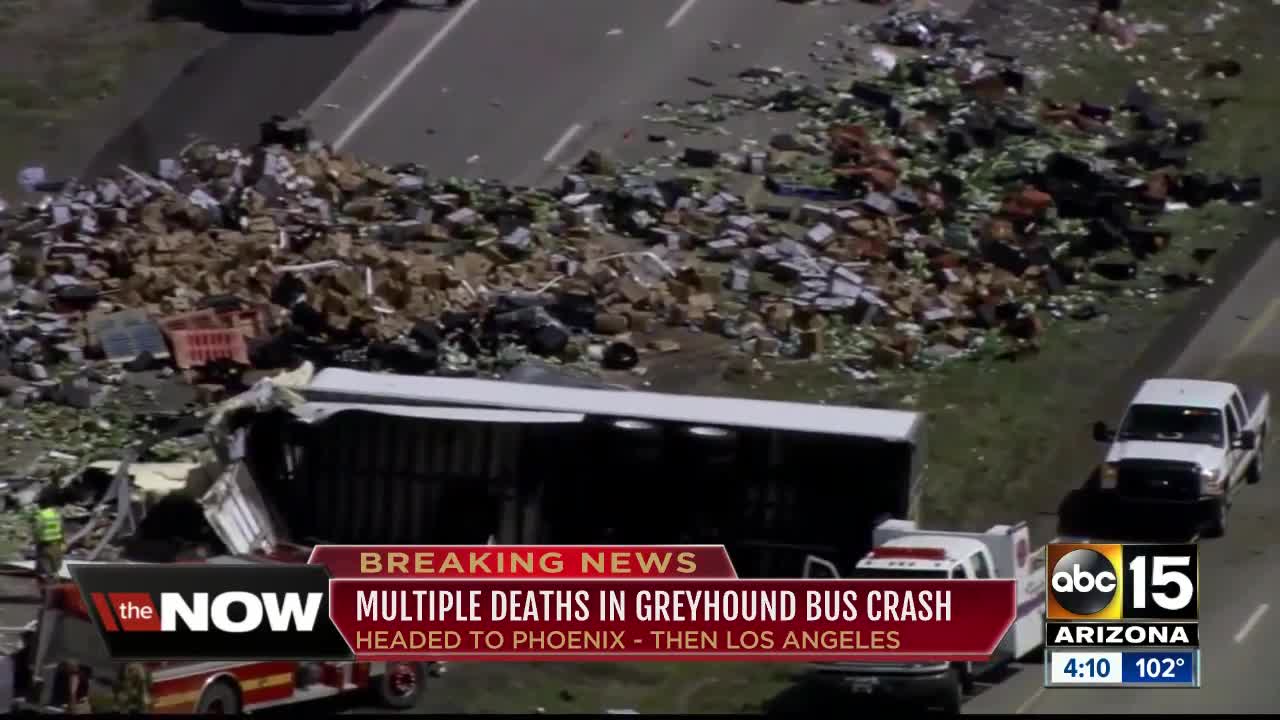 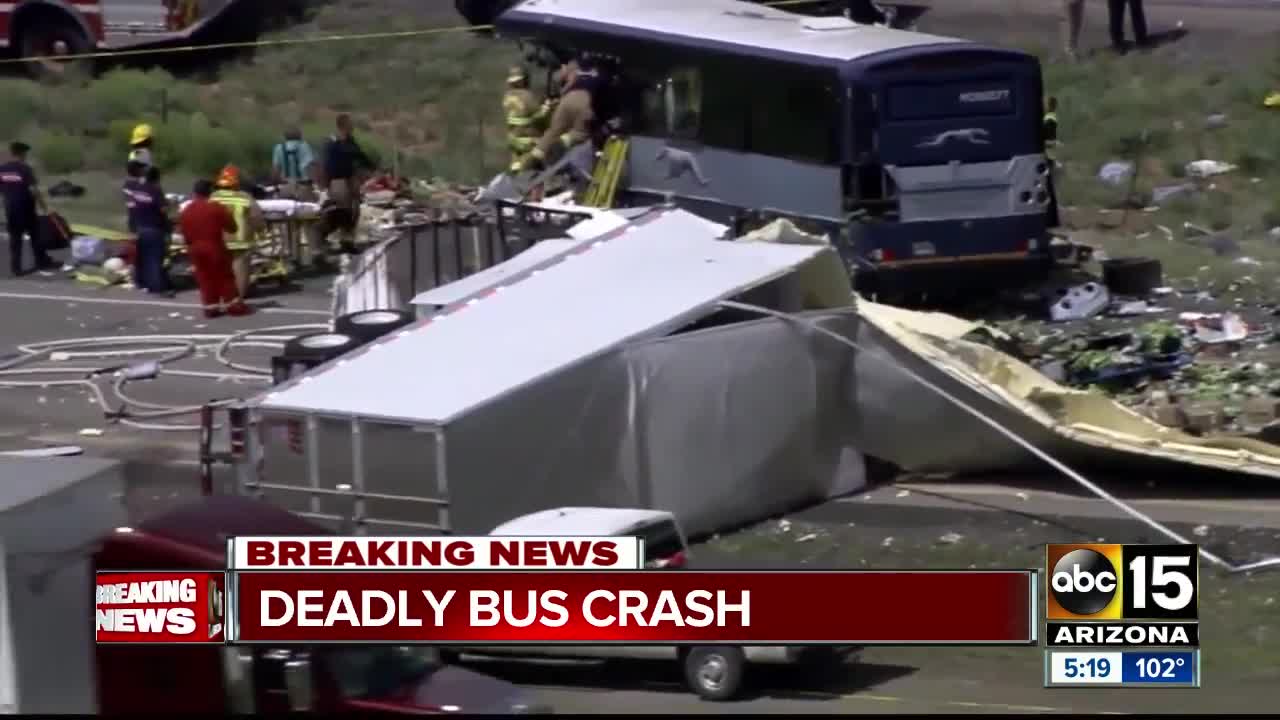 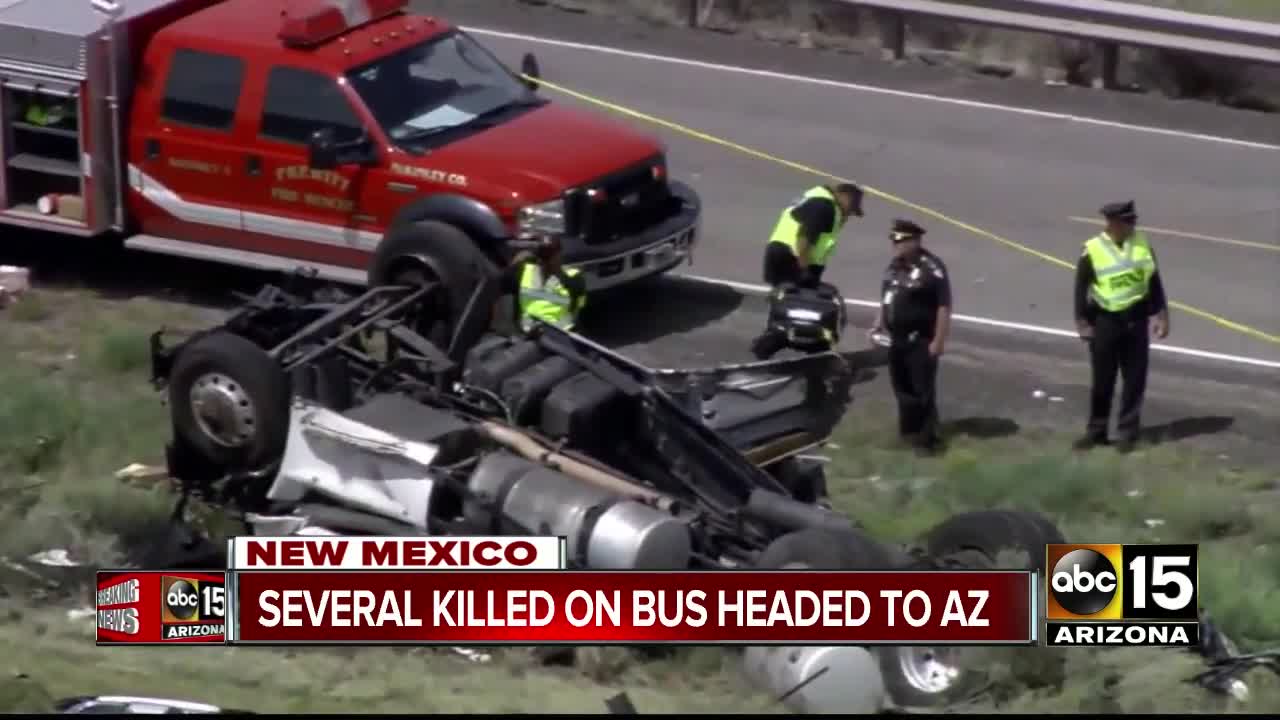 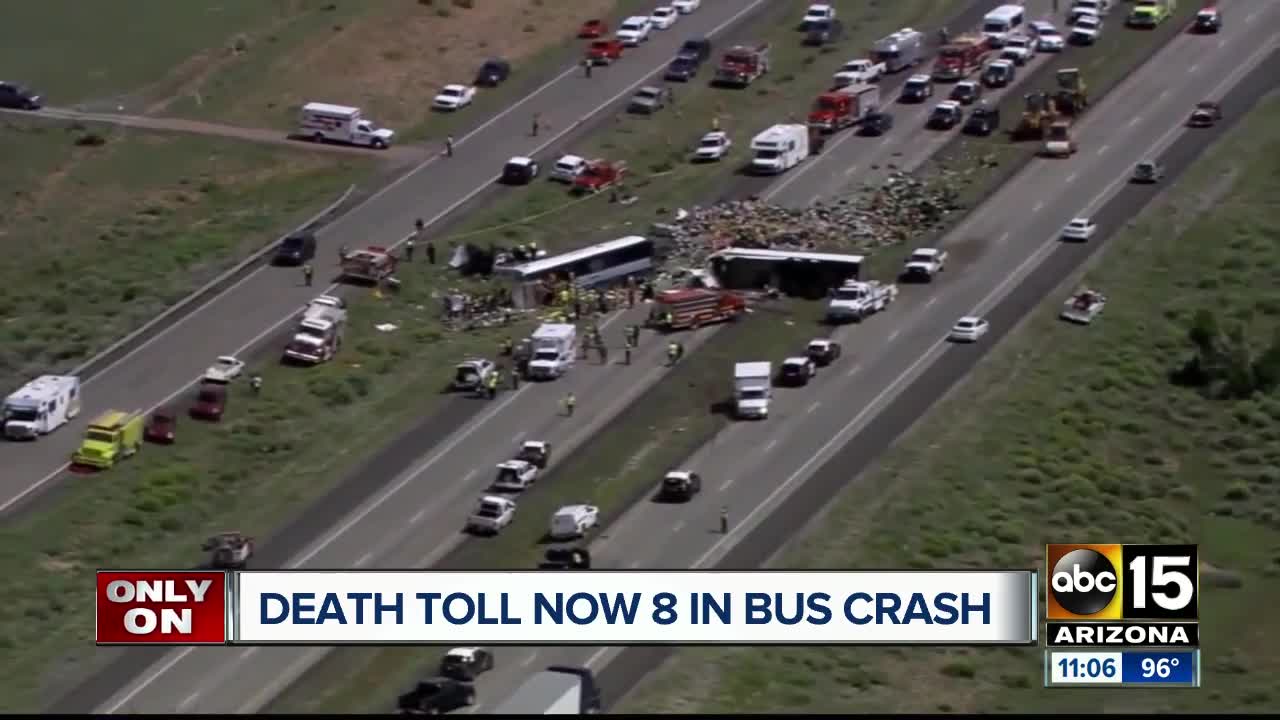 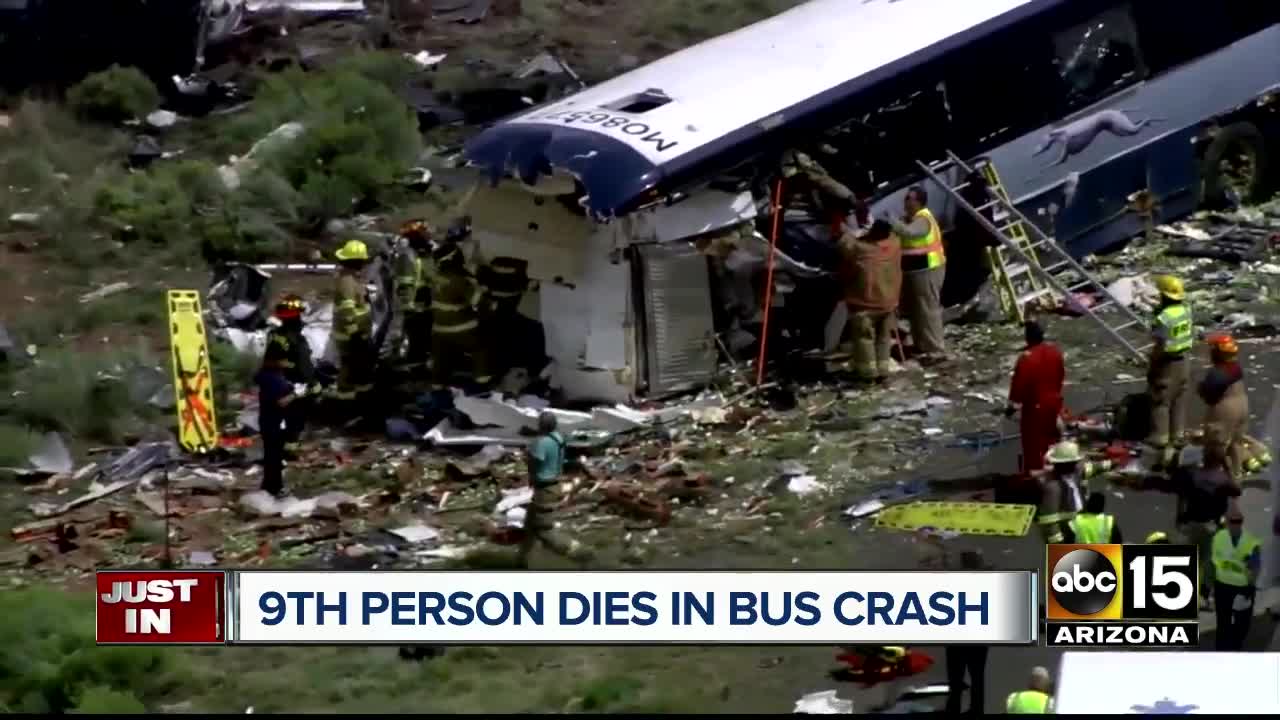 New Mexico State Police confirmed in an evening update that eight people had died in the crash and that many people were hospitalized with serious injuries.

Weeks after the crash, the University of New Mexico Health Sciences Center confirmed that another patient had passed, bringing the death toll to nine.

We continue to treat three (3) patients from the #ThoreauCrash. Two have been discharged and one patient has passed away. @UNMHospitals

In an update Friday afternoon, NMSP Chief Pete Kassetas said a total of 33 people were injured when the left-front tire on an eastbound semi-tractor trailer failed, causing it to enter the median, jackknife and hit a westbound Greyhound bus head-on.

The driver of the Greyhound, identified as 49-year-old Louis Alvarez, was among those killed in the crash. A statement from the company said Alvarez had 27 years of experience with Greyhound.

In a Saturday evening update, the Office of the Medical Investigator identified four passengers who died from the crash through fingerprints. They have been identified as 50-year-old Sadie Thomas, 34-year-old Charla Bahe, 45-year-old Terry Mason, and 49-year-old Veronica Jean Williams.

The names of the others killed have yet to be released.

“My heart goes out to the families of these victims. We are always diligent to try and identify decedents quickly so we can release them back to their families,” said Dr. Kurt Nolte, Chief Medical Investigator. “We know there are other families who are still waiting for word of their loved ones and we are using several identification methods to make those identifications.”

Kassetas said all children involved in the crash survived.

GIMC released the following statement Friday regarding the crash:

On Thursday, a collision involving commercial vehicles on Interstate 40 near Thoreau, New Mexico, resulted in patients being transported to the Gallup Indian Medical Center, a level III trauma center in Gallup, New Mexico. GIMC treated 21 patients from the incident.  The medical center is a federal hospital operated by the Indian Health Service.

The most critical patients were transferred to the University of New Mexico hospital in Albuquerque.

Some injured were also sent to Rehoboth McKinley Christian Hospital.

Hospital officials say 10 people remain hospitalized as a result of the crash.

The crash sent the semi's cargo, produce from California on its way to Memphis, Tennessee, and debris from the two vehicles across the highway and median.

Josh Jones, was on the bus and told ABC15, "I went flying through the bus from the back to the front of the bus. Woke up on the floor. "

Greyhound says the bus was heading from Albuquerque to Phoenix and there were 49 passengers on board.

The crash forced the closure of the westbound lanes of the interstate and backed up travelers for hours.

Around 8 p.m, one westbound lane of Interstate 40 was re-opened, and both eastbound lanes were reopened at the scene of the crash.

A phone number was set up for family members seeking more information about people who were aboard the bus.

The New Mexico State Police say anyone looking for information about loved ones who were believed to be on the bus at the time should call 505-722-4246.

A ten-person team with the NTSB is investigating the scene. Victims of the crash who are not in the hospital are being offered rides to other Greyhound locations.

The semi and bus were taken to Gallup for examination, Kassetas said.

The semi belongs to JAG Transportation, out of Fresno, CA.

It was not clear whether the driver of the semi would face charges, though Kassetas said tire failure by itself is not a chargeable offense.