Ali's hometown joins together in celebration 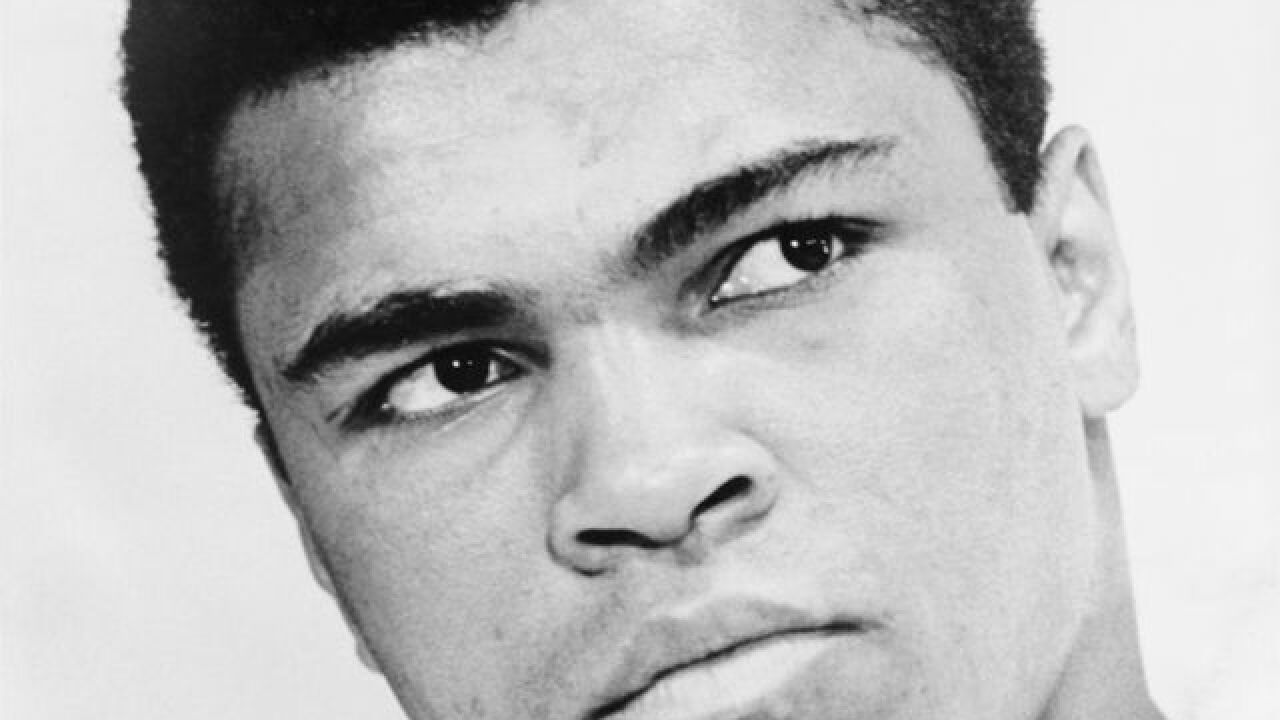 LOUISVILLE, Ky. (AP) — Muhammad Ali's younger brother wept, swayed to hymns and hugged anyone he could reach. He raised his hands to the sky, eyes closed, surrounded by congregants at the church where their father once worshipped.
Rahaman Ali took center stage at the two-hour service at King Solomon Missionary Baptist Church, sitting in a front-row pew with his wife, Caroline. The church is not far from the little pink house in Louisville's west end where the Ali brothers grew up.
It was one of several emotional remembrances Sunday as the city joined together to mourn its most celebrated son, the Louisville Lip. Later this week, politicians, celebrities and fans from around the globe are expected for a Friday memorial service that Ali planned himself with the intent of making it open to all.
An airplane carrying the boxing great's body landed in his grieving hometown Sunday afternoon.
At services all over town, they recited Ali's words on religion: "Rivers, lakes, ponds, streams, oceans all have different names, but they all contain water," Ali once said. "So do religions have different names, and they all contain truth."
At a Sunday evening memorial at the Louisville Islamic Center, speakers from many faiths — Muslims, Christians, Catholics, Jews — lamented that Ali's death came at a time when political rhetoric is getting more divisive.
They did not mention Republican presidential candidate Donald Trump by name, but the reasons for the theme were clear. The Republican presidential candidate said he would temporarily ban all Muslims from entering the United States, a proposition Ali used one of his last public statements to rebuke.
"When the clamor of the disaffected targets those considered other we need someone to cry out that people are not born other — we make them other, through our fear, through our prejudice, our hatred, our desire to grasp for more than is rightfully ours," said Rev. Derek Penwell, who leads a Christian church in Louisville. "We need a voice who knows that true power is to help us to see that our determination to love in spite of our fear is the greatest expression of power that human beings can muster."
Ali famously converted to the Islamic faith and refused to fight in the Vietnam War, though it cost him years of his boxing career. He insisted throughout his life that people of all faiths and colors should come together in peace, and the speakers at the Islamic Center pondered whether anyone else has the strength or statute to take on the fight.
"Now who will push back the agents of hatred and watch our back?" asked Dr. Muhammad Baber. "When we fight these demons of Islamophobia, who will show the light to our youth surrounded by traitors of terror? ... Who will testify for our innocence in this season of witch hunting?"
Even after his conversion, Ali sometimes attended King Solomon Missionary Baptist Church. Ali's father, Cassius Clay Sr., a painter, was an active member of the congregation before his death decades ago. He painted a mural of Jesus' baptism that still hangs behind the pulpit.
"There is no greater man that has done more for this city than Muhammad Ali," the church's assistant pastor, Charles Elliott III, said Sunday morning, drawing a round of "amens" and prolonged applause from the congregation.
Elliott recalled the comical side of the former boxing champion and global humanitarian, who died Friday night at an Arizona hospital.
Elliott said his grandmother was once a nanny to Ali's family. He visited as a wide-eyed young boy, he said, and recalled the house had an elevator and a parrot who called out: "Here comes the champ, here comes the champ."
His father, the Rev. Charles Elliott Jr., knew Ali for decades and remembered his generosity. He recalled when he was raising money in the 1960s to keep a program running to feed the city's hungry, and Ali cut him a check. At the time, the program offered food twice a week, he said.
"He came in and he said, 'Reverend, let's feed 'em every day. I'll give you a check.'"
Copyright 2016 The Associated Press. All rights reserved. This material may not be published, broadcast, rewritten or redistributed.