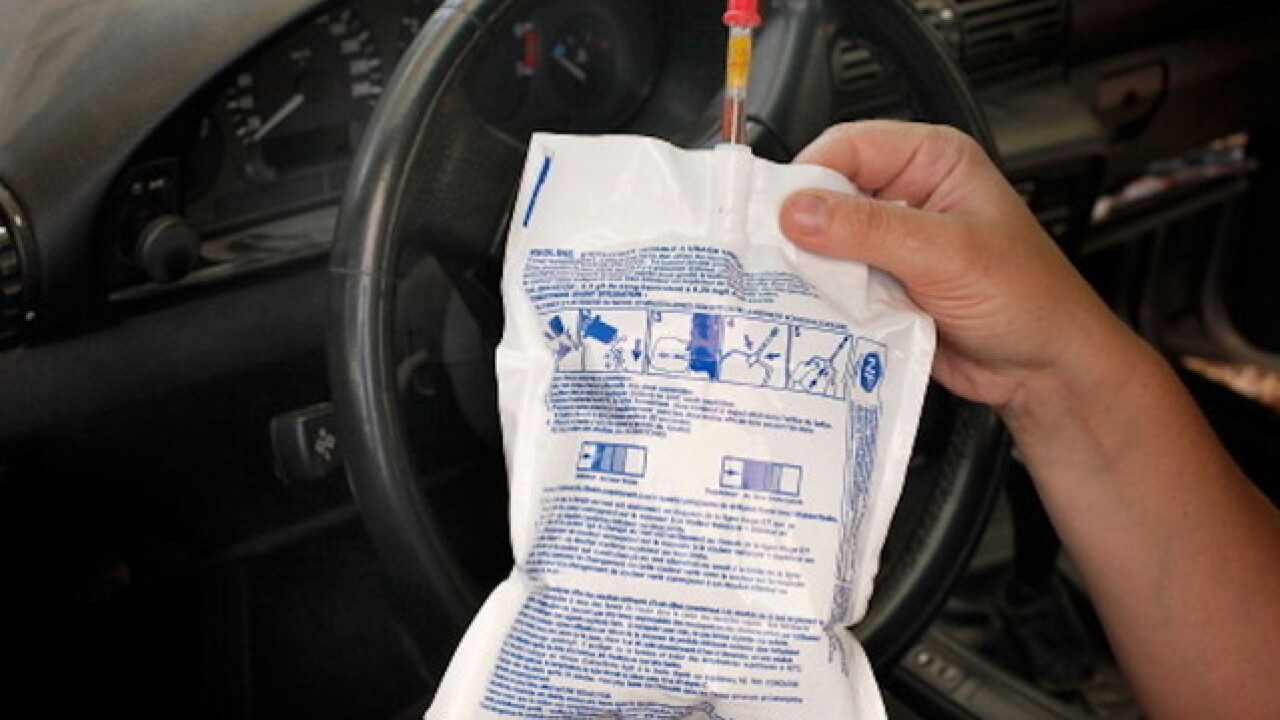 Copyright Getty Images
Patrick Aventurier
<p>NIMES, FRANCE - JULY 04: A motorist breathalyser is displayed on July 4, 2012 in Nimes, France. A law enacted during the former government of Nicolas Sarkozy ordered drivers to have two breathalysers in their cars. After November 1, motorists will face a 11 euros fine if they are in violation with the hope of saving 500 lives a year. (Photo Illustration by Patrick Aventurier/Getty Images)</p>

A 36-year-old Pennsylvania woman faces multiple charges after law enforcement accused the woman of using her daughter's breath to blow into a DUI prevention device, which is meant to stop drunk drivers from using a vehicle.

According to the Harrisburg Patriot-News, Angela Daywalt, of Waynesboro, was charged with drunken driving, child endangerment, corruption of minors and traffic offenses. The charges stem from a crash on Feb. 13.

Eyewitnesses told law enforcement that the woman encouraged her 8-year-old daughter to blow into the DUI device, which measures the driver's blood alcohol level.