More refugees flee US for Canada 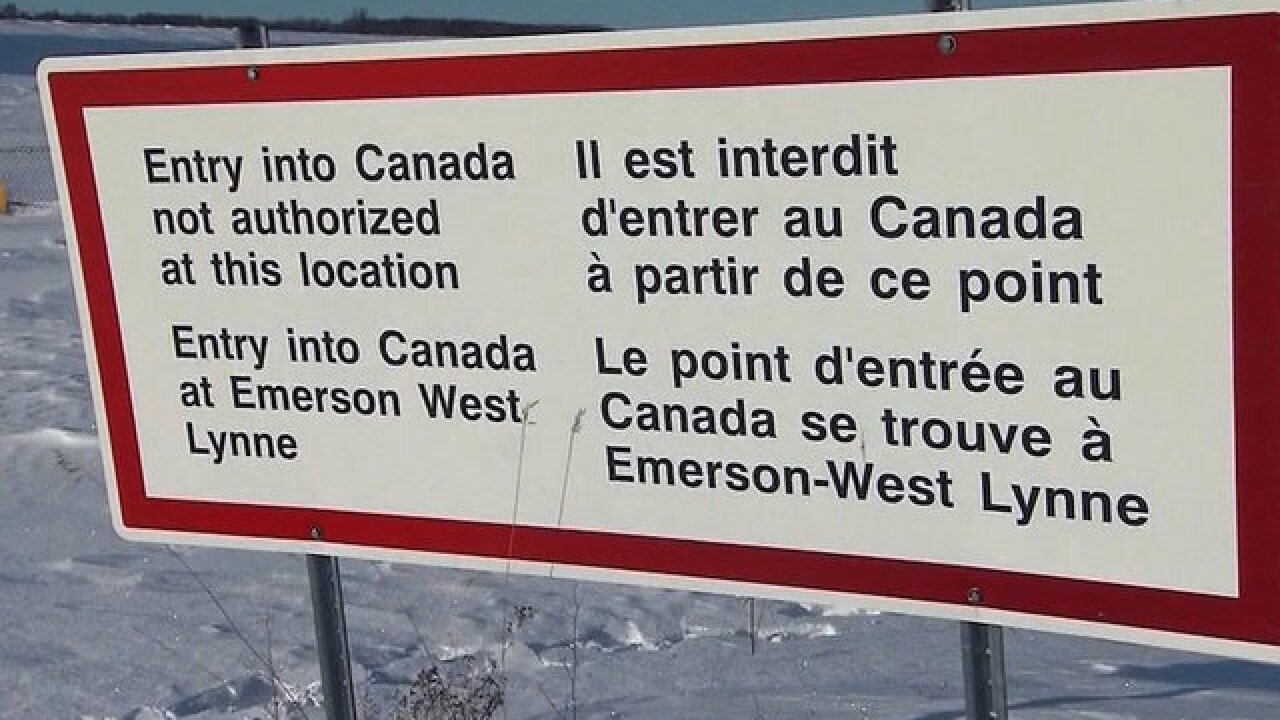 © 2017 Cable News Network, Inc.
CNN
<p>Twenty two people were found illegally crossing the border into the Canadian province of Manitoba this weekend, according to the Canada Border Services Agency. A stream of people in increasing numbers have recently fled for Canada, crossing through snow and dangerous, freezing conditions.</p>

(CNN) -- Twenty two people were found illegally crossing the border into the Canadian province of Manitoba this weekend, according to the Canada Border Services Agency.

A stream of people in increasing numbers have recently fled for Canada, crossing through snow and dangerous, freezing conditions.

Many of them say they are concerned about their lives and safety following President Donald Trump's executive order barring refugees and travelers from seven countries entry into the US.

Although Trump's executive order has been rejected by a US federal appeals court, refugees continue to risk their lives to get to Canada.

Here's Canadian Mounties greeting refugees from Somalia who walked across the border into Canada. THE CANADIAN PRESS photo by Paul Chiasson pic.twitter.com/CBAiKxHSSd

Canadian Prime Minister Justin Trudeau previously defended the importance of welcoming refugees, without explicitly referring to Trump's executive order. He said that those fleeing persecution, terror and war were welcome in Canada.

The 22 people who attempted to cross this weekend are being processed in accordance with Canadian law, according to a statement from the Canada Border Services Agency.

The Safe Third Country Agreement between Canada and the United States requires people to apply for refugee protection in the first safe country they arrive in -- under which, the US is considered a safe country.

But immigrant advocates in Canada want this law scrapped and say the US is no longer a safe country. They told CNN's Canadian partner network CBC that under the agreement, people who seek refugee status in Canada from the US will be turned away at official border crossings. As a result, this encourages people to make treacherous and dangerous journeys to sneak into the country.

In December, two Ghanians who were denied asylum in the United States walked into Canada in knee-deep snow and suffered frostbite that required amputations of their fingers.

Nearly a 100 people have crossed into the small border town of Emerson in nearly two months.

While border jumpers are not new in this town, the numbers are. What began as a few here and there has become groups of five or six, then groups of 10, families clutching children as young as 6 months.

The recent influx has pitted the town of Emerson in somewhat of a crisis. Many say they recognize the people fleeing in these conditions are clearly desperate, but want to ensure the safety and security of the border and their town.