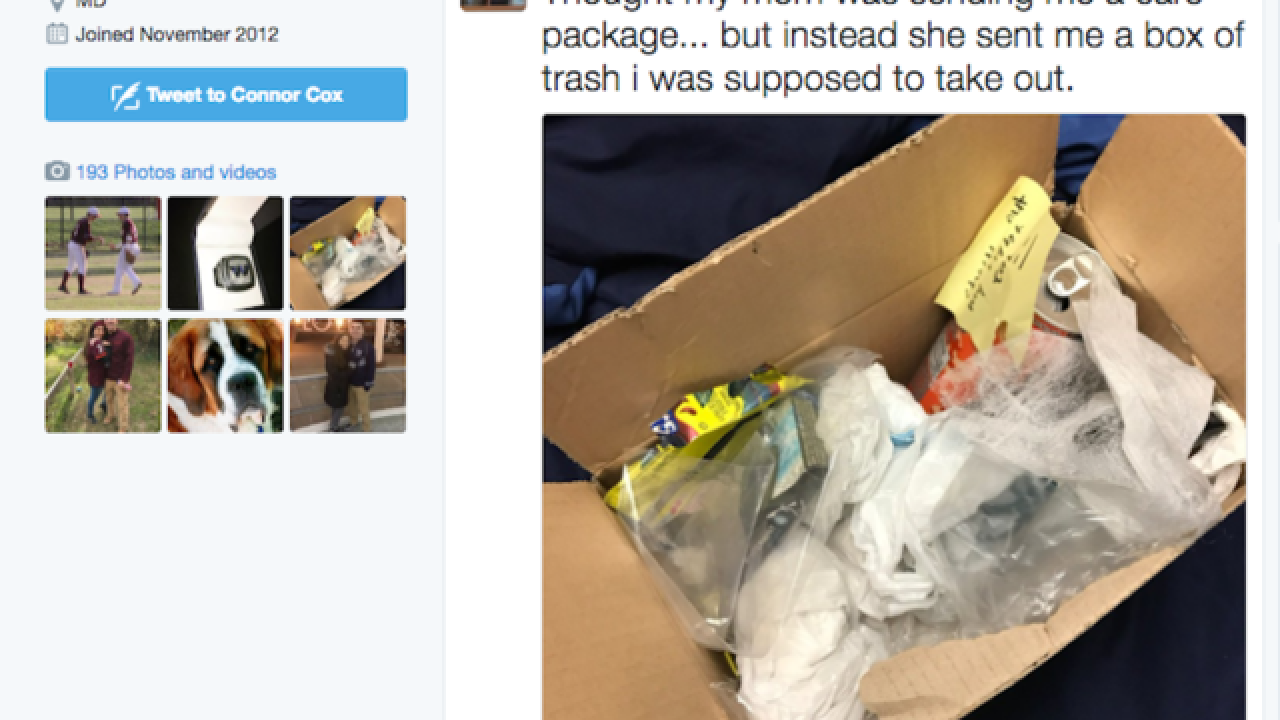 A student at Westminster College in New Wilmington, Pennsylvania got pranked ... by his mom.

Freshman Connor Cox opened what he presumed was a care package from his mother, Terri.

But after opening the box, he called his mom to find out what was going on. Instead of baked goods or detergent, the box contained garbage.

Terri informed her son that the box held the trash he was supposed to take out.

Cox appreciated the prank and tweeted an image of the "care package" contents.

Thought my mom was sending me a care package... but instead she sent me a box of trash i was supposed to take out. pic.twitter.com/UetdT5UoVP

Cox told ABC News the prank was not unusual.

"She has a good sense of humor," Cox said. "She's always really caring and she knows what to say at the exact time she should say it. She's a good mom."