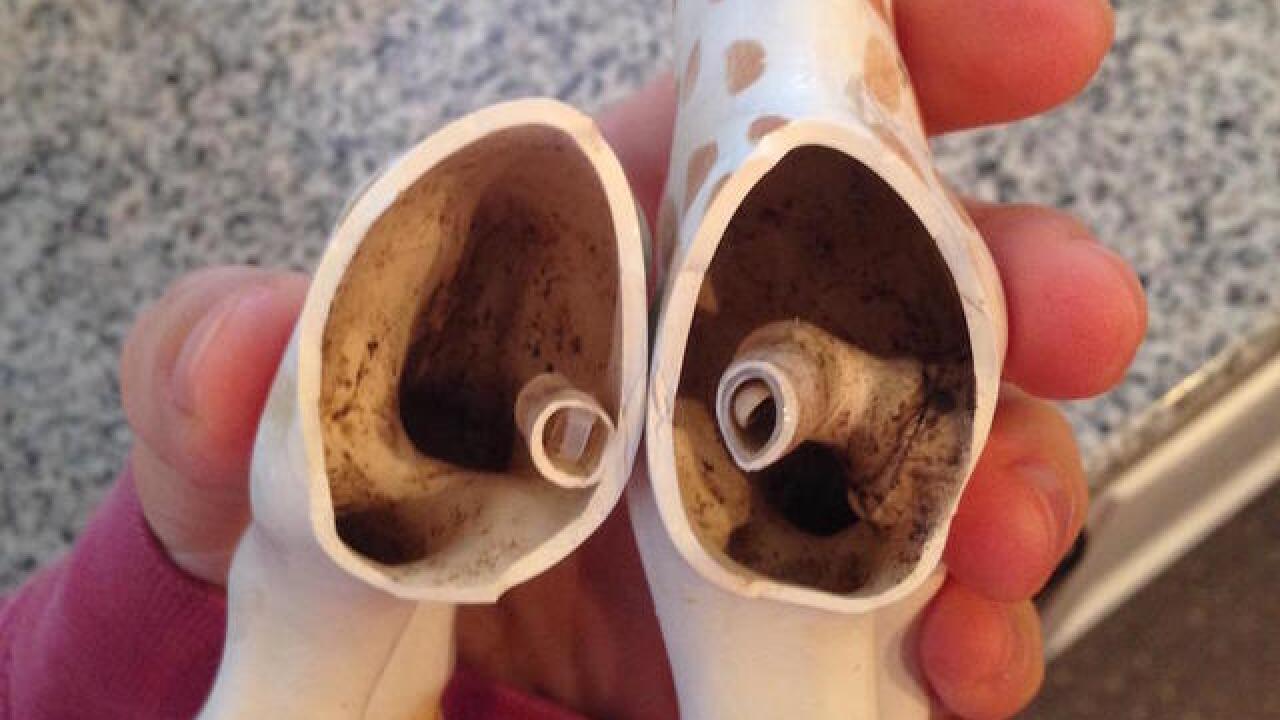 Copyright 2017 Scripps Media, Inc. All rights reserved. This material may not be published, broadcast, rewritten, or redistributed.
<p>Amazon.com</p>

Parents around the United States are checking their children's toys for mold after a Good Housekeeping Magazine story was released on Sunday claiming that mold was found inside a rubber Sophie the Giraffe toy.

"I decided to cut into Sophie out of curiosity and discovered a science experiment living inside," Chianese told Goodhousekeeping.com. "Smelly, ugly mold living in my infant's favorite chew toy."

Chianese added that she cleaned the toy with hot, soapy water per the toy's instructions. Chianese is not the only one who discovered mold in the toy.

Amazon customer Stephanie Oprea noticed mold inside of her two-year-old Sophie the Giraffe, according to a review she left on the site.

"If you have a drooly baby, moisture will get in the hole and you'll end up with mold! We've had ours for two years and the entire inside is coated with black mold," Oprea wrote on a post on Amazon's site.

A spokesperson for the toy acknowledged that the toy can get moldy if cleaning instructions are not followed.

"We recommend to clean the surface of (Sophie the Giraffe) with a damp cloth. It should not be immersed in the water nor rinsed off, to prevent water from getting inside, as she may become damaged," spokesperson Laurie Schraenen told Good Housekeeping.

Schraenen added that neither Oprea or Chianese have contacted the company.