Missing: A boulder weighing 1 ton. The Prescott National Forest would like it back 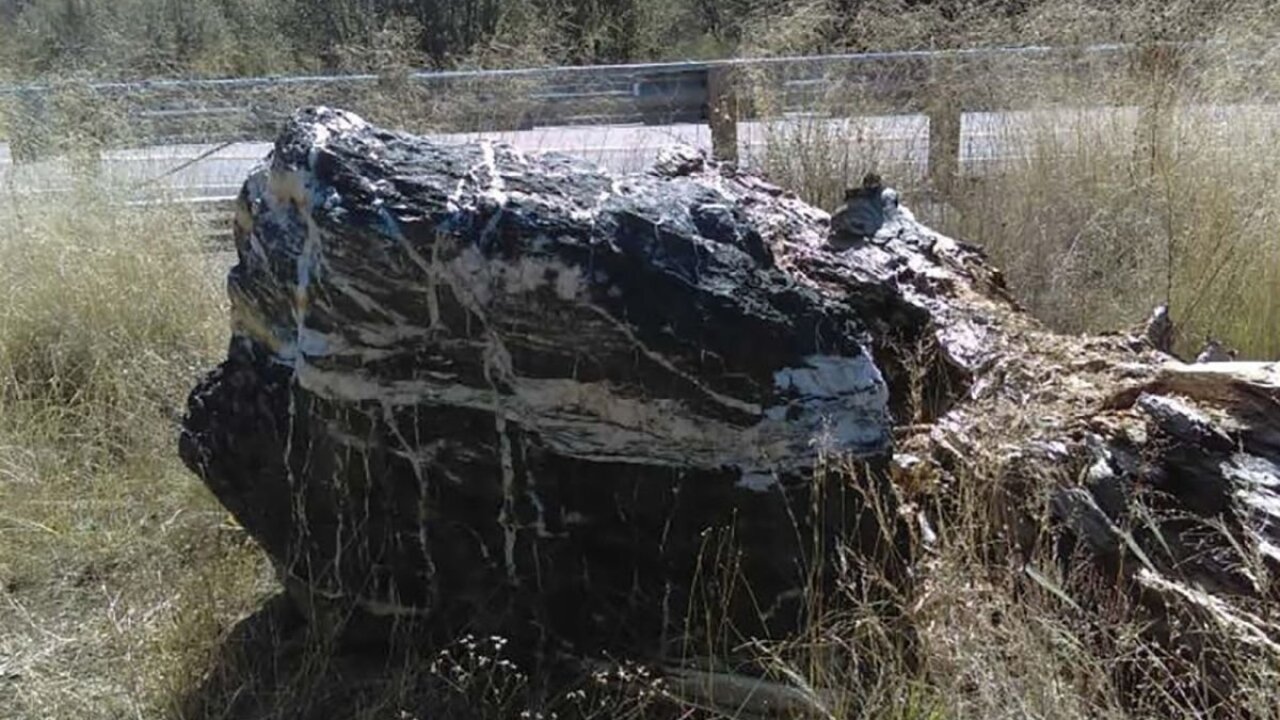 In a baffling act of thievery, a 1-ton boulder was somehow snatched from the side of a highway in Arizona's Prescott National Forest about two weeks ago. Now, Forest officials are reaching out to the public for help recovering the hefty loot.

The stately black boulder, commonly called "Wizard Rock" by locals, was a special staple of the community, said Prescott National Forest in a news release .

"It's unfortunate when we lose a treasure such as the Wizard Rock," said Sarah Clawson, district ranger for the Bradshaw Ranger District, in a statement. "Our hope is that it will be returned to us, and these recent recurring events will become an educational opportunity."

Removal of minerals from National Forest land without a permit is illegal, so the boulder bandit is facing a maximum fine of $5,000 or six months in jail, and possibly both.

U.S. Forest Service Law Enforcement is asking the public to come forward with any information related to the removal of the beloved rock, which has been a roadside attraction on Highway 89 for many years.

The forest says that people often stop to admire the rock, take pictures, and bring others to appreciate it.

Prescott has a history of rock robbery

Prescott National Forest has been the victim of boulder pilfering in the past, though sometimes with a happy ending.

In the past four months, the forest says, there have been two other illegal boulder removals in the forest. Forest officials speculate that the rocks ranging from 750 to 2,000 would have had to be removed with heavy equipment.

In 2009, though, an 80-pound heart-shaped rock was snatched from Granite Mountain Wilderness. After reading a story in the local paper about how much the rock meant to local residents, the thief returned it.