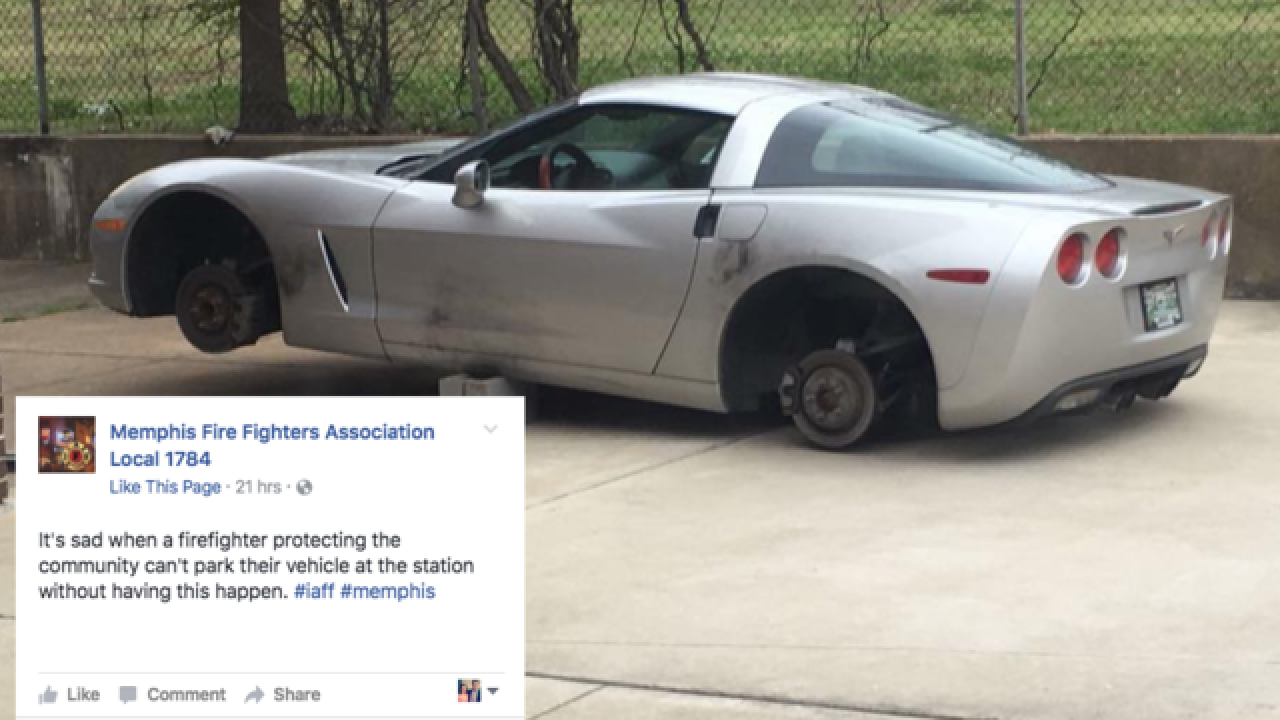 Memphis Fire Fighters Assoc. Local 1784
<p>This photo and message were posted by a group of Memphis firefighters who claimed one of their cars was stripped of its wheels outside the fire house.</p>

An image of a Tennessee firefighter's car that was apparently vandalized while parked outside a fire house is going viral on Facebook, as police look for the culprit.

"It's sad when a firefighter protecting the community can't park their vehicle at the station without having this happen," said Memphis Fire Fighters Association Local 1784 in a Facebook post on Thursday that included an image of a Chevrolet Corvette on blocks with its wheels removed.

Less than 24 hours later, the image had been shared more than 1,300 times.

Memphis TV station WMC reported that the theft happened some time between 3:30 a.m. and 6:30 a.m. on Thursday, based on an interview with the car's owner.

Police are seeking tips related to the incident.