The median U.S. household income has gone up 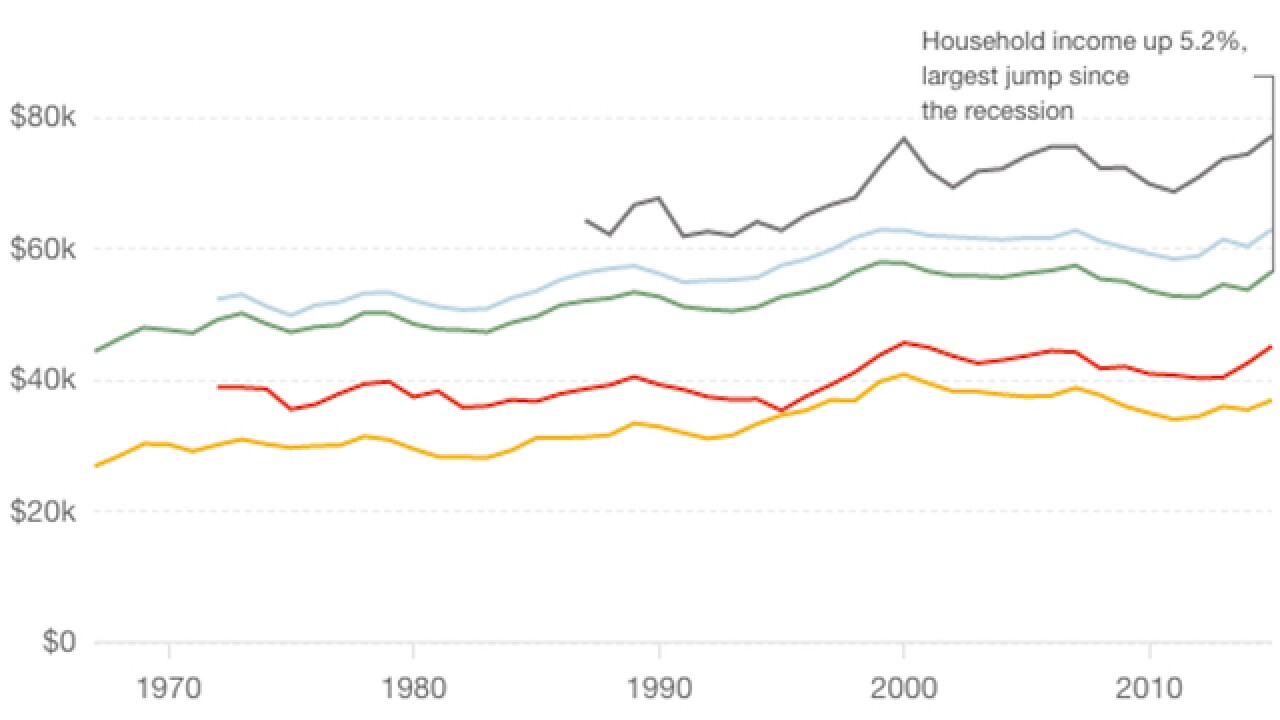 Even though the median household income in the U.S. has risen, it's lower than where it was nearly one decade ago.

The Census Bureau says it's the largest increase in the past 17 years .

Median household income in 2015 increased for Hispanics by 6.1 percent. Black households saw an increase of 4.1 percent.