McCain's youngest daughter to Trump: 'You are a child' 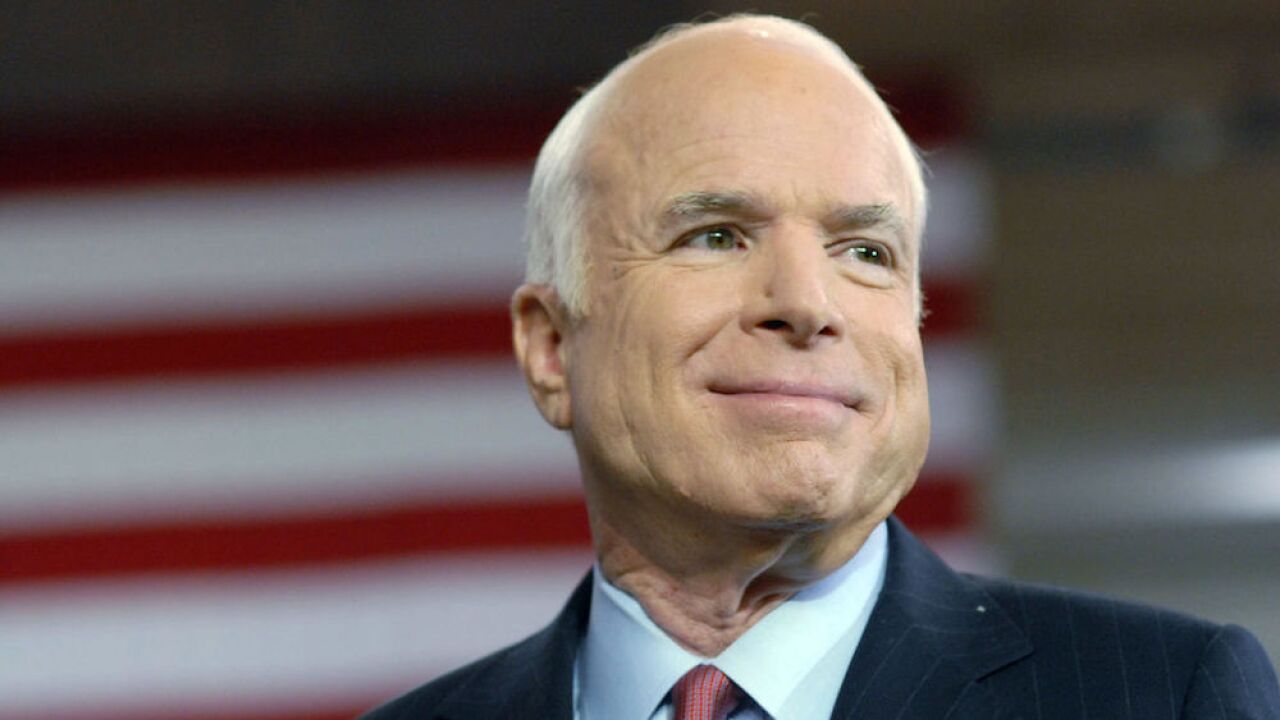 While the late Sen. John McCain's daughter Meghan McCain frequently clashes with President Donald Trump, it was youngest daughter Bridget McCain who criticized the president Thursday for disparaging her father, calling the President "a child."

Trump has ardently rekindled his feud with the late senator over the past week, bemoaning Wednesday how he " didn't get a thank you " for approving McCain's funeral in August after the senator's long battle with brain cancer. Bridget McCain broke her silence on the feud Thursday in a biting series of tweets.

"@realDonaldTrump Everyone doesn't have to agree with my dad or like him, but I do ask you to be decent and respectful," she tweeted . "If you can't do those two things, be mindful. We only said goodbye to him almost 7 months ago."

"@realDonaldTrump Even if you were invited to my dad's funeral, you would have only wanted to be there for the credit and not for any condolences," she added . "Unfortunately, you could not be counted on to be courteous, as you are a child in the most important role the world knows."

Meghan McCain, a co-host on "The View," applauded her sister's decision to speak up during a segment Thursday.

"My little sister Bridget, for the first time ever, has decided that she wants to speak out. She's very, very private. ... Anyone who knows anything about political history could probably surmise why she's chosen to lead a very private life, but she felt inclined to say and tweet this," McCain said.

"It's very brave of her -- she's young and she does not speak publicly," she added.

Meghan McCain accused the Trump family of lacking empathy, thanking the public for the outpouring of support for her family.

Meghan McCain also lambasted Trump last weekend for tweets slamming her father for his ties to the controversial Russia dossier and his dramatic thumbs-down vote against repealing Obamacare in 2017.

"No one will ever love you the way they loved my father," she tweeted Saturday. "I wish I had been given more Saturday's with him. Maybe spend yours with your family instead of on twitter obsessing over mine?"