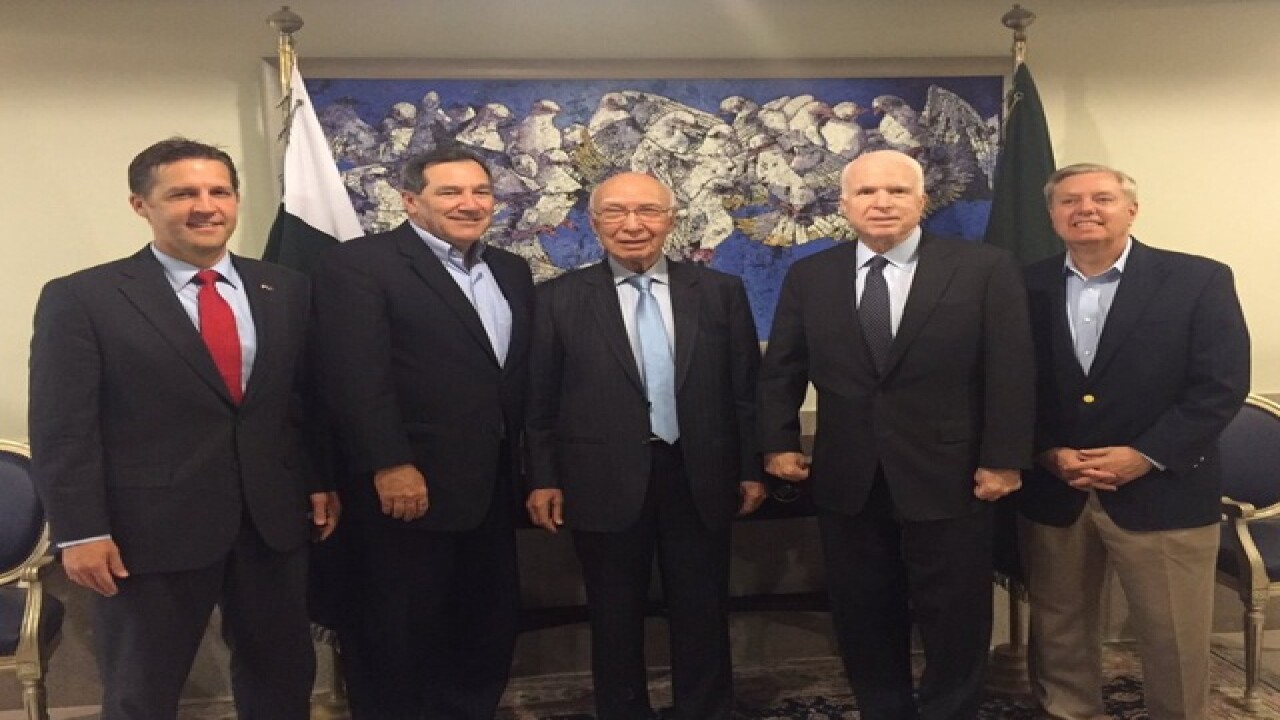 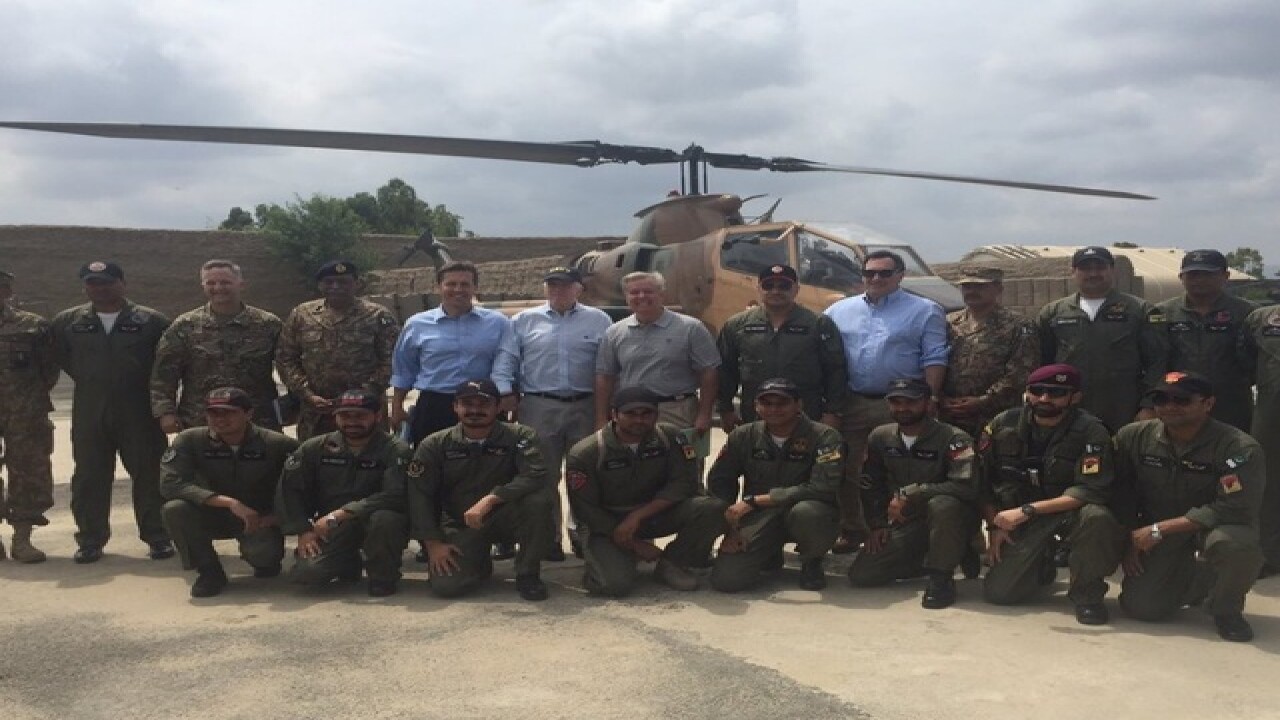 A U.S. Senate delegation paid a rare visit Sunday to a tribal region along the Afghanistan border that has long been considered a stronghold of al-Qaida, the Taliban and other insurgents.

The delegation led by Sen. John McCain, R-Ariz. and chairman of the Armed Services Committee, visited the North Waziristan tribal region, a statement from Pakistan's Foreign Office said. McCain posted pictures on his Twitter account of the delegation visiting Pakistani helicopter pilots at an air base in Miram Shah.

Foreigners are largely banned from the tribal region, where Pakistan has been waging a military offensive to root out insurgents for two years. The U.S. frequently carries out drone strikes in the region targeting Taliban and al-Qaida leaders.

The U.S. and Pakistan have had fraught relations in recent years, with U.S. officials and many analysts accusing Pakistan of turning a blind eye to some insurgents, including the Afghan Taliban. Pakistan has been critical of the U.S. drone campaign, which has killed scores of civilians over the years.

McCain added that he was "very impressed" with the progress in North Waziristan.