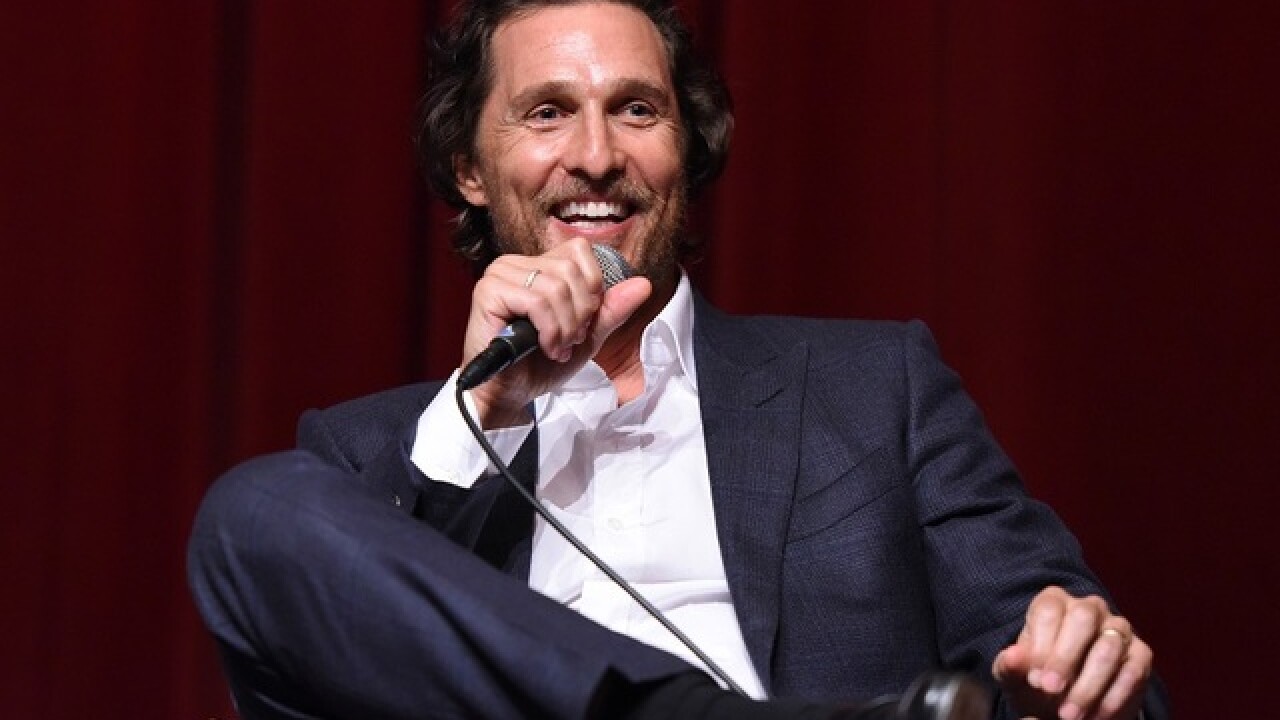 By: Mina Abgoon
Posted at 12:32 AM, Dec 01, 2016
If there’s one thing actor Matthew McConaughey has – aside from a successful career and an Oscar, that is – it’s school spirit.
The movie star, 47, visited his alma mater, the University of Texas on Friday night as the football team faced off against TCU, Time reports.
He did more at UT than just watch the game, though.
McConaughey stuck around to help drive students home Monday night as part of the school’s safe rides program, SURE (Students United for Rape Elimination) Walk.
UT’s student government posted a photo of McConaughey’s participation on Facebook, writing “Longhorns take care of each other, and it’s ‘safe’ to say Matthew McConaughey agrees.”
As Time notes, McConaughey’s appearance on campus isn’t a one-time thing -- he’s technically co-teaching an advanced filmmaking seminar at the college this semester, meaning he’ll be around from time to time.
Copyright 2016 Scripps Media, Inc. All rights reserved. This material may not be published, broadcast, rewritten, or redistributed.