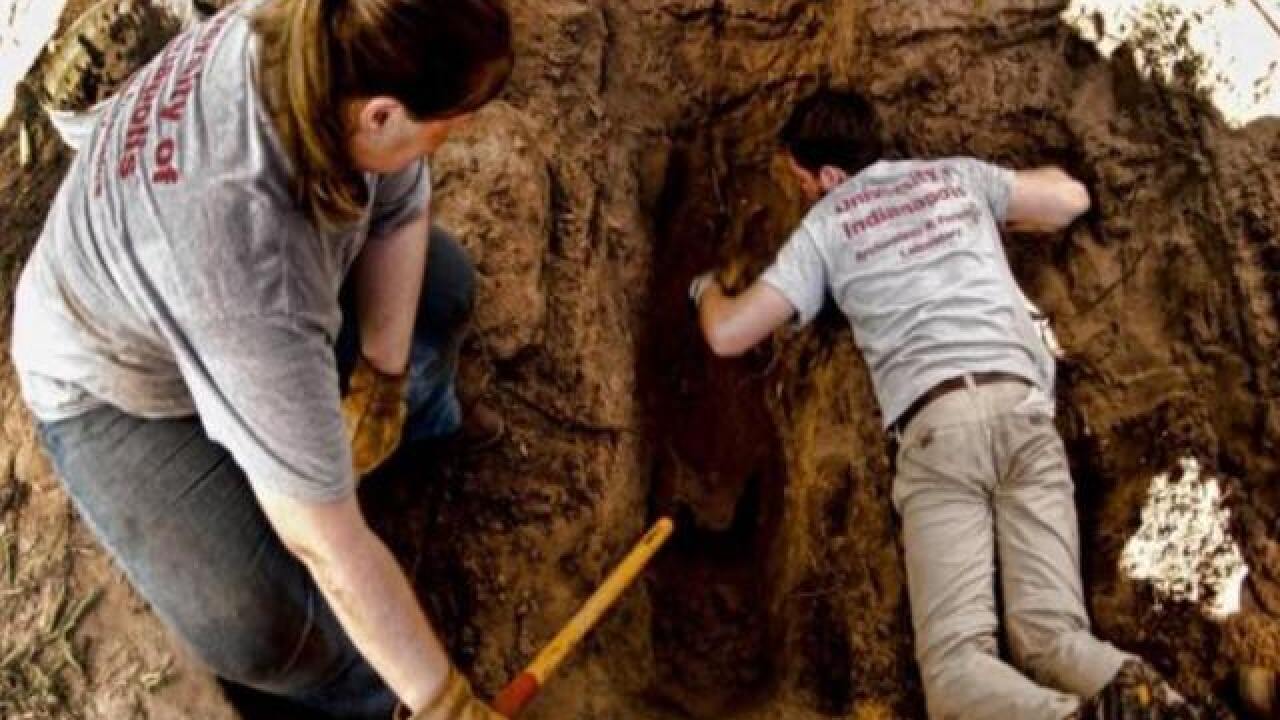 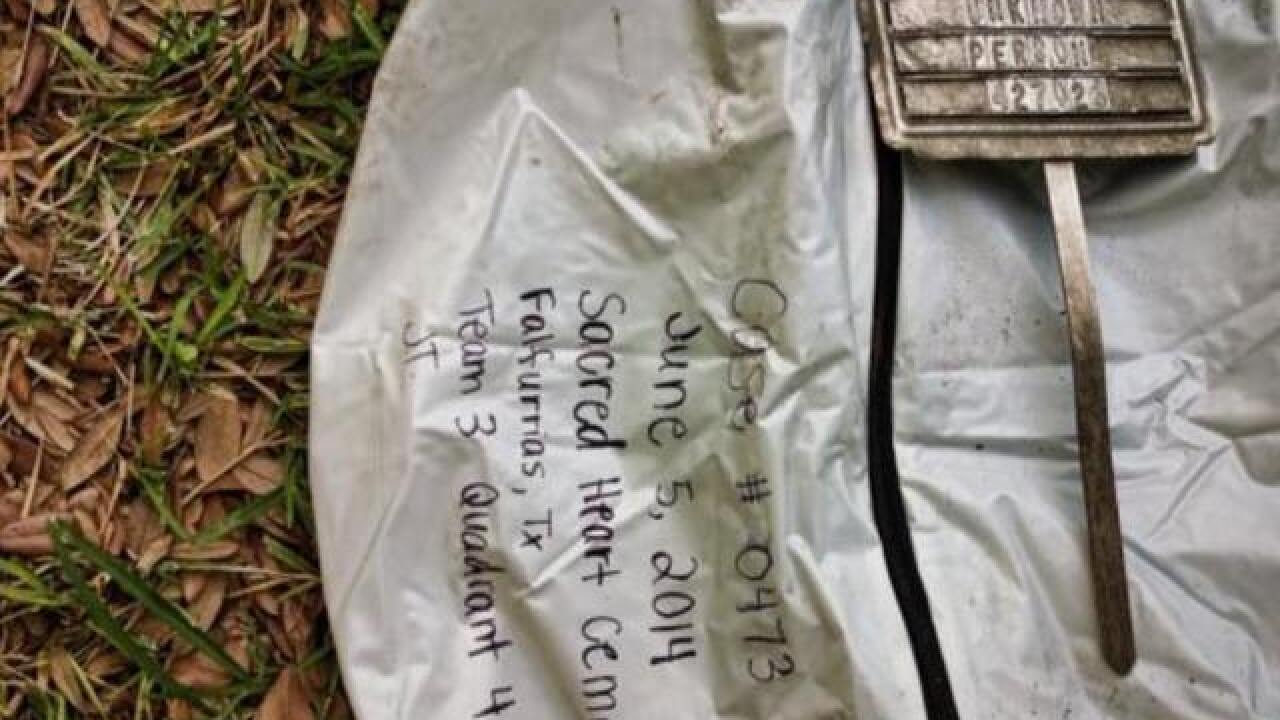 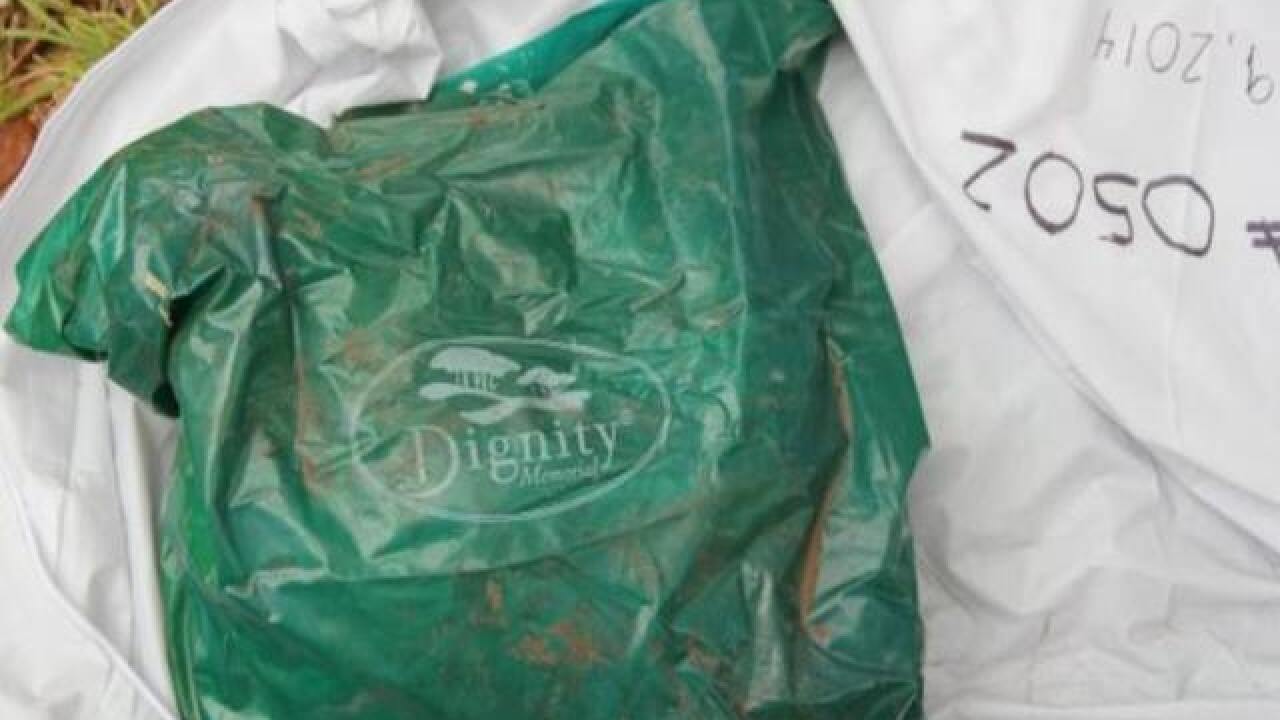 Unidentified migrants who died entering the United States were buried in mass graves in a South Texas cemetery, with remains found in trash bags, shopping bags, body bags, or no containers at all, researchers discovered.

In one burial, bones of three bodies were inside one body bag. In another instance, at least five people in body bags and smaller plastic bags were piled on top of each other, Baylor University anthropologist Lori Baker said. Skulls were found in biohazard bags — like the red plastic bags in receptacles at doctors’ offices — placed between coffins.

“To me it’s just as shocking as the mass grave that you would picture in your head, and it’s just as disrespectful,” said Krista Latham, a forensic anthropologist at the University of Indianapolis.

Bodies that were not already skeletonized before burial were found in varying states of decomposition, Baker said.

The bodies are believed to have been buried by a local funeral home since 2005 in the Sacred Heart Burial Park in Brooks County.

The discovery came in the last two weeks as the pair of anthropologists and their students continued an all-volunteer, multiyear effort to identify migrants who have died of exposure while evading Border Patrol checkpoints in remote South Texas, where temperatures reach more than 100 degrees in the summer and there is little water and shade. Hundreds of people have died in just the last few years in Brooks County alone, where the discovery of the mass graves was made in the county-owned portion of the cemetery in Falfurrias.

The researchers and their students exhumed remains of 110 unidentified people from the cemetery in 2013. This summer they performed 52 exhumations, but more than 52 people were buried in those spaces. Because remains were commingled, and not all of the body bags were opened on-site, further study will be needed to determine the number of people recovered, Baker said.

The researchers expect to return next year to exhume more remains.

The mass graves are yet another sign of U.S. immigration systems and policies overwhelmed by sheer numbers, and of their difficulty coping with the humanitarian aspects of illegal migration. Since October, the nation has struggled to house and process record numbers of minors fleeing civil and political unrest in Central America, many traveling alone. Migrants from Central America travel north along freight train lines in Mexico, leading to the Rio Grande Valley in Texas and on to Brooks County.

There, they set out on foot across rugged, remote, privately owned ranchlands, often led by guides associated with criminal gangs or left to find their way to the next highway north of the checkpoint, a 30-mile trek, or even longer for the lost.

County officials said they paid the local funeral home, Funeraria del Angel Howard-Williams to handle the bodies after sheriff’s officials recovered them from the brush country. County Judge Raul Ramirez said that was the practice for at least 16 years.

A smaller number of migrants die in neighboring Jim Hogg County. It has paid Howard-Williams to handle bodies for as long as Chief Sheriff’s Deputy Lorenzo Benavides can remember — at least 22 years, he said. The funeral home buried the Jim Hogg County remains in the Brooks County cemetery, he said.

A funeral home official declined to comment, instead referring questions to McDunn.

“No matter if this is one of our client families we serve on a traditional basis or a migrant family’s loved one we’re serving and we don’t have any identification of the loved one, I do want to let you know it is our policy to treat the decedent with care, to treat them just like we would treat anyone else,” McDunn said.

Baker said the funeral home indicated it had no records when the researchers approached Howard-Williams before exhuming bodies.

McDunn said in an email that the funeral home has “certain records related to these burials, but this does not amount to confirmation that Howard-Williams was involved in depositing the remains in the manner the researchers described.”

The funeral home would not give the Caller-Times access to the records.

“Because of the sensitive nature of our business, it is not our general practice to share our records publicly, no matter the decedent or the family we serve,” McDunn said.

Burials in Texas are governed by an array of laws and agencies, depending on the type of burial and the type of cemetery, leading to gray areas of responsibility.

For example, the Texas Health and Safety Code requires that records of dates, locations and names be kept for any burial, but doesn’t directly say who is responsible, said Kyle Smith, staff attorney at the Texas Funeral Service Commission.

Traditionally, the cemetery owner takes on responsibility of recording and mapping graves, he said. And if a family complains a loved one was buried in the wrong plot — or together with another body — a funeral home will usually try to make the situation right, Smith said.

For the mass graves of Brooks County, there are no loved ones here to complain.

Baker said she found similar problems with record-keeping when her group exhumed bodies at a cemetery in Del Rio.

Burying people in bags in mass graves is another matter, said Jon Stephenson, secretary of the Texas Cemeteries Association.

“The whole thing sounds really bizarre,” he said. “I can’t imagine why a professional funeral home or cemetery or anybody would take that attitude. It doesn’t make sense.”

Ramirez, the Brooks County judge, was not present during the exhumations and had not been briefed on the findings before a reporter called.

“That’s the first I’ve heard of it,” he said. “I am shocked also. That would be unacceptable. I do want an answer. We deserve an answer.”

Bishop Emeritus René Gracida of the Diocese of Corpus Christi said he was shocked when told of the findings, calling the burial practices “wrong ... truly anti-civilized ... barbaric,” and lamenting that migrants are treated without dignity because of their social status.

“I think it’s very hard for people to connect in the fact that these were human beings,” he said. “It just goes to the language, to the words, and words mean a lot: ‘All these were illegals.’

“Even in death, they wound up not getting the proper respect.”