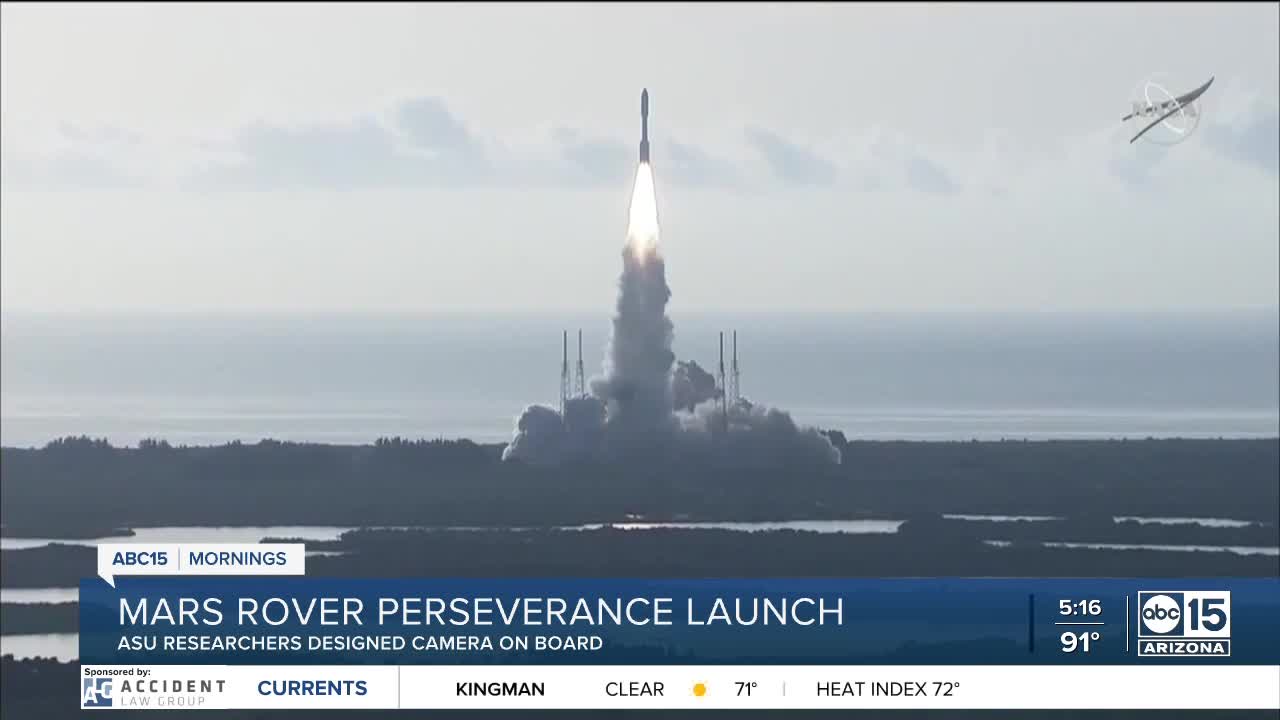 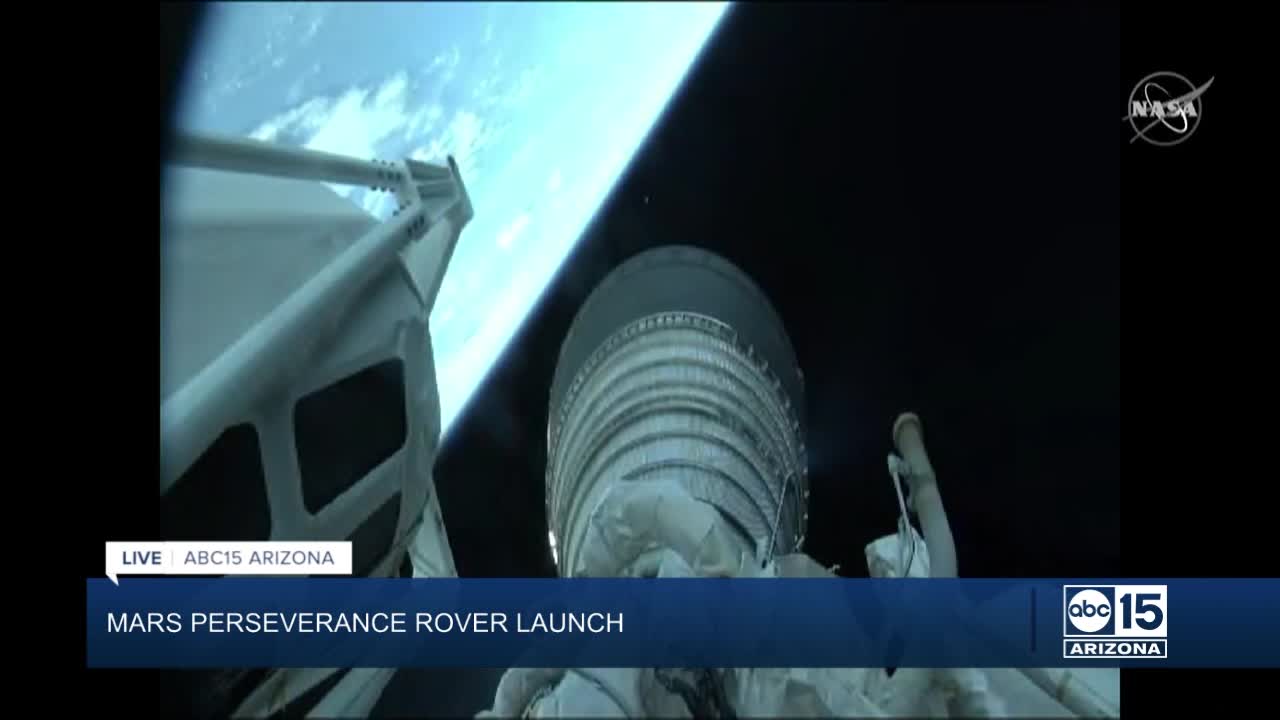 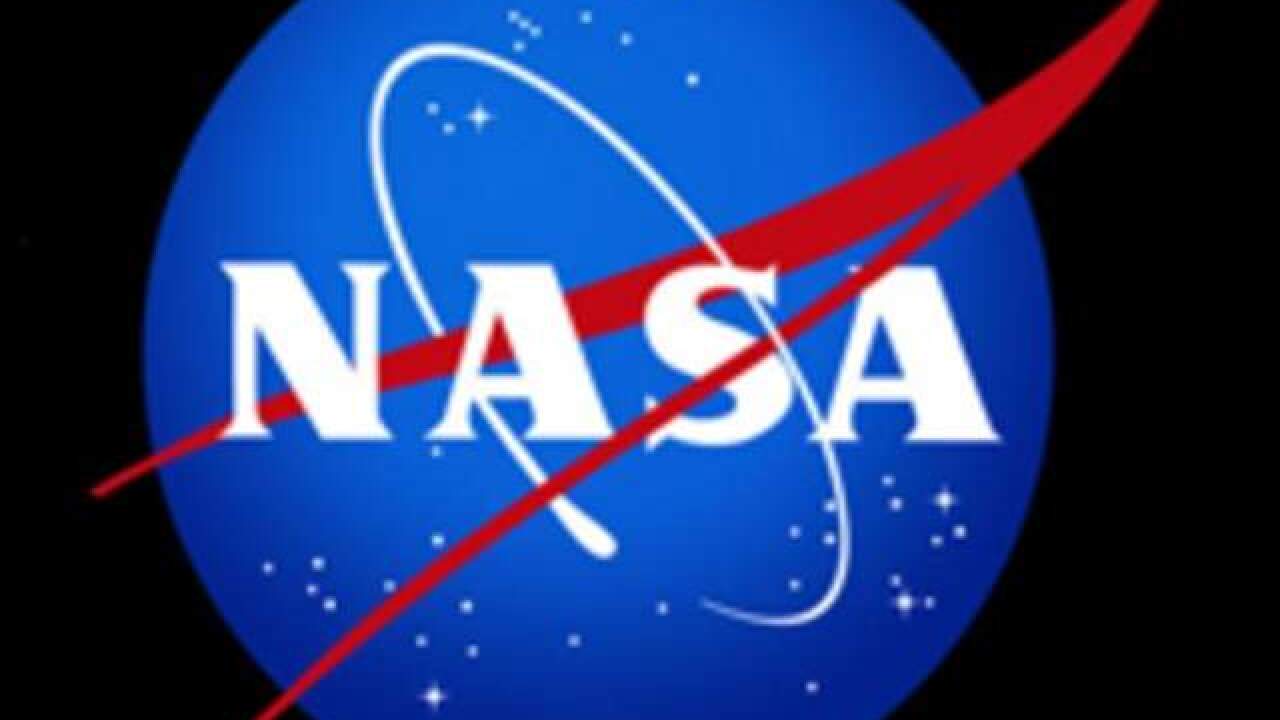 Despite a global pandemic here on Earth, NASA is persevering with its mission to Mars -- launching its most advanced "Perseverance" rover to discover more about our neighboring red planet.

"We are in extraordinary times right now with the coronavirus pandemic and yet we have in fact persevered, and we have protected this mission because it is so important," NASA Administrator Jim Bridenstine said at a news conference Tuesday.

He added that he thinks the name of the rover -- chosen by a seventh-grader from Virginia -- is "perfectly appropriate" for the times.

The launch is scheduled to take place Thursday at 7:50 a.m. ET from Cape Canaveral Air Force Station in Florida. It will be broadcast live on NASA's website and YouTube channel.

On Tuesday, Perseverance made its way onto the launch pad, and the U.S. Air Force 45th Weather Squadron predicted an 80% chance of favorable weather conditions for Thursday's launch.

The rover's main job is to seek out signs of ancient life and collect rock and soil samples for a possible return to Earth, according to NASA. It will also test out new technology to pave the way for future robot or human exploration of our neighboring planet.

"This is the first time in history when NASA has dedicated a mission to what we call astrobiology, the search for life, maybe now or ancient life, on another world," Bridenstine said.

The mission will also feature "a bunch of other neat things," according to John Logsdon, a professor emeritus at George Washington University's Space Policy Institute.

"There is an attached little helicopter that is going to fly like a drone over the Martian surface and give us images," Logsdon told ABC News.

"There is an experiment called 'MOXIE' that will see whether it is possible to manufacture oxygen out of the methane in the Mars atmosphere, which would be important for eventual human missions," he added.

The launch also comes on the heels of two other nations -- the United Arab Emirates and China -- sending missions to Mars over the summer.

If Thursday's launch goes well, the six-wheeled rover is expected to land on Mars on February 18, 2021. Perseverance is then expected to stay on the Red Planet for at least one Martian year, or 687 Earth days.