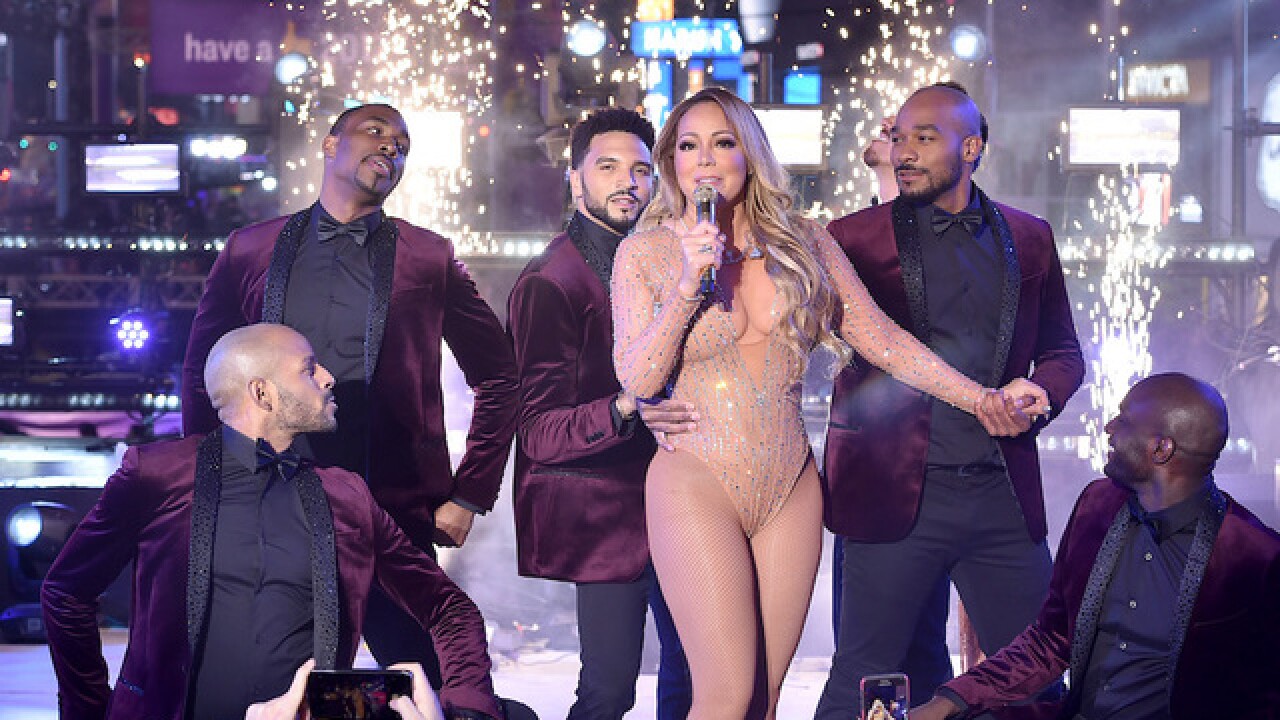 It was a little painful to watch.

Superstar singer Mariah Carey tried to be as professional as possible during her performance on "Dick Clark's New Year's Rockin' Eve with Ryan Seacrest" shortly before midnight after saying she couldn't hear, and thus could not sing with the music playing.

The home audience — and possibly even her backup dancers — could hear the music, however. Carey asked for monitors to get turned on, but it appeared that didn't happen throughout at least two songs in a medley she was performing.

The dancers, however, continued and stayed on beat. Carey encouraged the audience to sing.

At the end of the awkward performance, she left the stage, clearly frustrated.

When the show went back to Host Ryan Seacrest, he praised Carey.

Later in the evening, the singer tweeted, "S--t happens," along with a gif of her shaking her head. She also wished everyone a happy and healthy new year.

The Facebook page for "Dick Clark's New Year's Rockin' Eve with Ryan Seacrest"  shared a video of Seacrest interviewing Carey once she arrived to perform, but did not publish a video of the performance.