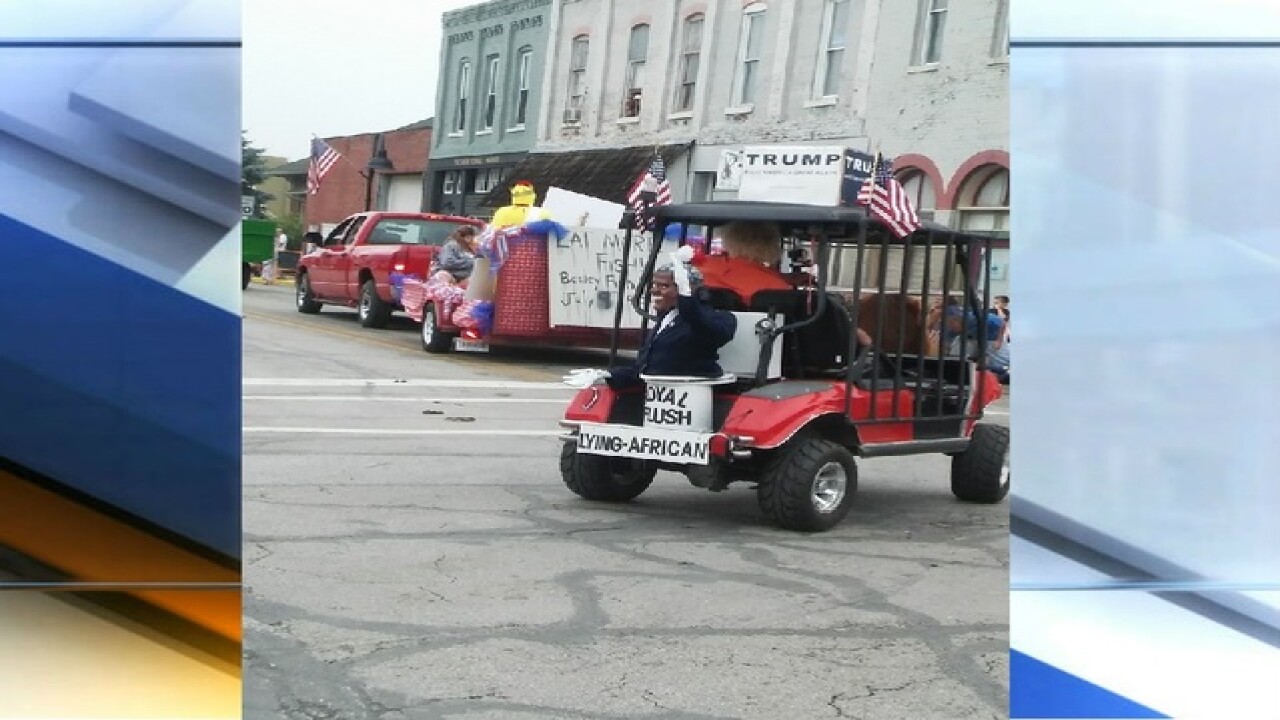 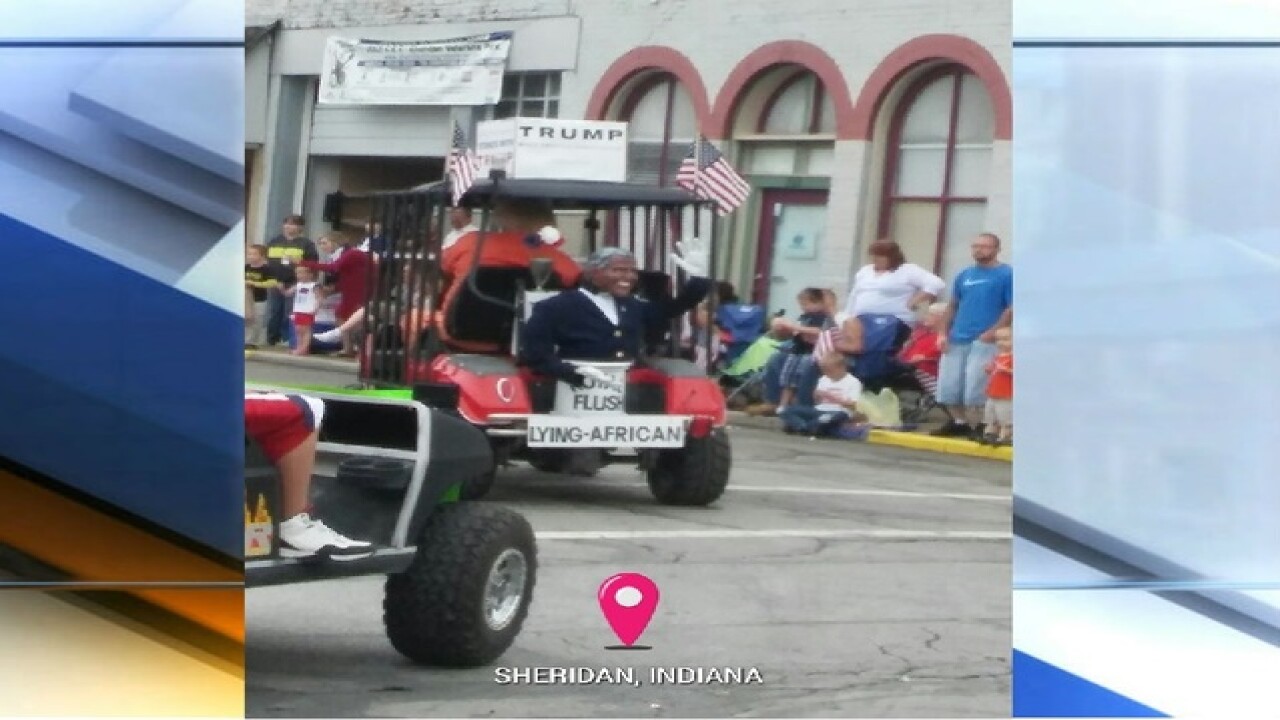 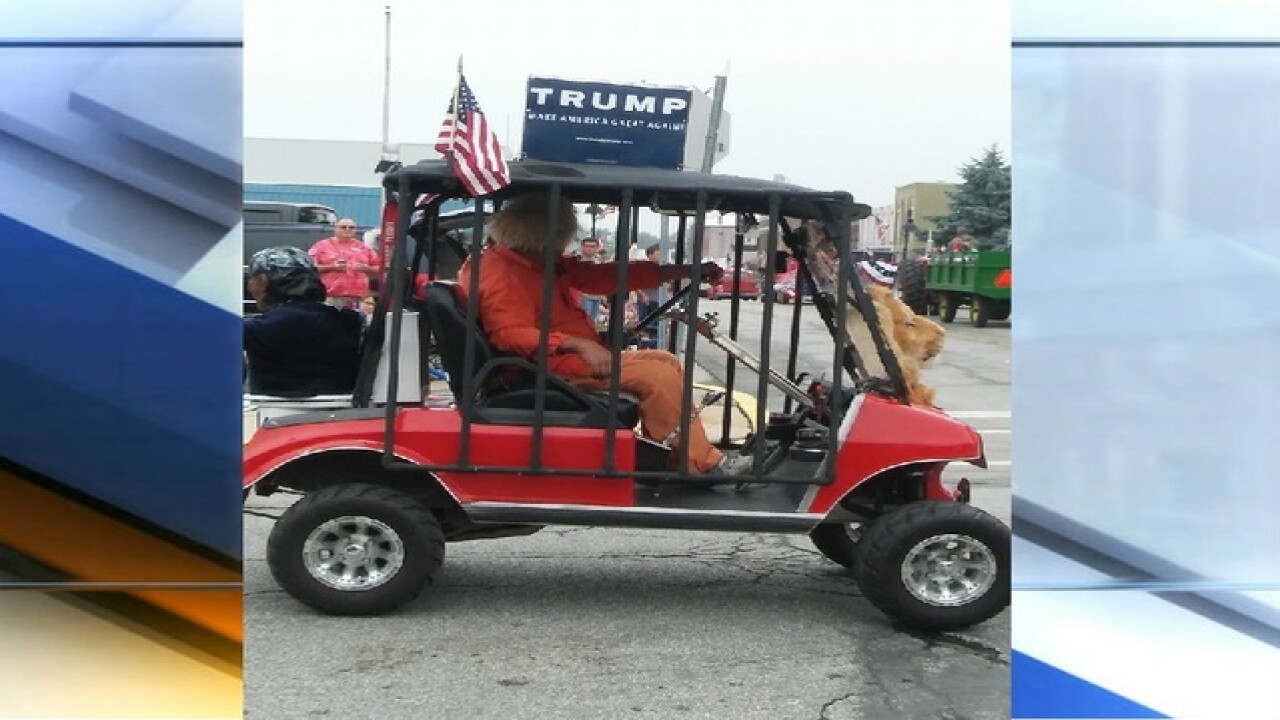 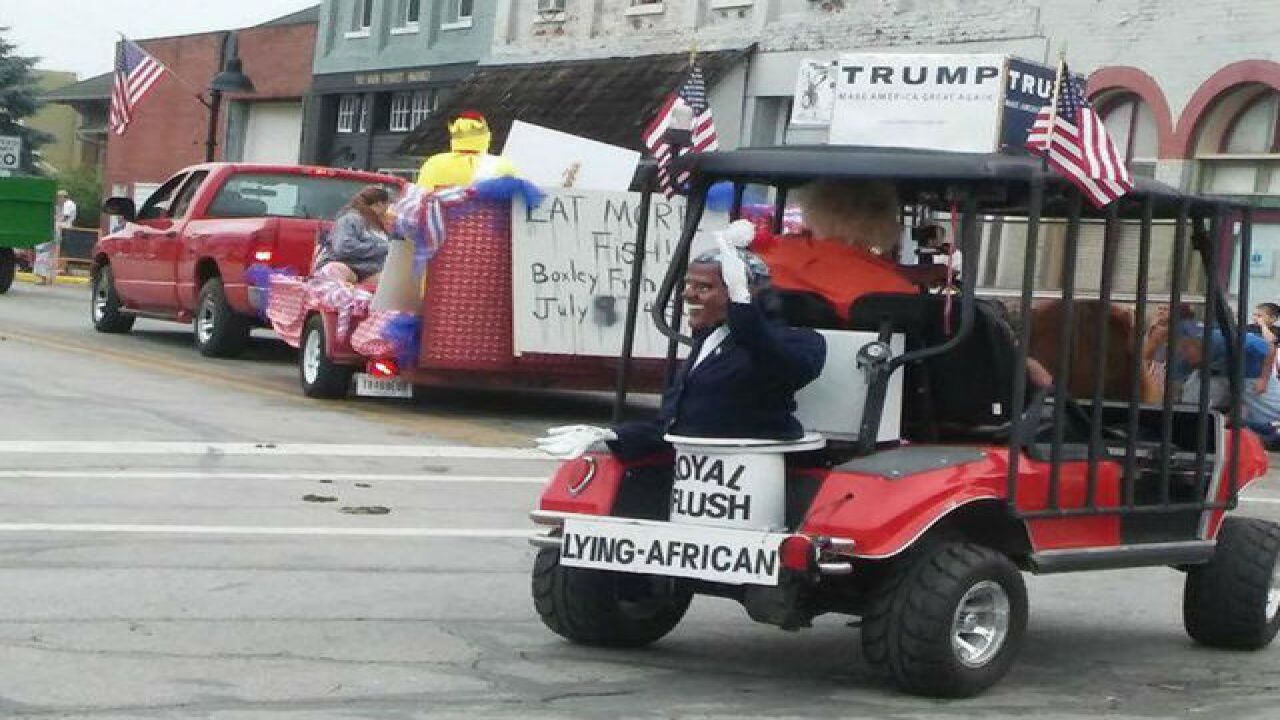 SHERIDAN, Ind. -- The man who made a float showing President Barack Obama in a toilet with the words "Lying-African" reacted Tuesday to the outrage it has caused.

Donald Christy said he is a patriot but doesn't like the direction the country is headed.

That's why built a float for the Sheridan, Indiana, Fourth of July parade that attacks the president.

Christy, 73, said he's not sorry he entered the float in the parade.

"I apologize to people I offend, but I'll stand up for my right to do what I want to do. I live in America, the land of the free. A lot of people just won't speak out," Christy said.

A source from the town of Sheridan said this isn't a police matter because Christy was exercising his First Amendment right.

The Sheridan parade was sponsored by the Lions Club.

Sheridan Town Council President David Kinkead released a statement Tuesday night about the float saying he was "deeply appalled" by the float.

"On behalf of the town of Sheridan, I am deeply appalled by the blatantly disrespectful and racist display that took place during Sheridan's Fourth of July parade yesterday. Such an act is not representative of the town of Sheridan, the town's elected officials, or the residents of our community. Our town, community and county have always striven to be open and inclusive to all, regardless of race, religion, sexual orientation, or political affiliation."

Kinkead said the town will start reviewing and approving parade participants in the future because of the float.

"Never before has it been necessary to formally review and approve parade participants," Kinkeade wrote. "Now, as the result of the actions of this individual, registration will be required going forward and all entrants will be approved prior to the start of the parade. As a community, we are profoundly saddened by the discomfort, anger and humiliation this individual has caused for so many. It is unfortunate that an event that has always provided so much joy for the community will have to be regulated with such strict scrutiny in the future."