Man who killed son, himself should not have had gun due to law regarding domestic violence abusers 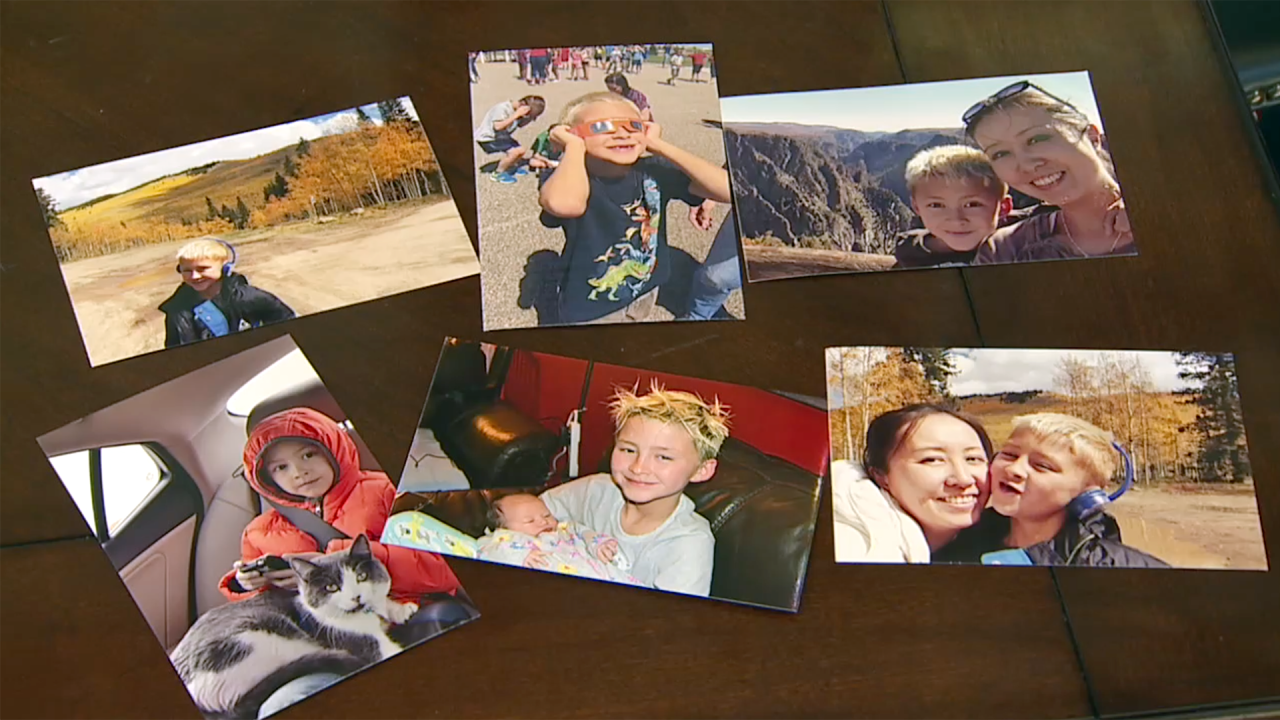 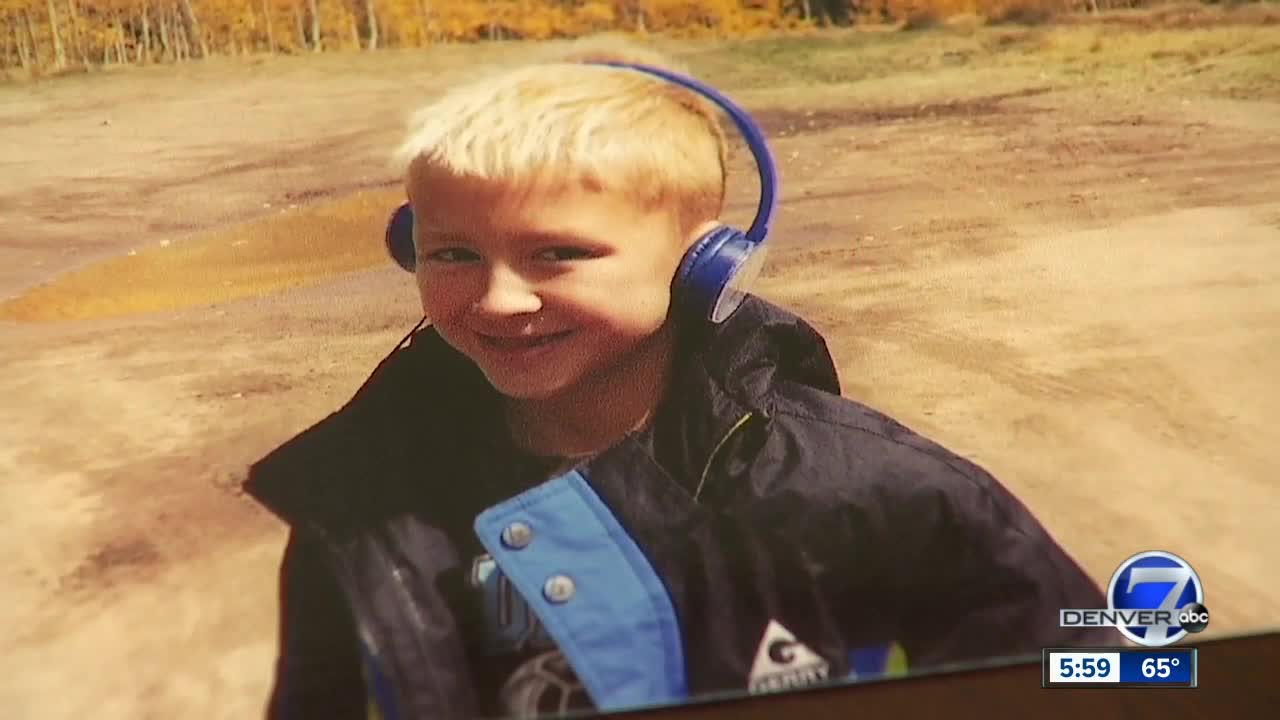 LONE TREE, Colo. – The man who killed his 10-year-old son and then himself last weekend should have had the weapon taken from him under a 2013 Colorado law but it was not, and neighbors of the man say they now believe they received warning signs from the boy who was killed.

There are questions of how Anthony Tesoriero was able to retain custody of his and his ex-wife Jing Tesoriero’s son, Ty, hours after a custody hearing last week and how he was able to have a weapon in the first place.

Jing Tesoriero and her attorney, Caroline Cooley, said in an interview this week that Anthony had repeatedly violated a mandatory protection order for domestic violence that was issued in August 2015.

Cooley said that Anthony was supposed to have his internet monitored but after he started purchasing knives and she alerted law enforcement, she said it was unclear where the investigation went.

In Jing Tesoriero’s application for the protection order, she requested that her ex-husband be ordered “to not possess and/or purchase a firearm, ammunition, or other weapon AND to relinquish any firearm or ammunition within the time order by the Court.”

But Cooley said the certification of that aspect of the order never happened and that one of the weapons Anthony used to kill Ty and himself had been in his possession before he and Jing were even married.

“The weapons were not removed,” Cooley said. “I did not see a certification that they had been removed and the information that I have is that the weapon used in this case matched one of the weapons listed on the prenuptial agreement.”

In 2013, Colorado passed a law that bars people under most domestic violence protection orders from purchasing or possessing a firearm or ammunition over the duration of the order. Oftentimes, federal law is triggered that would make that mandatory, but state district courts can also prohibit people from possessing or purchasing firearms even if the federal law isn’t triggered.

A Denver Post report from 2017 showed that while the state law is meant to force domestic abusers to give up their firearms and not purchase anymore, the interpretation and enforcement of the law varied widely across the state.

Court records show that Anthony Tesoriero was charged with violating the 2015 protection order in July 2016, along with stalking and criminal impersonation counts that were later dismissed when he pleaded guilty to violating his protection order in October 2017 and signed a “findings of domestic violence” form in which he admitted that he had committed domestic violence.

He would fail to comply with the terms of his probation again in July 2018, according to court records.

The State Department of Human Services this week said it is investigating Ty's death , in accordance with state law that requires a review of a child fatality. A spokesman for Gov. Jared Polis said Thursday that his office "will do everything in our power to make sure the process [of the investigation] is as robust as possible."

Neighbors of Anthony’s said on Friday said they woke up to letters on their front doors telling them about the shooting at the apartment complex on Thursday. One couple said after they learned who was involved, a rush of memories of possible warning signs came back.

“When I talked to my wife, I said, ‘Yes, it happened right here in the complex. Look it up,’” Lee Woods said. “She looked it up and then called me back and said, ‘Lee, it’s Ty. His daddy killed him.’ That’s the way we found out.”

Woods said he never met Anthony Tesoriero but his sons and wife had met Ty over the summer at the apartment complex’s pool. He and his wife said that is when warning signs first surfaced.

They said Ty was always alone at the pool, which concerned Lee’s wife, Gail Woods. She decided to tell apartment management.

“They had had problems, complaints with this father and Ty about Ty being left by himself,” she said, adding that the complex said they would “reach out to somebody.”

But it’s unclear if that ever happened. But then Gail started exchanging text messages with Ty in which he confided in her that his dad would lock him in his room.

“He was worried about his daddy finding the text messages that he was sending Gail,” Lee Woods said. “He wanted to see his mother, but he was told his mother was on drugs and she was in Hawaii.”

But those were among the lies Anthony repeatedly told his son about the boy’s mother, Cooley and Jing Tesoriero say. The Woods family says they now see the text messages as cries for help from a young boy trapped in an unspeakable situation.

“[I’m] heartbroken. It makes me feel like I could have done more, which I didn’t,” Woods said. He added that he now thinks about the interactions differently.

“Even if it doesn’t seem right – if a kid reaches out to you, you need to listen and talk to somebody for that kid. Don’t just let it go to the side.”

A memorial service for Ty will be held at 3 p.m. on Oct. 5 at Logos Central Chapel in Centennial. People are welcome to bring stuffed animals to display near his picture, which will be donated to a domestic violence shelter after the srvies. People are encouraged to wear bright-colored clothing. Anyone who would like to speak or sing is asked to email their name and relationship to the family to info@fourthstreetlaw.com by next Wednesday. Donaltions can be made at Wells Fargo bank locations under the account #JusticeforTy, Cooley said.

This article was written by Jennifer Kovaleski for KMGH .