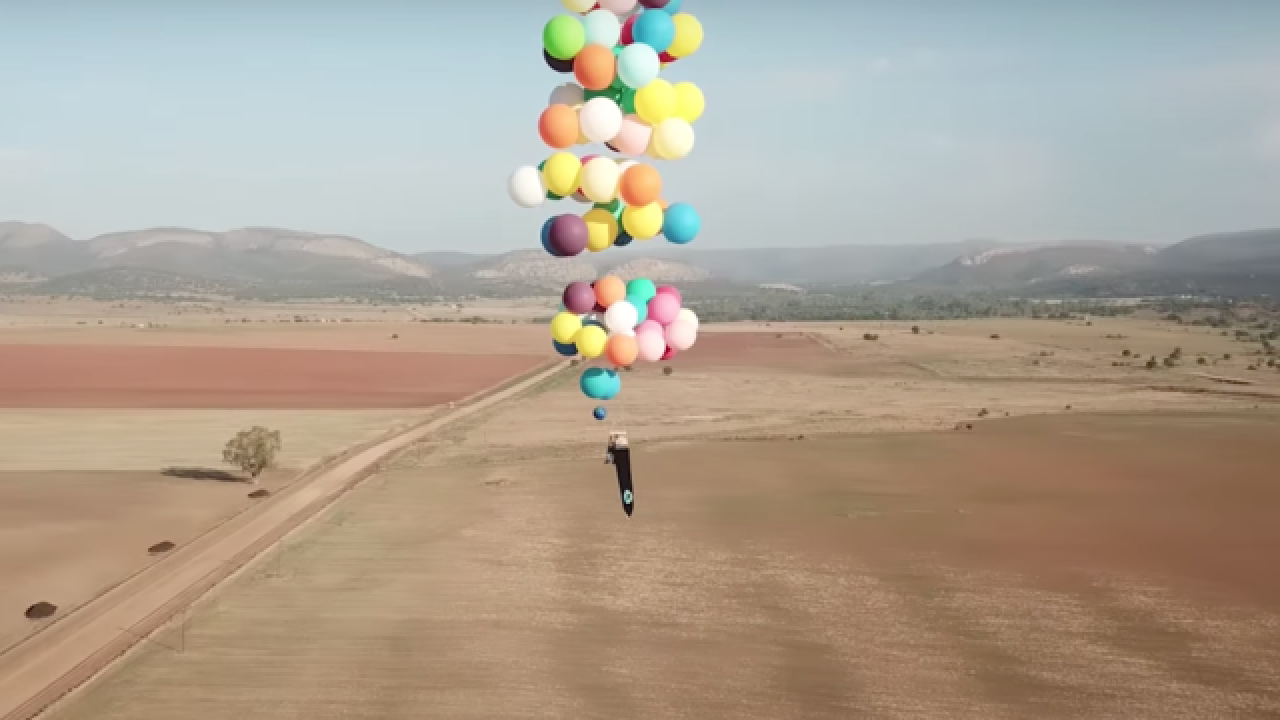 Attached to nearly 100 helium-filled balloons, Tom Morgan, of Bristol, England, lifted off in a lawn chair into the skies above South Africa last week, soaring to nearly an altitude of 8,000 feet.

Morgan, a part of a group known as the Adventurists, was able to take off after weather and other failures kept him and his lawn chair on the ground.

Morgan and his crew documented the entire journey on YouTube.

Morgan told the BBC that once he reached 8,000 feet, the apparatus started accelerating into the sky. As not to go into air too thin, and to interfere with commercial flight patterns, Morgan decided to cut loose some of his balloons.

"I had to keep my cool and start gradually cutting the balloons," he said.

Morgan, along with his chair and balloons, drifted 15 miles before landing.