Man takes terminally ill dog on cross-country road trip: 'I tried to give you the best life I could' 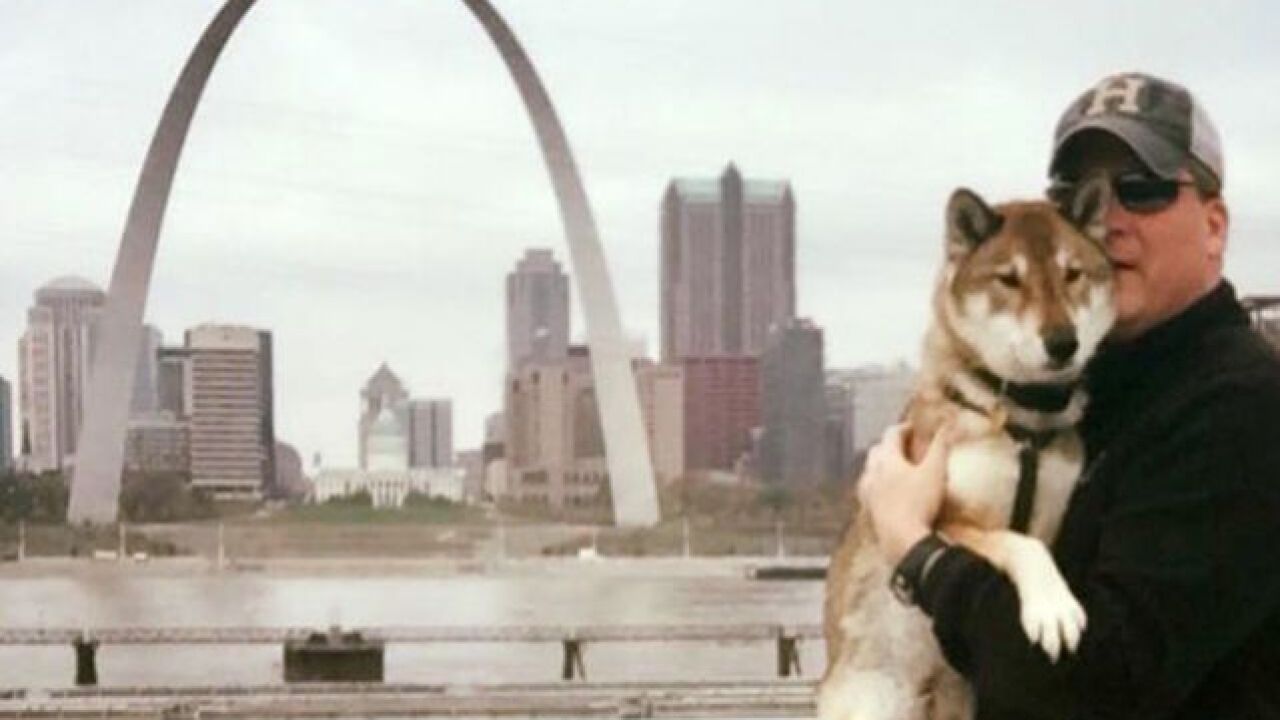 Mayor Paul Heroux of Attleboro, Massachusetts held his dog Mura for the first time when she was just 8 weeks old.

“We looked at each other when she was in a crate. I was like, this is my little girl,” Heroux told ABC News about the moment he decided to give her a home.

It’s a moment that Heroux described with heavy emotion knowing on his first day with Mura that one day it would be his last. In September Mura was diagnosed with hemangiosarcoma: an aggressive terminal blood cancer.

Mura’s illness came swiftly. On a Friday morning, Heroux and Mura visited a local senior home, a monthly ritual for the pair. But this time, after arriving back at the mayor’s office, Mura walked over to Heroux with her back hunched over, visibly in pain. Heroux would later find out that Mura’s spleen had ruptured and she was bleeding internally.

Mura needed emergency surgery and veterinarians said there was 50 percent chance she wouldn’t make it through the night. She survived.

Then, merely a week later, she received the tragic diagnosis.

“It was heartbreaking. I picked her up and said, you’re going to die little girl and you don’t even know it,” Heroux said.

Mura isn’t an average dog. She has lived a mayoral life, spending her days collecting signatures when Heroux ran for state representative, knocking on doors during his campaign for mayor, reading to school children and being the star in hometown parades.

She is a member of the community, Heroux said, so when he received her cancer diagnosis, he posted about it on his public Facebook page.

There was an outpouring of love with community members sharing their personal stories and sending words of hope, Heroux said. But it was the cross-country road trip that he took with his best friend that would inspire the country.

“She is the most precious thing in the world. She is my family. She’s a little person trapped in an animal body. We have a bond. We’re partners,” Heroux said.

Mura only has months to live, yet they could be among the most adventurous months any dog-and-human duo could ask for. It began as a trip to Vancouver Island, Canada, to meet the Mura’s breeder, but it turned into an epic journey.

Each day, Heroux published a series of pictures and Facebook posts. The two-week ride started on Oct. 28 with the first stop at Niagara Falls, New York. From there they went to Michigan, Chicago, Wisconsin and all the way to California.

Stopping to take a photo to commemorate each moment. Mura posed in front of landmark locations such as Mount Rushmore, Yellowstone National Park, and the Golden Gate Bridge, capturing the attention of friends and making new ones along the way.

When asked if there was one last thing he’d tell her, Heroux said, “Mura, I tried to give you the best life I could.”