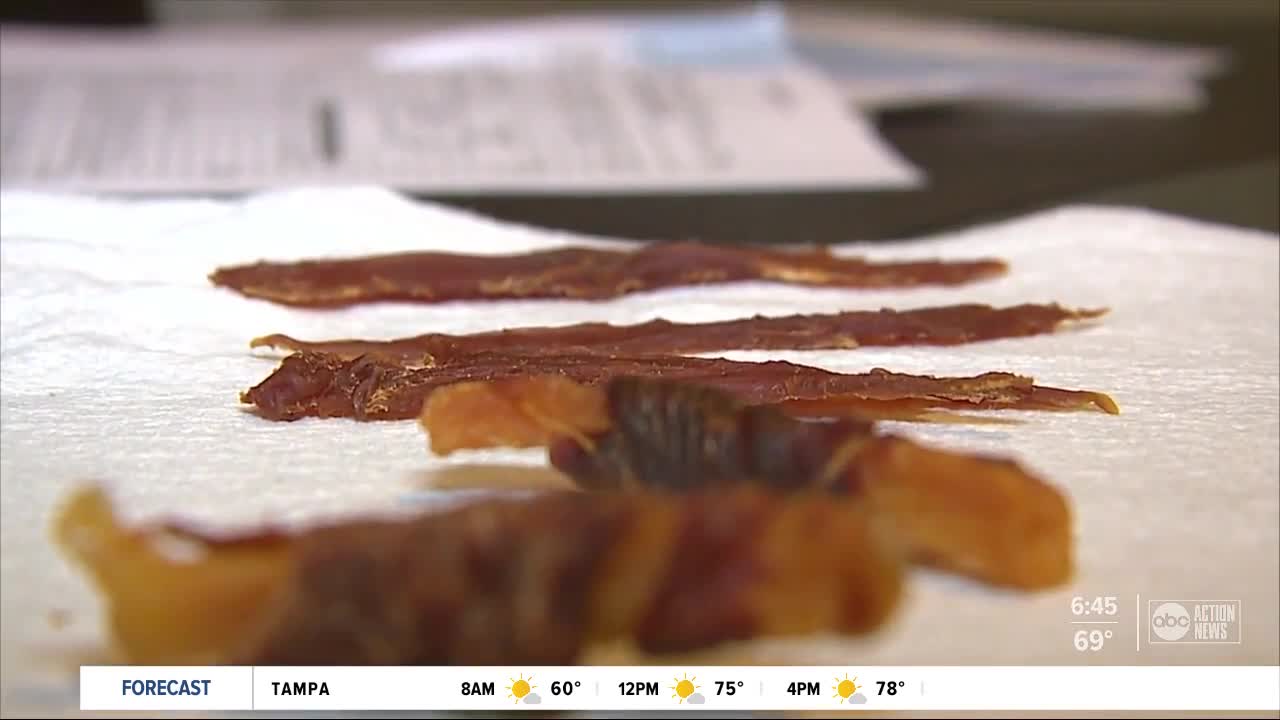 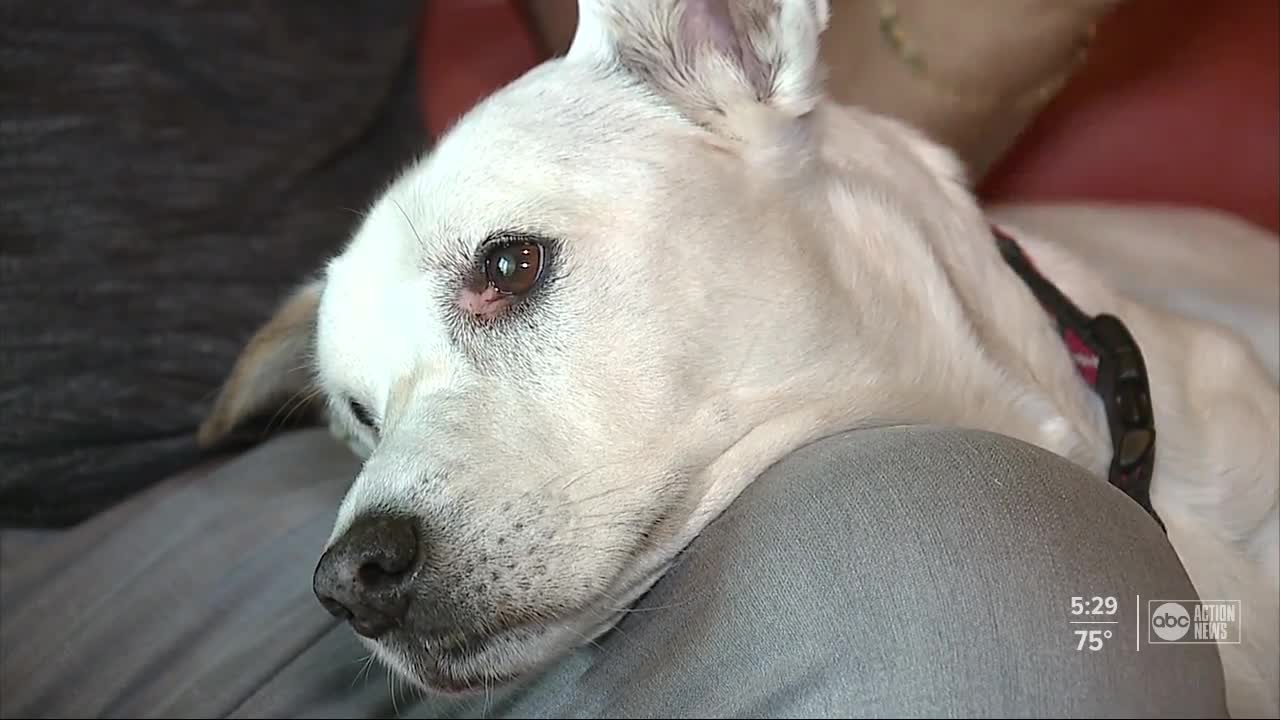 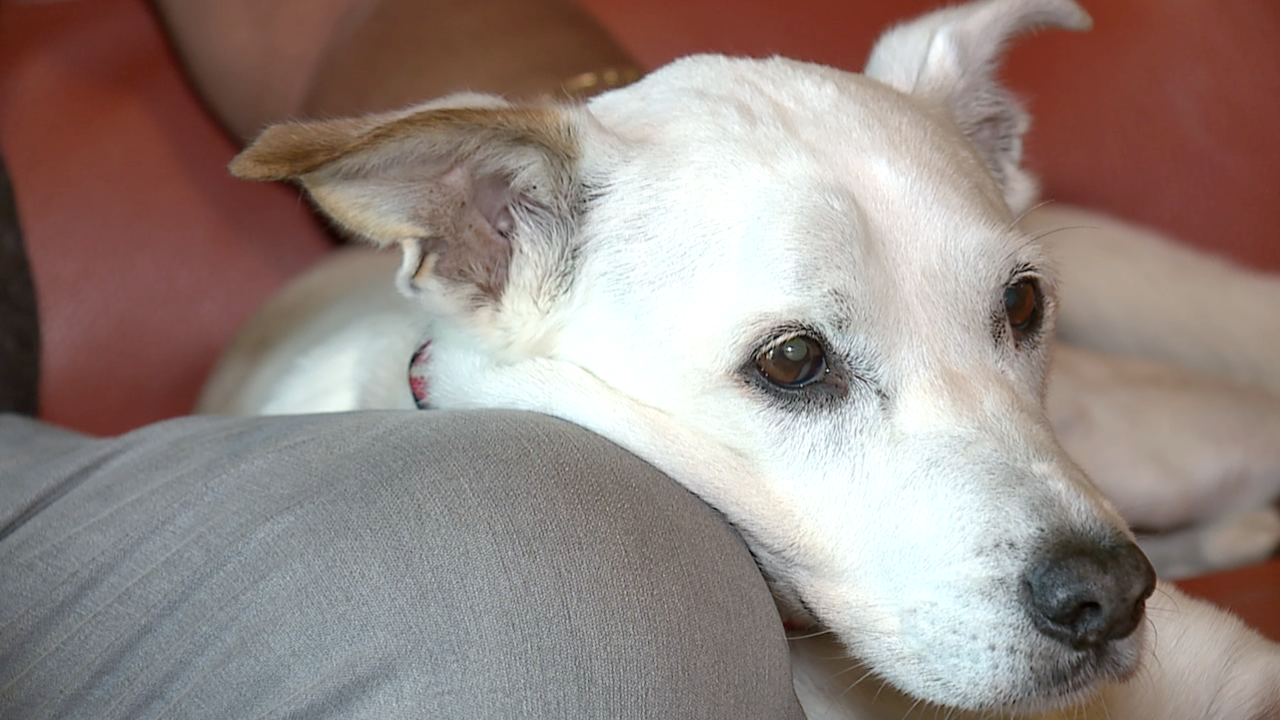 Tom D’Aiuto of Brandon says his dog, a terrier mix, is normally very energetic and excited.

He’s happy to report Max is slowly craving food and water again, but says it’s been a frightening experience.

Last week, D’Aiuto says Max was severely ill. He says the only change in his diet were duck jerky strips and sweet potato wrapped with chicken flavored treats.

One of the flavors is manufactured in China and the other in Thailand. Both were bought at the Dollar Tree in Regency Square Thursday, December 26.

He says he gave Max the treats over the next few days.

Saturday night, he says Max acted strange and had to go to the bathroom more frequently.

“There’s three or four in a bag and he got the whole bag,” he said, showing us the treats.

“When I woke up Sunday morning, it literally looked like a crime scene,” D'Aiuto said.

Diarrhea and vomit covered the floors in the condo. He got him into the vet early Monday morning and says after they took blood work, his liver enzymes were elevated along with his white blood cells.

“I was like OK, is that consistent with some kind of contamination or poisoning?” he said, about his conversation with the veterinarian. “She said absolutely.”

Since 2007, the FDA has been investigating the link between pet illnesses and jerky treats made in China. It’s received complaints that involve more than 6,200 dogs and 1,140 dog deaths.

WFTS reached out to Dollar Tree about the treats. A spokesperson says they take product quality issues seriously, “We are not currently aware of any related issues or concerns regarding pet treats. We are in the process of researching.”

D’Aiuto doesn’t want this to happen to another pet. The FDA urges people who think their dogs were poisoned by jerky treats to report it through its online portal. If you cannot file your report online, please contact FDA at 240-402-7002 for assistance.

Here’s what information will be most helpful:

Information about your pet:

This story was originally published by Heather Leigh at WFTS.