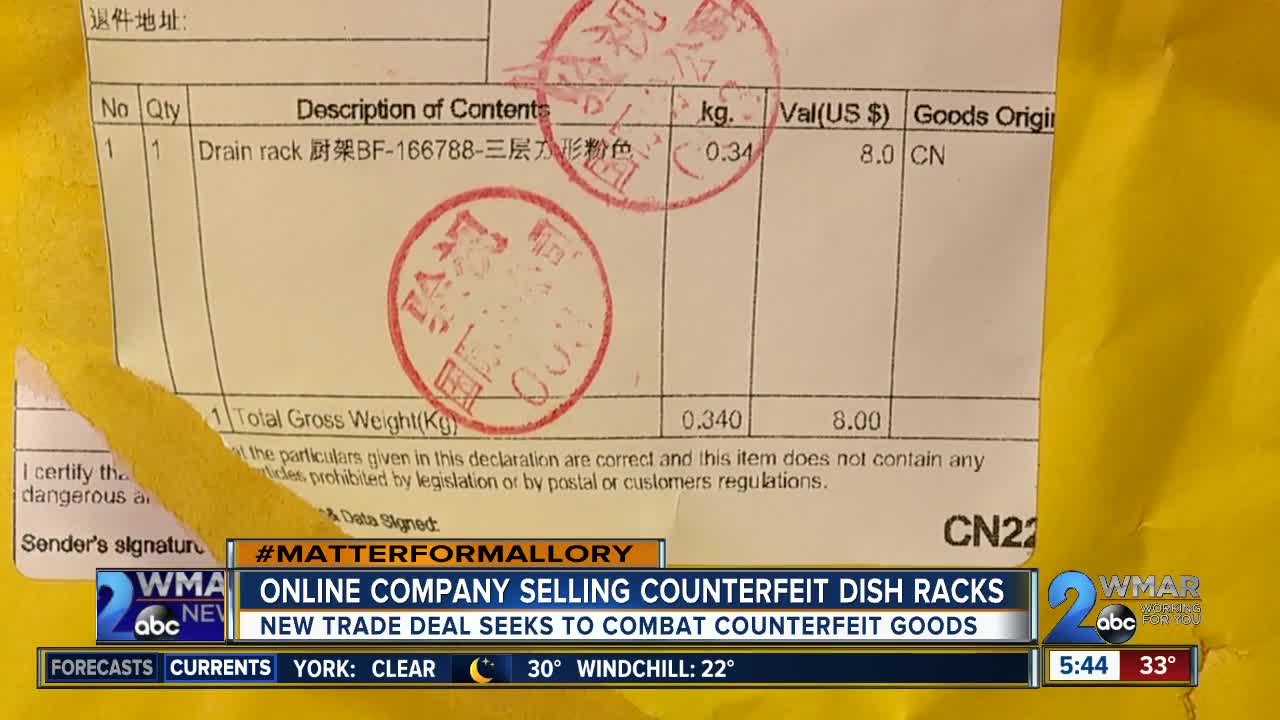 The Facebook ad pictured a stainless steel dish rack that sits above the sink and has compartments to organize kitchen tools and utensils. 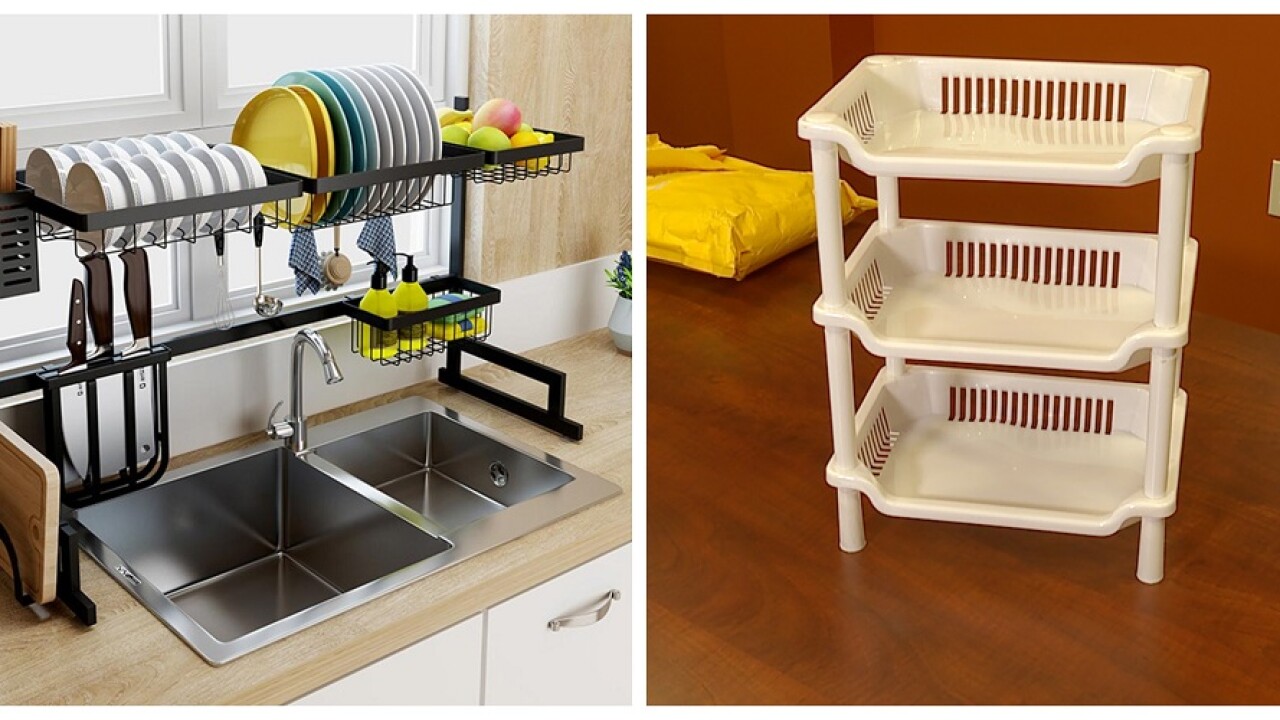 BALTIMORE, Md. -- The Facebook ad pictured a stainless steel dish rack that sits above the sink and has compartments to organize kitchen tools and utensils.

"It had like a section for your plates, dishes, cups, silverware, cutting board," said Nikos Routzounis.

Routzounis thought it'd be a great Christmas present for his mom, so he ordered the item online and waited for it to arrive in the mail.

"Maybe a week or two before Christmas, this is what showed up," Routzounis said.

He was sent a manila envelope from China weighing less than a pound.

"I honestly thought like there's no way this is what I actually ordered, and it must be information about what I ordered," said Routzounis.

But once he opened the envelope, he said he knew right away that he'd been scammed.

Instead of the stainless steel rack that supports 80 pounds of dishes and utensils, and measures 34" by 20", he was looking at three small white plastic trays that stack on top of each other.

"Not at all what I had ordered," Routzounis said. 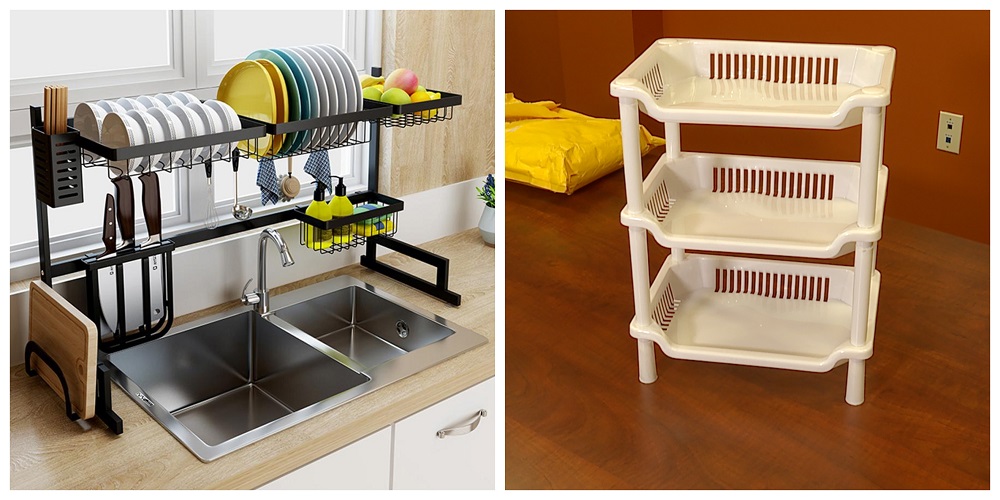 The trays, less than a foot wide and tall, don't even function as a dish rack.

Routzounis doesn't believe this was a mistake. He took a gamble on a product that was steeply discounted, knowing he may not get what he paid for.

"Seeing something that was discounted that much, I'm like hey, why not? It's only $17, if it does end up being a scam, well, I'm only out $17," said Routzounis.

Dozens of reviews and comments on consumer complaint websites and YouTube indicate that many others bought the dish rack from the online business, Acelote.com, after seeing the ad on Facebook or Instagram. The commenters claim they also received small plastic trays in various colors.

An online search of the image shows the product Acelote.com was advertising for $17 was once sold on Home Depot's website for more than $130.

WMAR's Mallory Sofastaii tried contacting the company. She received an email from the business offering her a $5 refund, even though she was asking for a statement in regards to this story.

Mallory has received similar reports from other consumers. A retiree looking to buy a remote-controlled military helicopter replica instead received a toy helicopter for a 3-year-old and up.

And last summer, an Annapolis woman contacted Mallory after receiving an email from Amazon letting her know that the probiotic she'd been ingesting for months may be counterfeit.

Counterfeit products are a billion dollar problem. According to a report by the Better Business Bureau , studies have found that one in four people have bought something online that turned out to be counterfeit.

These knock-offs are not only costly, they could potentially be harmful. Customs and Border Protection (CBP) officers are warning about counterfeit water filters and the risk of being exposed to harmful chemicals or failing to remove lead from water.

As part of the trade agreement signed last week between the U.S. and China, China said they will take steps to better combat the sale of counterfeit products.

The Associated Press is reporting that the deal requires China to come up with procedures to “permit effective and expeditious action’’ to take down websites that sell pirated goods. China also must make it possible for e-commerce sites to lose their licenses for “repeated failures to curb the sale of counterfeit or pirated goods.’’

Avoid buying counterfeit goods by researching the websites, look for spelling or grammatical errors, and searching the business address.

If you're buying something online, use a credit card so you can dispute the charge if it's not what you ordered.

This story was originally published by Mallory Sofastaii at WMAR.