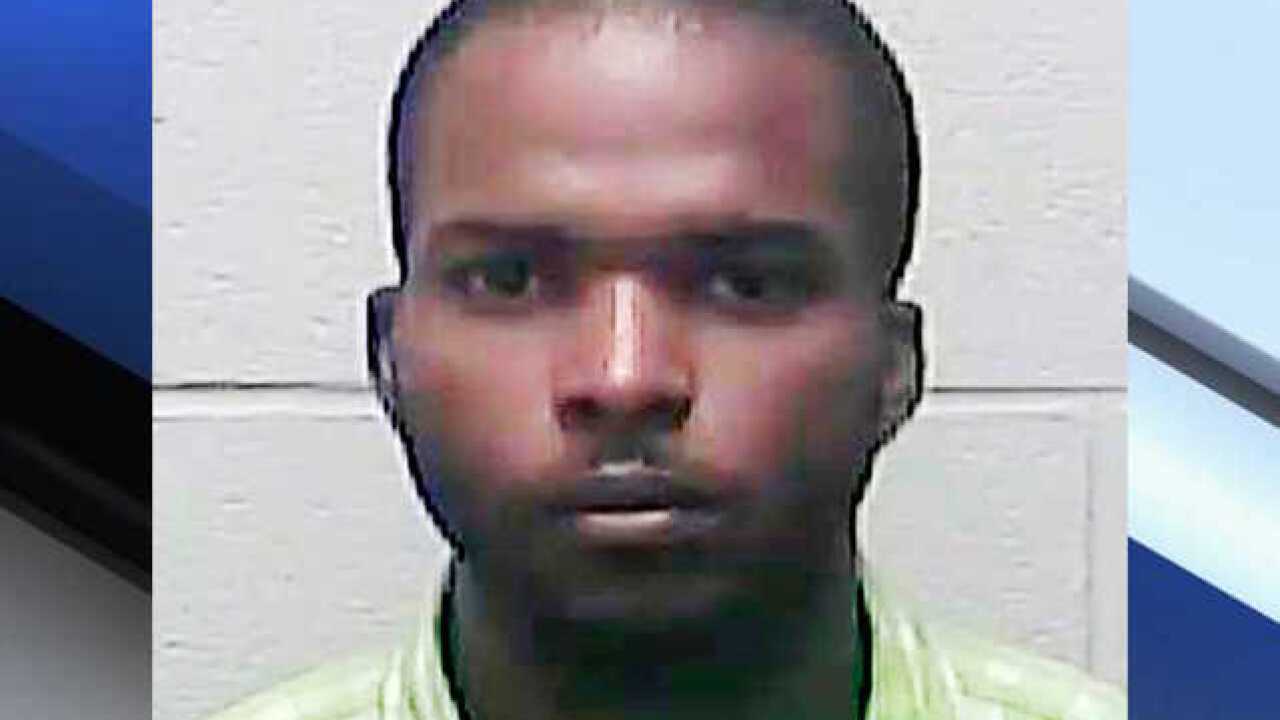 Copyright 2018 Scripps Media, Inc. All rights reserved. This material may not be published, broadcast, rewritten, or redistributed.
Burleigh County Sheriff's Department via AP, File
<p>This undated file photo provided by the Burleigh County Sheriff's Department in Bismarck, N.D. shows Lavrick Willocks, of Jamaica. Willocks, the mastermind of a a Jamaican lottery scam that defrauded at least 95 of mostly elderly Americans out of millions of dollars, was sentenced Monday, Oct. 15, 2018, in federal court in Bismarck, N.D., to six years in federal prison.</p>

A Jamaican man who authorities said masterminded a lottery scam that defrauded at least 95 Americans out of more than $5.8 million was sentenced Monday to six years in federal prison.

Lavrick Willocks, 29, operated the scam out of a Jamaica mansion where he lived with his mother, Dahlia Hunter, prosecutors said. They eventually charged 27 people and identified victims in at least five states: North Dakota, South Dakota, South Carolina, Texas and Arizona. Authorities said one of the victims died by suicide.

All the defendants have pleaded guilty or been convicted, and most have been sentenced, including Hunter, who was sentenced last week to about 1 1/2 years of time served.

The case is being prosecuted in North Dakota because the investigation began there in 2012, a year after an 82-year-old woman lost her life savings.

Willocks pleaded guilty in July 2017 to conspiracy, and prosecutors dropped 65 other counts of wire fraud, mail fraud and money laundering. He faced up to 40 years in prison, but Assistant U.S. Attorney Jonathan O'Konek recommended only about six years because Willocks cooperated and his plea deal prompted several other defendants to also plead guilty.

Willocks, who stood and addressed U.S. District Judge Daniel Hovland, apologized for his role in the scheme but accused the government of overstating his involvement.

"I am being portrayed as something I'm not," he said. "The government tries to portray me as a mastermind or kingpin, or words to exaggerate the role I played here. If I hadn't been involved, it wouldn't have stopped anything."

The Federal Trade Commission estimates lottery scams could be a billion-dollar-a-year industry in Jamaica. The case prosecuted in North Dakota is believed to be the first large-scale Jamaican lottery scam tried in U.S. courts.

"I know you weren't the first person. I know you won't be the last. It's going on forever; it's a way of life in Jamaica," Hovland told Willocks.

Defense attorney Joe Johnson asked for a sentence of two years -- about the time Willocks has already served -- saying Willocks became a "reluctant" leader only because he had a college education.

Hovland credited Willocks with cooperating but called him a "ringleader" in sentencing him to the prison time and ordering him to pay $1.5 million in restitution. Willocks will be eligible for parole after serving about another three years.

Hovland in July ordered that cash and jewelry seized from Willocks when he was arrested in Jamaica in November 2016 be liquidated and the proceeds doled out to victims. The property includes the equivalent of nearly $12,000 in U.S. currency and jewelry of unknown worth including gold chains, gold rings, gold and silver bracelets and Rolex watches.