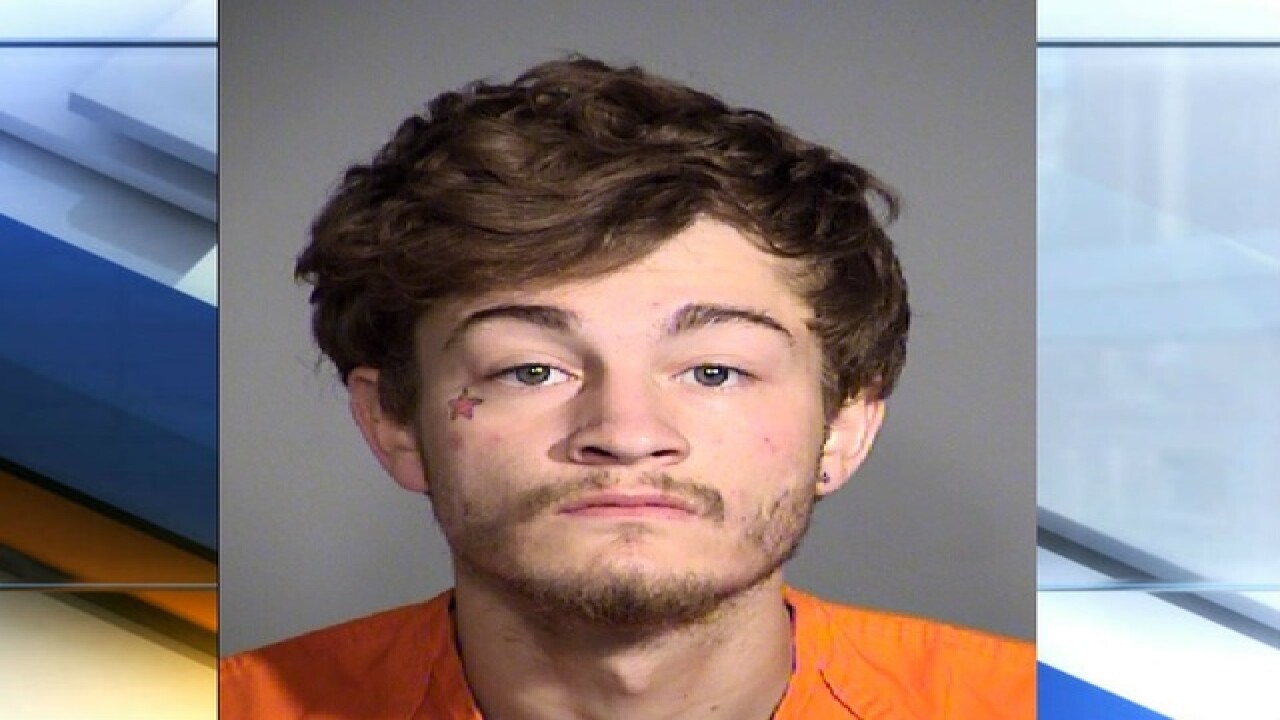 INDIANAPOLIS -- An Indianapolis man was charged Wednesday in connection with what prosecutors are calling a four-day killing spree.

The Marion County Prosecutor's Office announced 17 charges against 19-year-old Johnathan Cruz on Wednesday, including three counts of murder, two counts of robbery resulting in serious bodily injury and one count each of armed robbery and intimidation.

Prosecutor Terry Curry accused Cruz of going on a "four-day purge" through Indianapolis.

Investigators have linked Cruz to a string of murders between May 12 and 15 of this year.

Cruz's first alleged victim, Billy Boyd, was found in the early hours of May 12 lying dead on the sidewalk near the intersection of 40th Street and College Avenue. At the time, police said Boyd had "obvious signs of trauma," but weren't sure what led to his death.

No witnesses saw the shooting to provide additional details to police.

The second alleged victim, Jay Higginbotham, was found a little more than three hours later near the intersection of 9th and Denny Streets. Higginbotham was fatally shot during an altercation with a then-unidentified assailant. Witnesses told police they heard four-to-six shots fired.

Witnesses told police a white or gray 1999 Chevy Cavalier pulled up near Higginbotham, who reportedly told the people inside the vehicle he didn't want any problems. A white male wearing a black hoodie then reportedly got out of the Chevy and tried to pick a fight with Higginbotham, saying, "Let's bump!"

According to witnesses, Higginbotham tried to walk away, but the male suspect followed him and demanded his money. Higginbotham then fled, at which point the suspect pulled out a gun and began shooting Higginbotham until he fell. An autopsy determined Higginbotham died of multiple gunshot wounds to the chest and abdomen.

Before fleeing the scene, witnesses told police the suspect returned to Higginbotham's body to search his pockets. He then reportedly called Higginbotham a racial epithet before returning to his vehicle and driving off.

The third homicide now connected to Cruz – the murder of Jose Alberto Ruiz – occurred three days later on May 15. Ruiz's body was found in a car on the east side near Washington Street and Linwood Avenue.

MAP | See all of Indianapolis' homicides in 2016

IMPD Chief Troy Riggs says Cruz is behind bars in part because someone in the community stepped up and came forward.

On May 15, police interviewed a juvenile female who told them Cruz was her drug supplier. She said Cruz had told her about shooting and robbing several people.

Cruz also reportedly said he had been "Purging" – referencing the fictional 2013 movie "in which the United States government sanctioned an event in which all crimes to include rape, murder, arson, assault and theft is legal from 7 p.m. to 7 a.m. the next day."

The girl told police Cruz said he'd shot a man in the back of the head and neck with a small-caliber weapon – consistent with the murder of Billy Boyd. She also said she'd seen Cruz previously with a black, .22-caliber revolver.

She also said Cruz had attempted to show her a video on his phone of a shooting, but she refused to watch it. She told police she could hear gunshots and saw a body fall in the recording.

On May 17, investigators served a search warrant at the apartment of Cruz's mother, located on the 4500 block of East Washington Street. Police documented dozens of pieces of evidence, among them:

Police also recovered a number of text messages from Cruz's cellphone. In one, Cruz allegedly says, "I Purge every night now … since im dieing someone else Has to."

The texts also contained the following conversation between Cruz and his mother, Tonya Wight:

In a text message sent May 12 at 1:19 a.m. – shortly after Billy Boyd's body was found – Cruz appears to refer to Boyd's murder: "Nah bro, I just popped a [expletive] for no reason, bro. Slumped his [expletive] for nothing, bro. He didn't have nothing in his pockets."

The prosecutor's office says Cruz appeared to have chosen his victims at random.

“I want to commend the hard work of the Indianapolis Metropolitan Police Department and Marion County Prosecutor’s Office that resulted in the filing of today’s charges. Senseless acts of violence such as those alleged in this case are incomprehensible, but thanks to the swift actions of IMPD detectives, Prosecutor Terry Curry and witnesses willing to come forward, we are one step closer to providing answers for these victims’ families.”

An initial hearing in the case was scheduled for Thursday at 1:30 p.m. in Marion County Criminal Court 3.