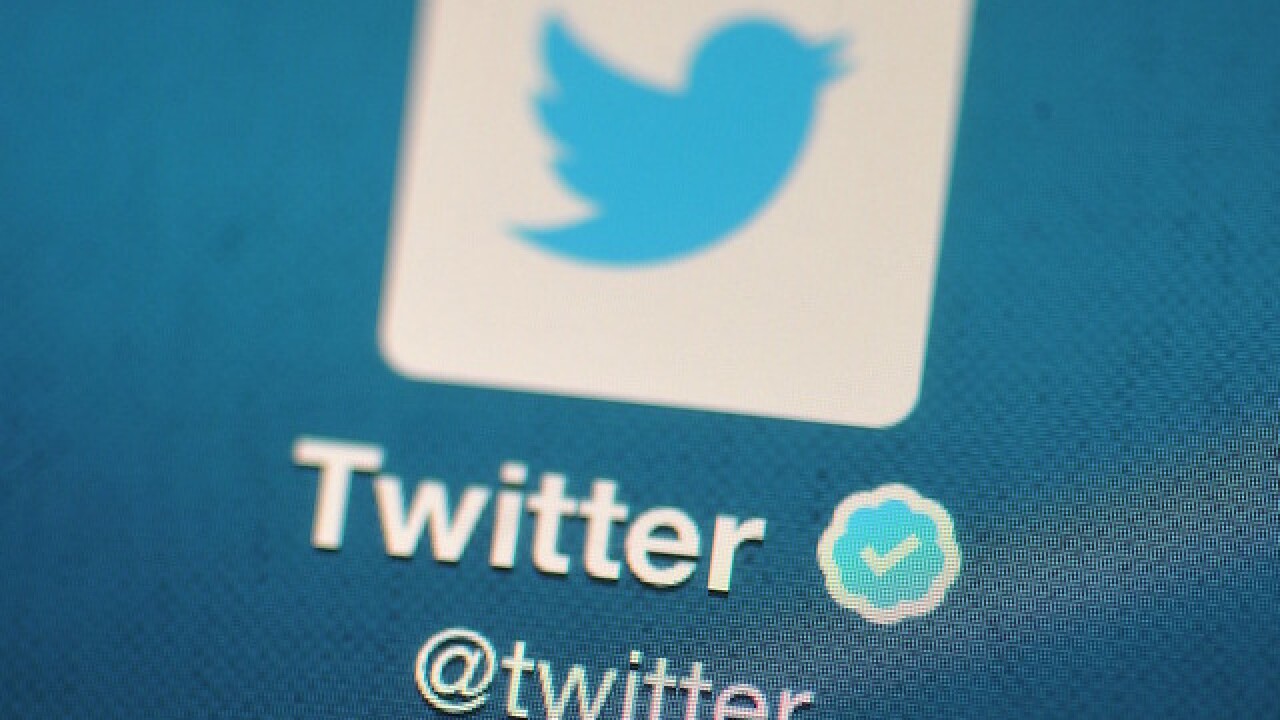 (CNN) -- A Maryland man was arrested Friday and charged with cyberstalking after allegedly tweeting an animated strobe image to a journalist with epilepsy.

The flashing image sent to Kurt Eichenwald, a Newsweek senior writer and Vanity Fair contributing editor, on December 15 came with the message: "You deserve a seizure for your post," according to the criminal complaint.

Eichenwald said the image triggered a seizure and he then sought to identify the person who sent it.

"After a 3 month investigation, the FBI this morning arrested the man who assaulted me using a strobe on twitter that triggered a seizure," Eichenwald tweeted.

The FBI and police in Maryland and Dallas, where Eichenwald resides, investigated the case and arrested John Rayne Rivello, 29, on Friday.

Rivello, who is from Salisbury, Maryland, was charged with cyberstalking and appeared in federal court Friday.

CNN was unable to reach Rivello or his attorneys Friday.

The Twitter account belonging to Rivello allegedly contained direct messages sent to other users regarding Eichenwald with statements like, "I hope this sends him into a seizure," "Spammed this at (victim) let's see if he dies," and "I know he has epilepsy," according to the allegations in an affidavit that was unsealed Friday.

Investigators also found screen shots from an epilepsy website with a list of commonly reported epilepsy seizure triggers and a story from a Dallas news site about Eichenwald's efforts to subpoena Twitter to track down the user who sent him the image, according to the affidavit.

Since the first incident, "More than 40 ppl sent strobes once they found out they could trigger seizures," Eichenwald tweeted. "Stop sending them," he wrote.

He said identifying information about the people who sent him those strobe images is now "currently in the hands of the FBI."

Eichenwald has been public about having epilepsy. In October, he wrote in Newsweek that one of President Donald Trump's supporters with the handle "Mike's Deplorable AF" had tweeted to him after he had written about Trump's conflicts of interest.

"Mike" mentioned his seizures and sent him a video of strobe lights.

"It's what's called epileptogenic -- something that triggers seizures. Fortunately, since I was standing, I simply dropped my iPad to the ground the second I realized what Mike had done. It landed face down on the bathroom floor," he wrote in Newsweek.

"When people have photosensitivity, it's reduced by taking medication, but it's not obliterated by medication," said Dr. Kimford Meador, a professor of neurology at Stanford University Medical Center. "The risk of it is markedly reduced if they're on medication, but patients try to avoid situations where they have flashing lights."