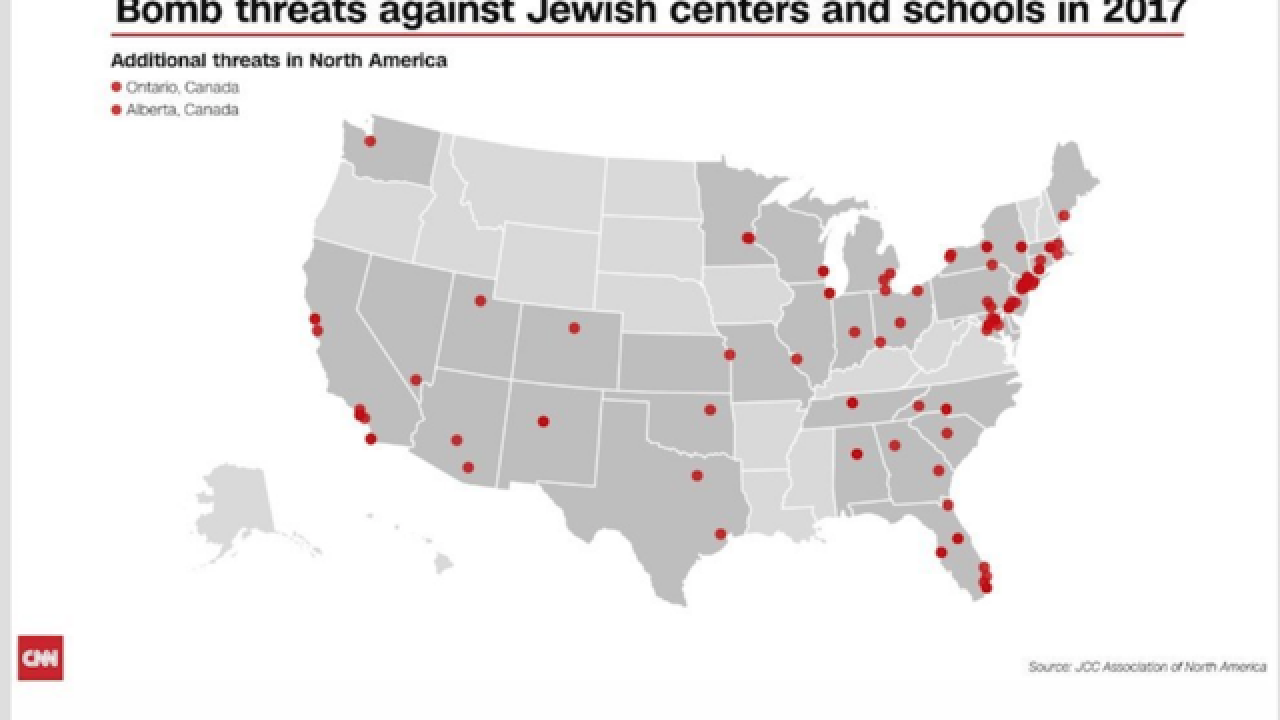 NEW YORK (CNN) -- A former reporter who was fired for fabricating sources was arrested Friday and accused of making some of the bomb threats against Jewish institutions that have so rattled Jews recently.

Juan Thompson, 31, was charged with one count of cyber-stalking for making at least eight threats as part of an attempt to intimidate a particular person after their romantic relationship ended, according to a criminal complaint filed in the Southern District of New York.

The accusation against Thompson accounts for just a small minority of the 101 total bomb threats that have been received by Jewish institutions since 2017 began, according to data from the JCC Association of North America.

The complaint alleges Thompson had emailed and phoned in threats to the Anti-Defamation League and other Jewish institutions. Some of those threats mentioned a "Jewish Newtown," according to the complaint, an apparent reference to the infamous 2012 school shooting in Newtown, Connecticut.

Here's the statement from The Intercept with regard to the arrest of Juan Thompson in connection with JCC/ADL threats and cyberstalking pic.twitter.com/2U19oMOBAW

Thompson made some of the threats in the victim's name, while others were made in his own name, according to the complaint. Thompson then claimed that those threats had actually been made by the victim in an attempt to frame him, the complaint alleges.

It could not be immediately determined if Thompson has an attorney.

Jewish community centers and schools have been the targets of a series of bomb threats made via telephone since 2017 began, sparking fears of rising anti-Semitism around the country.

Thompson's arrest, in St. Louis, was the result of the ongoing investigation into those bomb threats, officials said.

"Thompson's alleged pattern of harassment not only involved the defamation of his female victim, but his threats intimidated an entire community," FBI Assistant Director-in-Charge William F. Sweeney Jr. said in a statement.

Thompson is the same individual who previously worked as a reporter for The Intercept, the online news publication, according to previous CNN reporting and a review of Thompson's Twitter account.

Thompson was fired from the website in 2016 for fabricating quotes, The Intercept's editor-in-chief wrote at the time in a special note to readers. He had worked there from November 2014 until January 2016.

In one story, Thompson quoted a man he identified as the cousin of Dylann Roof, the man convicted of killing nine people at a historically black church in Charleston, South Carolina. Intercept editors retracted that story after members of Roof's family said they did not know of that cousin.