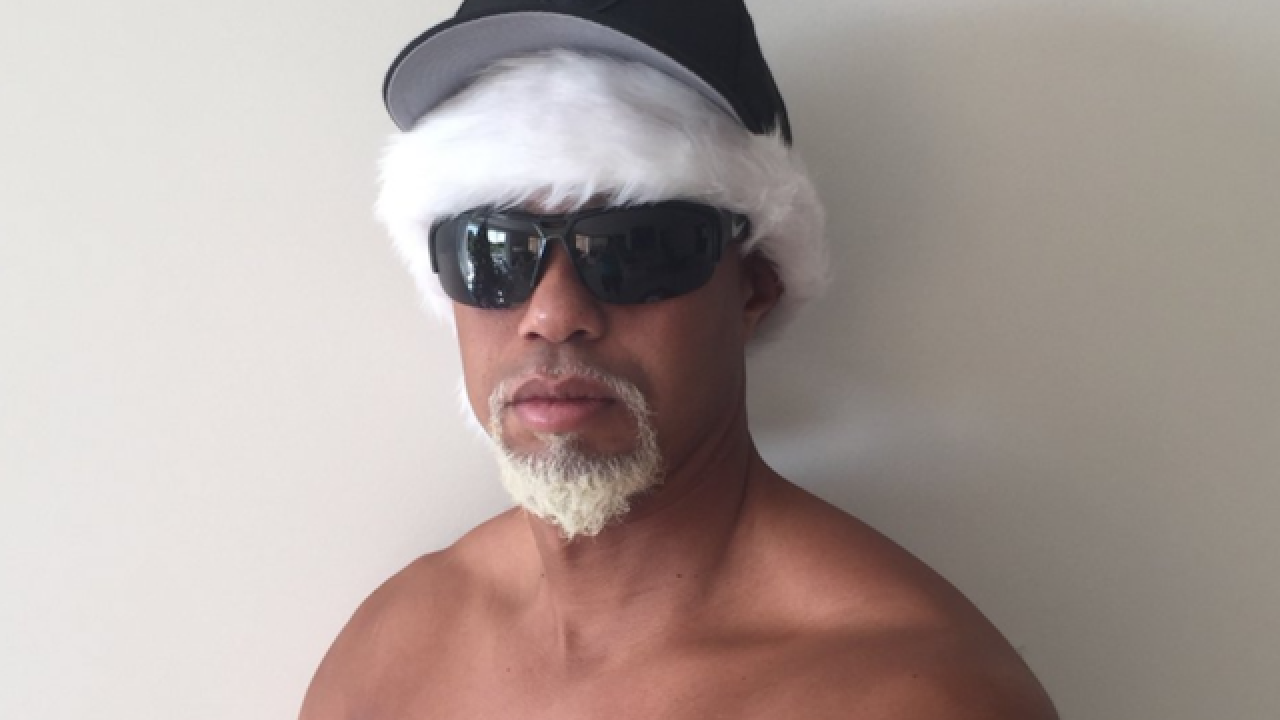 <p>Tiger Woods posted a shirtless picture of himself on Twitter earlier this week, calling himself "Mac Daddy Santa." (Twitter/Tiger Woods)</p>

WEST PALM BEACH, Fla. (AP) — Tiger Woods is having quite the week.

First, he showed off a white goatee in a shirtless photo , saying it's a Christmas tradition for his kids.

The two have met on several occasions when Woods competed at various Trump-owned golf courses. It's unclear whether this is the first time they're playing a round of golf together.

Woods made a long-awaited comeback at the Hero World Challenge this month, his first competitive rounds in more than a year, after back injuries sidelined him from the game.