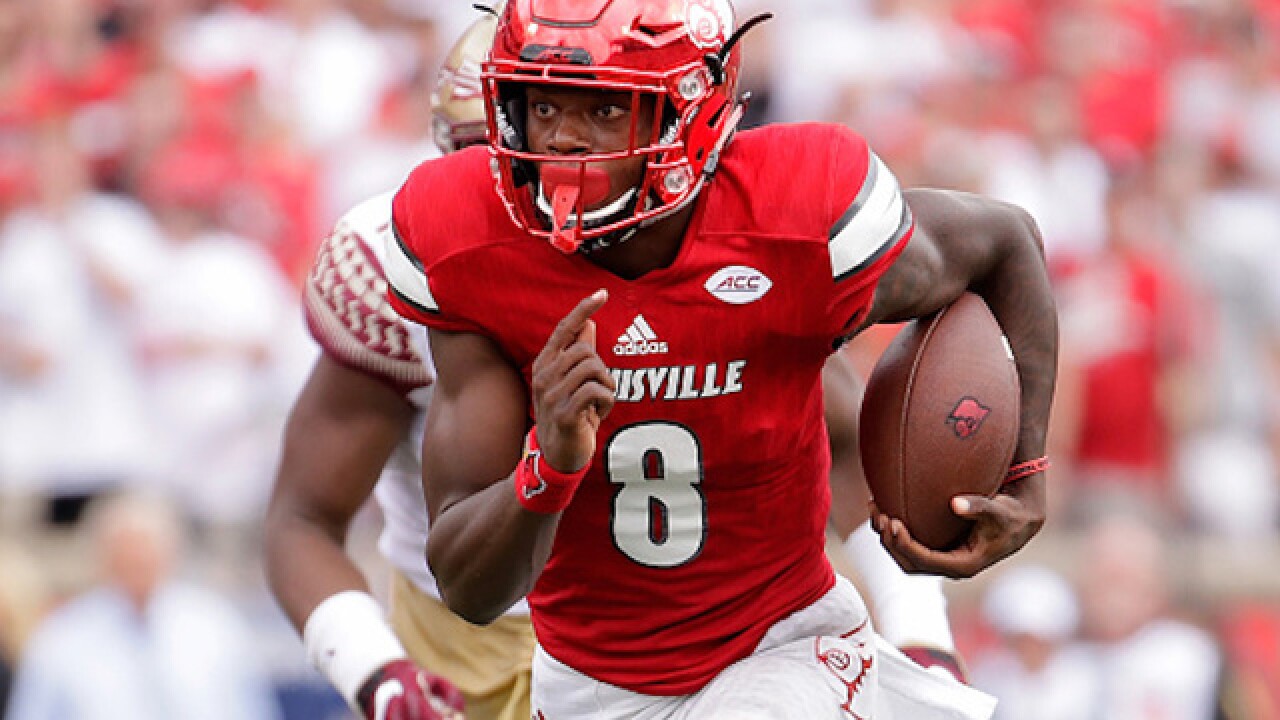 (CNN) -- Lamar Jackson, a sophomore quarterback at the University of Louisville, has won the Heisman Trophy, given to the most outstanding player in college football.

Jackson, who amassed 4,928 yards of total offense and 51 total touchdowns, is youngest player ever and the first player from Louisville to win the Heisman.

He is also the first player in major college football history with at least 3,300 passing yards and 1,500 rushing yards in a season.

With a breakout performance in a 63-20 blowout against Florida State on September 17, Jackson became the early favorite to win the Heisman. In that game, Jackson ran for four touchdowns and threw for another one, compiling 146 yards rushing and 216 yards passing.