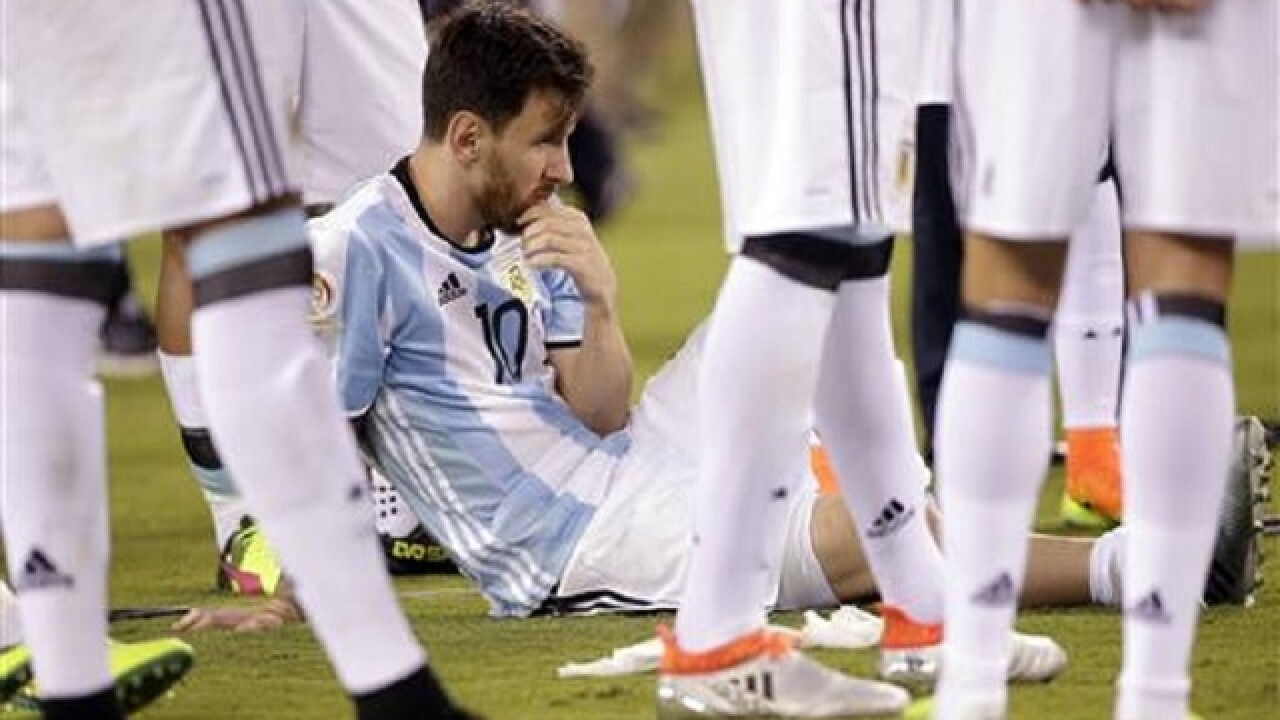 EAST RUTHERFORD, N.J. (AP) — Lionel Messi says he is quitting Argentina's national team.
Argentina and Messi lost a final for the third year in a row, with Chile winning the Copa America 4-2 on penalty kicks following a 0-0 tie Sunday night.
His nation's career scoring leader with 55 international goals, Messi sent Argentina's first penalty kick over the crossbar.
Messi tells the Argentine network TyC Sports "the national team is over for me. It's been four finals, it's not meant for me. I tried. It was the thing I wanted the most, but I couldn't get it, so I think it's over."
Messi and Argentina lost to Brazil in the 2007 Copa final and to Germany in extra time in the 2014 World Cup final. They lost last year's Copa final to host Chile on penalty kicks.
The 29-year-old Messi has led Barcelona to four Champions League titles.
Copyright 2016 The Associated Press. All rights reserved. This material may not be published, broadcast, rewritten or redistributed.