Las Vegas shooting survivors who escaped together tie the knot 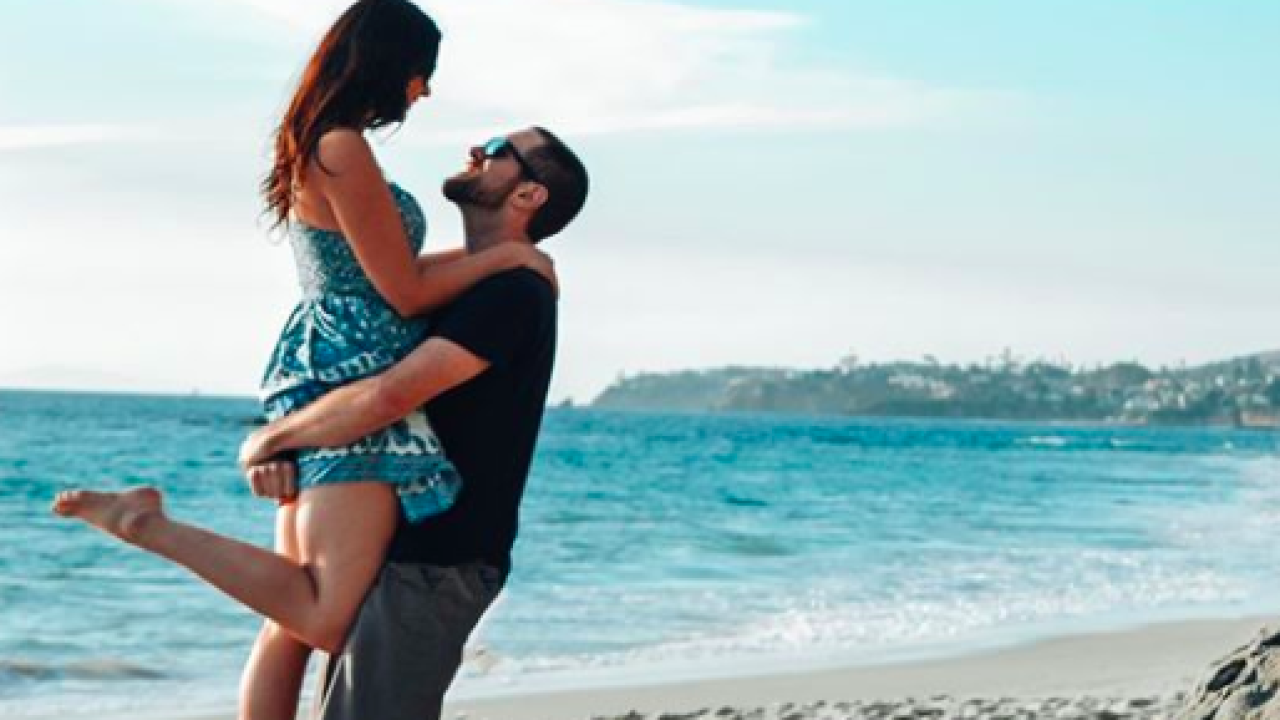 A man and woman who met just hours before escaping the deadliest mass shooting in United States history have since fallen in love and gotten married.

"I started dancing and I bumped into Chantal," Monfort said with a laugh. "The bar was really packed that Saturday because of the festival."

"We were at a country bar and a country festival and he had Vans on," Melanson said. "I thought it was so funny he wasn't wearing cowboy boots."

To all our followers, we felt so much love and support yesterday 💓 Austin I will forever be thankful you never left my side that night, kept me calm, held my hand and got me to safety! _______ Everyday we try to focus on the positive and live our best life for the #58angels that don’t have the chance to. Country music is and will always be one of our favourite thing to do together, and there’s nothing like #countrymusicfamily . . . . . #honor58 #route91harvest #route91survivor #route91strong #vegasstrong #countrystrong #route91 #route91festival #countrymusicfamily #countrymusic #followourlovestory #tragedytolove #lovestory #ourlovestory #lasvegasstrong #sandiegoinfluencers #sandiegoblogger #bloggersunder1k #socalblogger #picoftheday #instacouple #instalove #cmafest

The pair began chatting and realized they were both in town for the Route 91 Harvest, a three-night event on the Las Vegas Strip that features country music heavyweights and up-and-coming artists. They exchanged numbers and went to ride a roller coaster at a hotel down the street, but instead spent hours discussing their hopes and dreams.

"We sat there for a long time and it seemed so easy," Melanson said. "I had a good feeling as we went our separate ways."

The next day, on October 1, both Melanson and Monfort began texting, trying to find a place to meet up, only to run into one another on the festival grounds by coincidence -- or fate.

"Somehow I looked over as I was walking in and I see him next to this food stand," Melanson recalled. "It was crazy to me because there were over 20,000 people and this complete stranger I met once just happened to be in my line of sight."

The lovebirds listened to a few of their favorite country music artists with friends before making their way to be front and center for Jason Aldean's festival finale set.

"It felt like we were a couple, it was so great," Monfort said. "We were really caught up in the moment, having so much fun."

But the fun quickly turned to panic. Aldean's performance was cut short when 64-year-old Stephen Paddock began spraying gunfire down on concertgoers from the 32nd floor of the nearby Mandalay Bay Resort and Casino. Monfort recalled the moment he realized the popping sound wasn't fireworks.

"A lady right in front of me turned around holding her chest and collapsed," Monfort said. "We dropped to the floor and once the music stopped all you could hear was people screaming and bullets whizzing by."

As terrified bystanders ducked and ran, Monfort waited for a pause in the gunfire before he grabbed Melanson's hand and ran for it. The couple found shelter behind a large metal container as shots continued to ring out behind them.

"We just tried to get as far away as possible," Melanson said. "It was complete chaos, we had no idea where it was coming from, if it was several people."

Monfort took Melanson's hand again after another pause in the shooting and the pair sprinted across an open area of the festival grounds until they reached the entrance and jumped into a taxi cab with another woman. Just as they were about to roll out, they saw a victim shot in the stomach and leg limping towards the car.

Marry your best friend ✨❤️ Everyday with you is the best day, i love being able to see you every single day. Ill never take that for granted 🥰. . . Ps- we cannot wait for our wedding pictures sorry I’m advance for posting all the wedding pictures!

"We all jumped out to help her get in," Monfort said. "Bullets were still ringing out all over the place. We had to get out of there."

The taxi booked it to the closest hospital where the woman was immediately taken in for surgery. The rest of the group sheltered in place and tried to grapple with shaken nerves as wounded country music fans continued to pour in to the emergency room ward. In all, 58 people were killed and at least 850 injured.

"I was shocked and kind of hyperventilating by this point," Melanson said. "Austin was my only safe place and helped me calm down a bit. I think it strengthened our bound to each other and I knew he was there for me."

After spending the night in the hospital, the survivors grabbed breakfast before Monfort had to drive home to San Diego. Melanson lived in Canada at the time and didn't think their relationship could manage the distance, that is until Monfort demonstrated his commitment.

"He promised he'd come visit me in Alberta," Melanson said. "A few weeks later he flew in and we picked up right where we left off. The near-death experience definitely progressed our relationship faster. We just had that bond and were so comfortable."

The couple never spent more than six weeks apart again and planned frequent trips to visit one another with daily video calls in between. Monfort popped the question in March of 2019, deciding to leave his Vans at home for the proposal.

"He wore his cowboy boots to the beach," Melanson recalled. "Then he suddenly got down on one knee, pulled the ring out of his boot, and ask me to marry him."

The couple married in a San Diego courthouse in November, but planned a traditional celebration to exchange their vows earlier this month. The ceremony has since been postponed due to social distancing guidelines from the Centers for Disease Control and Prevention amid the coronavirus pandemic.

"A lot of other shooting survivors have reached out saying how happy our story has made them," Monfort said. "It's been nice to have a message of love resonate with other people that went through such a traumatic event."

The newlyweds currently live in Southern California and have documented their emotional love story on Instagram.

"Every time we share our story, it just puts a smile on people's faces," Melanson said. "I thought we could document our unique journey. Our relationship has gone through a shooting, long distance in two different countries, a lot of things that can put you down. But we've been able to create a positive out of something so terrible, and it seems to resonate with people even more in this time of uncertainty."

Although we are legally married, today would have been the wedding we’ve been dreaming about with all our friends and family. 👰🏻 🤵🏻 This is just another page in our love story. Although the wedding isn’t happening, May 8, 2020 is still a happy day 💕 . There are so many things we are thankful for, the visa being approved, the last 6 months of living together have been a dream come true, being quarantined in the same country and the tremendous love and support we’ve received regarding our story! . We miss our friends and family from afar and can’t wait to see everyone. Xo