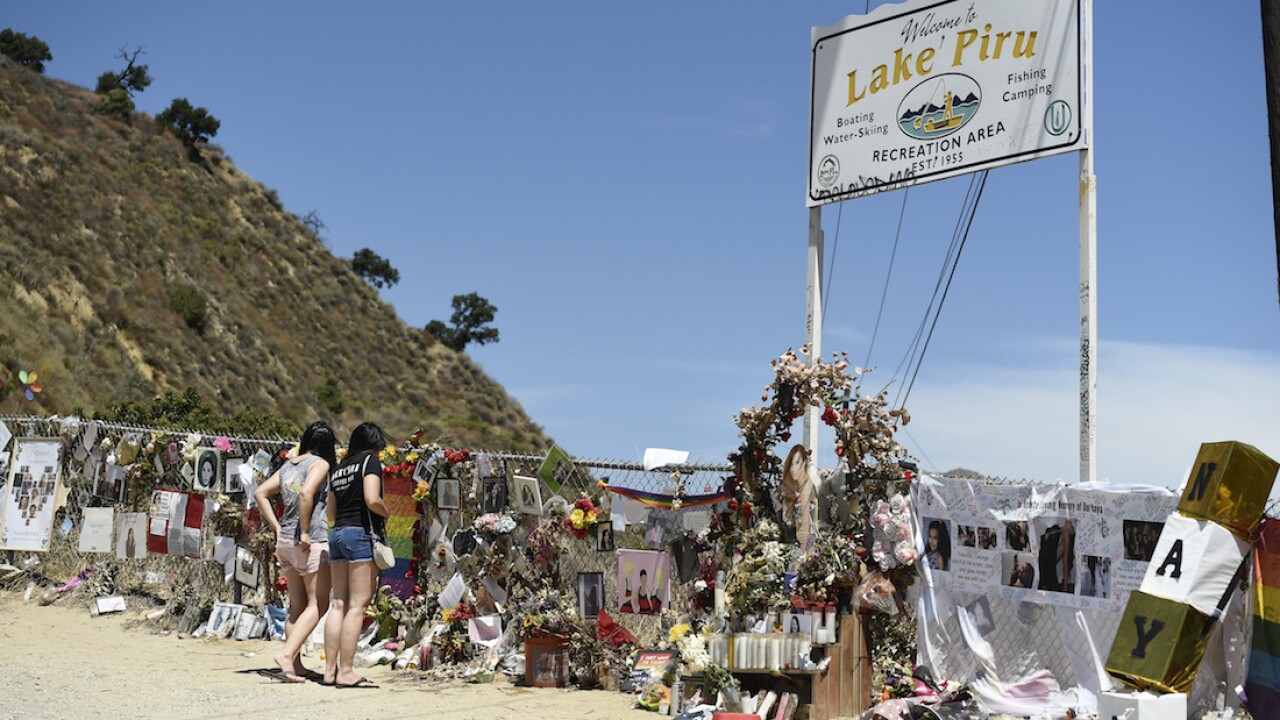 The lake in California, where former "Glee" star Naya Rivera tragically drowned in July, has reopened and banned swimming.

The Lake Piru Recreational Area reopened on Aug. 20, according to the park's Facebook page.

The park had been closed since July 9, since the actress first went missing.

The park continued to stay close due to the coronavirus pandemic and the wildfires ravaging California.

Still, residents told TMZ that they believe the park's restrictions somehow related to Rivera drowning in the Ventura County lake.

Since reopening, the park has put precautions, including a swimming ban, the park's website stated.

Rivera went missing on July 8 while boating with her 4-year-old son at the lake. Ventura County Sheriff's Office said Rivera rented a boat at the lake and excursed her son.

Authorities were alerted when other boaters later found Rivera's boat drifting in the northern portion of the lake with her son sleeping onboard.

Rivera's body was found on July 13.

At the time, Sheriff Bill Ayub said Rivera and her son were swimming when the actress began to get tired. He thinks Rivera mustered enough energy to get her son on the boat but couldn't climb back in herself.

Investigators believe Rivera drowned in what appears to be a "tragic accident," the office wrote in a press release.

On July 14, an autopsy by the Ventura County Medical Examiner revealed Rivera's death as drowning.

Her death certificate, which was obtained by People and The Blast, said the actress died within a "manner of minutes."

After Rivera's death, a petition on Change.org was created urging park officials to put signs up warning swimmers of how dangerous the lake was.

According to the Los Angeles Times, seven people have drowned in the lake between 1994 and 2000.