Kids sold for sex and arrested for prostitution in Florida

Children in Florida are being criminally charged with prostitution — even after the state passed a law designed to protect kids sold for sex, the I-Team uncovered.

TAMPA, Fla. — Children in Florida are being criminally charged with prostitution — even after the state passed a law designed to protect kids sold for sex, WFTS investigators uncovered.

More than 300 children in Florida have been arrested for prostitution in the past decade, according to state records.

“It’s shameful. How can you arrest a child for prostitution?,” said Natasha Nascimento of Redefining Refuge, a nonprofit serving child sex trafficking victims. “What kind of message does that send to that child?”

As recently as 2018, the FBI reported 260 kids across the country were arrested for prostitution. 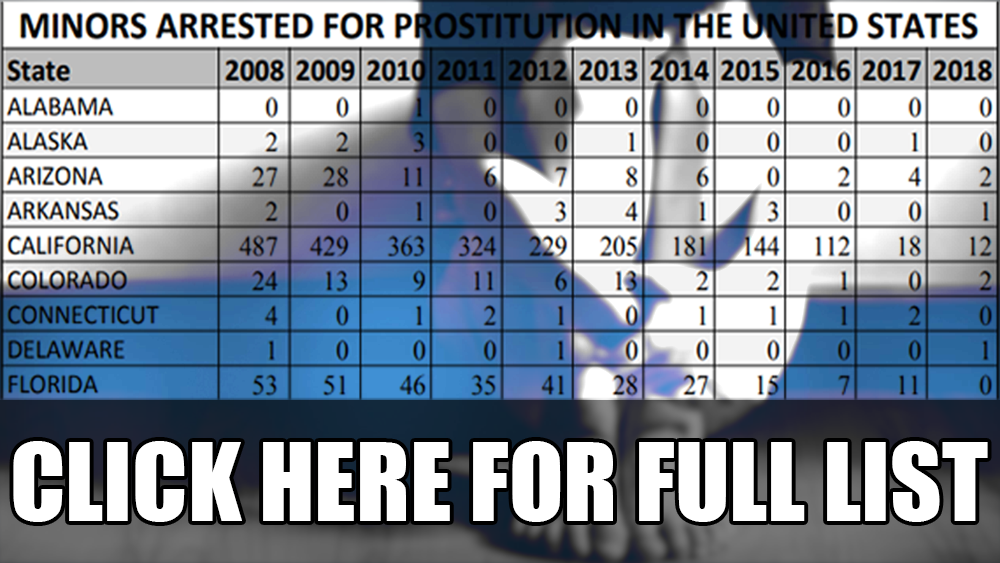 In 20 states, minors can still be charged with prostitution.

That’s not supposed to be the case in Florida.

In 2016, Florida passed a law to put the focus on helping — not punishing — children sold for sex and banning law enforcement from arresting or charging kids with prostitution crimes. But I-Team investigator Kylie McGivern found not every department is following the law.

“We had to act on something like this,” said Lt. David Black, standing by his department’s actions. “I think in this situation, it was very much the right thing to do.”

The police report states a school resource officer found the girl and boy behind a school building and the boy gave the girl $5 to perform a sex act.

Black told the I-Team his department decides whether to charge a minor with prostitution on a case-by-case basis. When I-Team investigators showed him how state law bans those arrests, Black said, “I have to dig into that a bit.”

Black said the students went through diversion program to avoid a criminal record.

The I-Team contacted the state attorney’s office about the case, but prosecutors declined to comment, saying they couldn’t discuss matters involving a minor.

A call for help

The I-Team went along with Nascimento on a rainy day last June, as she showed how she searches for missing children or exploited kids in need.

On the back side of a hotel on Busch Boulevard on a Monday afternoon, the I-Team came across a room with the door opened and seemingly young girls inside — suspicious enough for Nascimento to call Tampa police.

"They don’t even look to be 18 years old, and one did walk out of the room with some money in her hand so I’m not sure what’s going on in there,” Nascimento told the dispatcher over the phone. “I’m very concerned for their safety.”

According to the police report the I-Team obtained, an officer went to the hotel — but not until the next day.

“I’m shocked,” said Nascimento, when the I-Team showed her the report.

The officer reported the person renting the room at the time, “did not match any of the physical descriptions provided by Nascimento.”

“The children that we serve, they don’t stay in one place for very long,” said Nascimento. “Who’s to say it’s not a different group of people?”

The trauma for child victims

Angelea Valenti knows the trauma of being sold for sex as a child. She told the I-Team she was first sold at 16-years-old.

Valenti said she was sexually abused by two family members beginning at age three. By 12, she had run away from home. That’s when she met an older man.

Instead, he sold her for sex — on the streets of Ybor City, in Tampa hotel rooms and across the state.

Valenti said she later married her pimp when she was 18-years-old.

Valenti said she could be sold up to 40 times a day.

“I just remember walking until my feet bled and I felt so lonely,” said Valenti. “Every once in a while, I would look up to the clear sky and see the stars and pray for hope, pray for better days.”

Valenti said she was finally rescued several years ago during a police sting. She now works as an advocate for Selah Freedom, helping other victims. She said she still finds herself sometimes looking up at the night sky.

Valenti said, “I know that my wish came true.”

This story was originally published by Kylie McGivern at WFTS.