Adult smoking rate in US nosedives 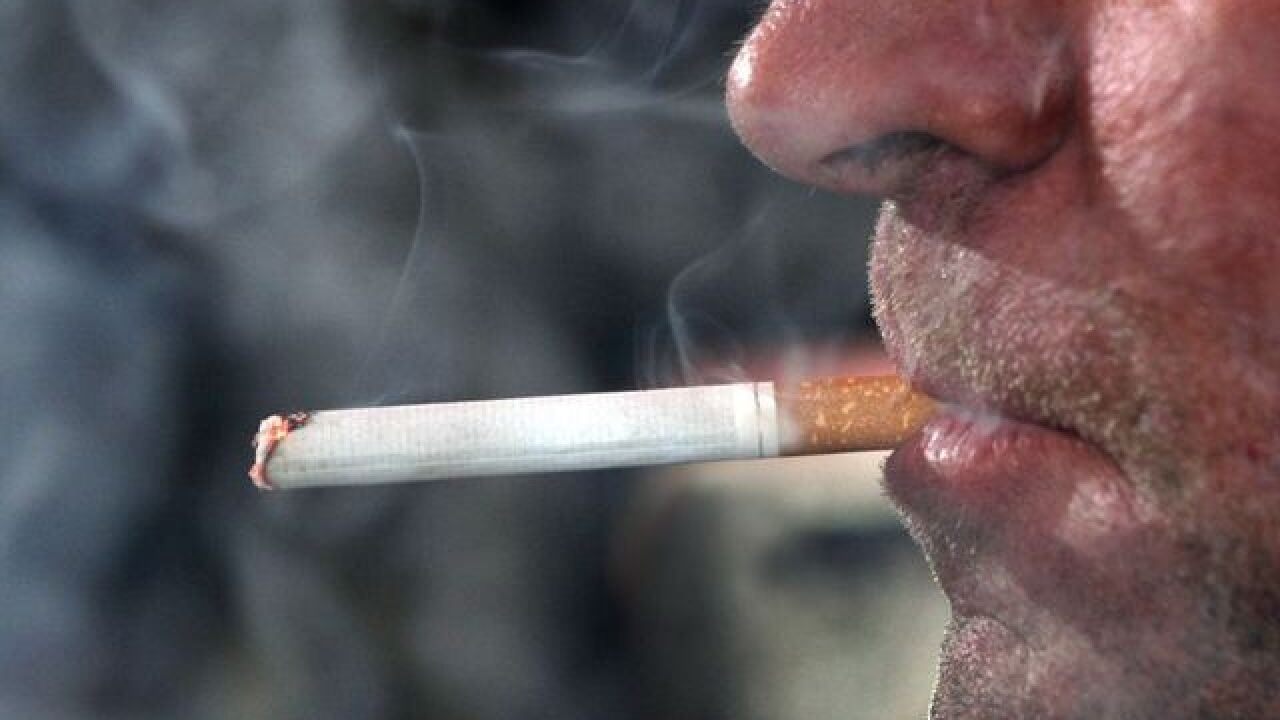 NEW YORK (AP) — The nation seems to be kicking its smoking habit faster than ever before.
The rate of smoking among adults in the U.S. fell to 15 percent last year thanks to the biggest one-year decline in more than 20 years, according to a new government report.
The rate fell 2 percentage points from 2014, when about 17 percent of adults in a large national survey said they had recently smoked.
The smoking rate has been falling for decades, but it usually drops only 1 point or less in a year.
The last time there was a drop nearly as big was from 1992 to 1993, when the smoking rate fell 1.5 percentage points, according to Brian King of the Centers for Disease Control and Prevention.
The CDC reported the new statistic Tuesday. It's based on a large national survey that is the government's primary measuring stick for many health-related trends.
Smoking is the nation's leading cause of preventable illness, causing more than 480,000 deaths each year in the United States, the CDC estimates.
Why the smoking rate fell so much in 2015 — and whether it will fall as fast again — is not quite clear.
About 50 years ago, roughly 42 percent of U.S. adults smoked. It was common nearly everywhere — in office buildings, restaurants, airplanes and even hospitals. The smoking rate's gradual decline has coincided with an increased public understanding that smoking is a cause of cancer, heart disease and other lethal health problems.
Experts attribute recent declines decline to the mounting impact of anti-smoking advertising campaigns, cigarette taxes and smoking bans.
The increased marketing of electronic cigarettes and their growing popularity has also likely played a role. But it is not yet clear whether this will help further propel the decline in smoking, or contribute to an increase in smoking in years to come.
E-cigarettes heat liquid nicotine into a vapor, delivering the chemical that smokers crave without the harmful by-products generated from burning tobacco.
That makes them a potentially useful tool to help smokers quit, but experts fear it also creates a new way for people to get addicted to nicotine.
Some CDC surveys have shown a boom in e-cigarette use among teenagers, and health officials fear many of those kids will get hooked on nicotine and later become smokers.
As today's teenage e-cigarette users become adults in the next few years, "we may see 18-, 19- and 20-year olds pick up the habit," worried Dr. Jonathan Whiteson, a smoking cessation specialist at NYU Langone Medical Center in New York.
Still, he and others are optimistic in part because regulators are turning their attention to the potential dangers of e-cigarettes. Earlier this month, the Food and Drug Administration announced sweeping new rules that will for the first time apply long-standing rules covering traditional cigarettes to e-cigarettes, hookah tobacco, pipe tobacco and nicotine gels. Minors would be banned from buying the products.
"We'd expect continued declines in smoking, as we've seen in the past 50 years. But it's hard to say what future holds," King said.
Associated Press 2016