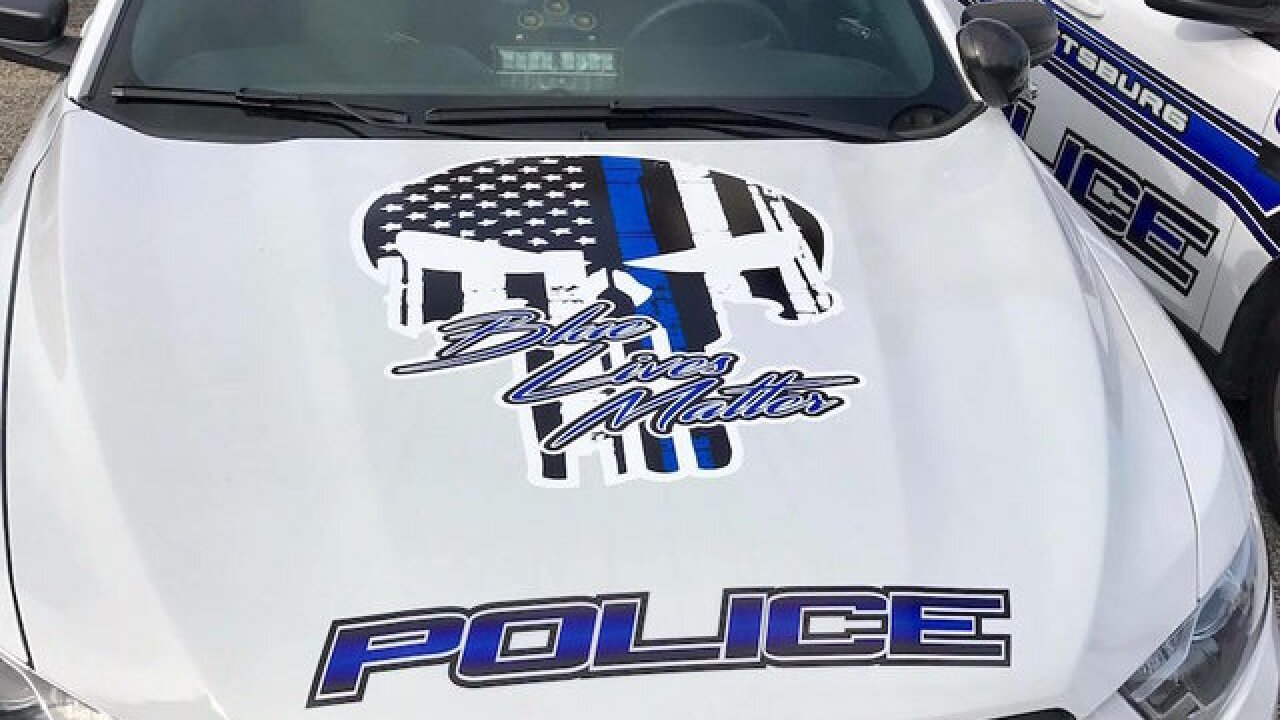 Copyright 2017 Scripps Media, Inc. All rights reserved. This material may not be published, broadcast, rewritten, or redistributed.
<p>Police in Catlettsburg, Kentucky, have removed decals from their cruisers that contained the phrase "Blue Lives Matter." (Twitter/@Appalach1anGirl)</p>

A police department in Kentucky has removed a controversial slogan and emblem from its police cruisers after receiving intense public backlash.

In December, the Catlettsburg Police department applied decals with the slogan “Blue Lives Matter” and a stylized skull on the hoods of department vehicles. The skull design was inspired by the comic book series “Punisher.”

The design was spearheaded by Catlettsburg Police Chief Cameron Logan and approved by both city council and the town’s mayor.

The design was a hit with Catlettsburg residents, but the Lexington Herald-Leader reports that many outside the town found the design offensive. The “Blue Lives Matter” slogan is often used in opposition to “Black Lives Matter” — a movement that began largely in response to police shootings of African-Americans.

Someone explain why a police cruiser in Catlettsburg, KY, has a Punisher logo decal on the hood???? #HowIsThisOK pic.twitter.com/jTdO9v6mmp

Kentucky residents also criticized the Catlettsburg Police Department for purchasing the decals from an out-of-state design shop. The decals were made in Louisiana. Some also raised concerns that by using the “Punisher” logo, the department was open to a copyright lawsuit.

Logan says the decals were simply meant to be a gift to the officers in his department.

“I’m not racist or anything like that, I’m not trying to stir anything up like that. I consider it to be a ‘warrior logo.’ … That decal represents that we will take any means necessary to keep our community safe,” Logan told the Herald-Leader.