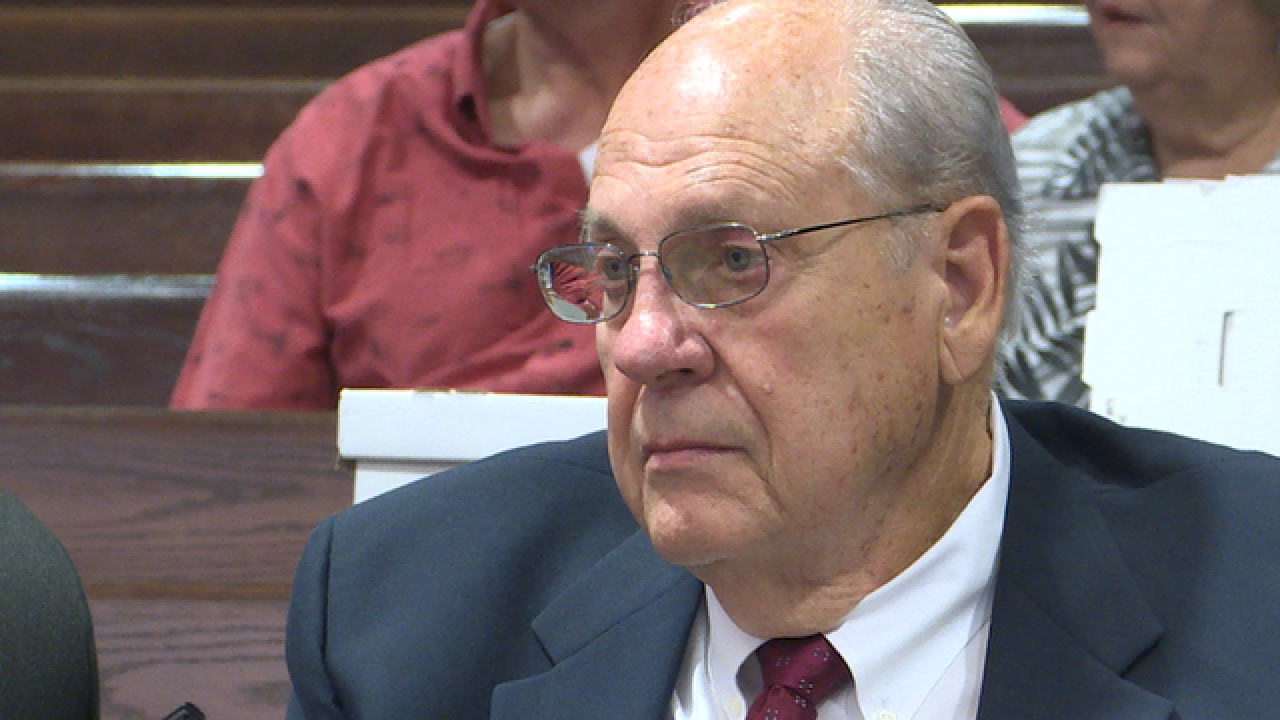 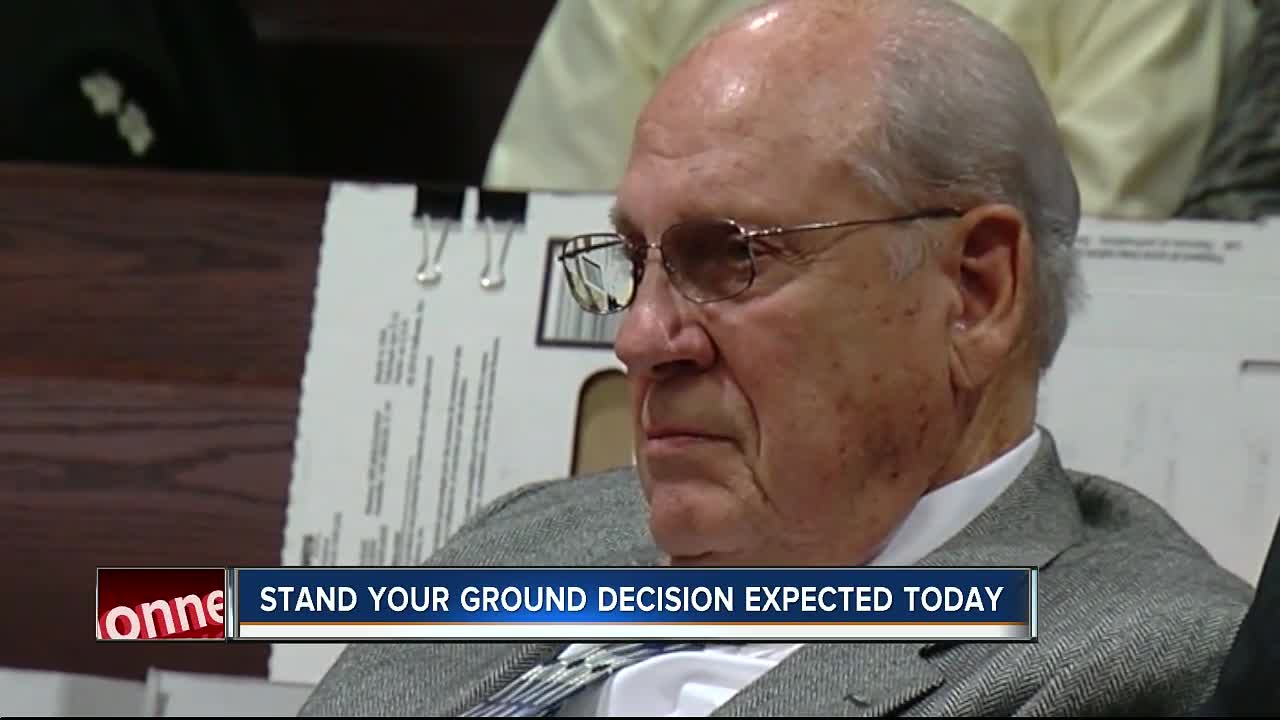 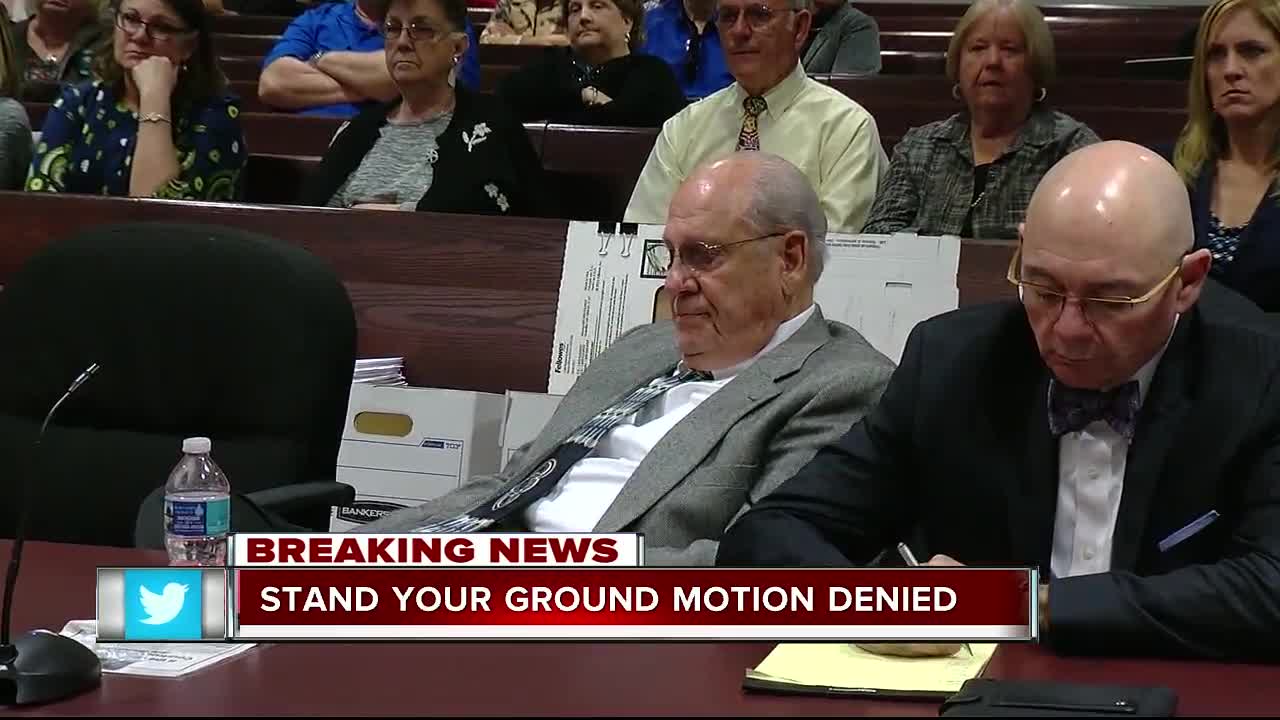 The retired Tampa police captain will now head to trial for murder after shooting and killing Chad Oulson inside a Wesley Chapel movie theater in 2014.

A trial date has not been set.

According to the ruling, the court found that Curtis Reeves, a retired Tampa police captain, did not credibly demonstrate that he reasonably believed it was necessary for him to use deadly force in the situation.

Read the complete ruling below:

ORDER DENYING DEFENDANT’S MOTION TO DISMISS PURSUANT TO FLORIDA STATUTE §776.013(3) (STAND YOUR GROUND MOTION)
This matter came before the court during evidentiary hearing upon defendant’s motion commencing on February 20, 2017, and heard through March 3, 2017.  Having carefully considered the witnesses’ testimony, the transcript and recording of defendant’s statement to detectives, all of the exhibits offered into evidence, including a personal view of the scene, argument of counsel, and current legal authority, this court determined that Mr. Reeves has not shown by a preponderance of the evidence that immunity attaches.

In reaching this conclusion, this court states the following:
A defendant must establish entitlement to immunity by a preponderance of the evidence.  Under §776.013(3), Fla. Stat., a person is justified in using deadly force when that person (1) is attacked in a place where he has a right to be, (2) is not engaged in any unlawful activity, and (3) reasonably believes it is necessary to use force to prevent death or great bodily harm.  The first two factors are not at issue, since the defendant was inside a movie theater as an admission-paying patron; and there was no indication that the defendant was involved in any illegal activity at the time of the altercation.

This court does find issue with the Mr. Reeves’ testimony in support of the third factor, and denies this motion for the following reasons:
The physical evidence contradicts the defendant’s version of events.  For instance, the defendant testified that he was hit in the outside corner of his left eye with a cell phone or a fist.  The video evidence contradicts this assertion, clearly showing that there was no hit from a fist, and the item argued by the defense to be a cell phone was simply a reflection from the defendant’s shoes.  Despite hours of testimony by the defense’s crime scene reconstruction expert in an effort to prove that the reflections seen in the video were those of a cell phone, other images of the defendant in the movie theater clearly show the same rectangle-shaped reflection on his shoes.  In addition, common sense and the credible testimony of the medical examiner casts grave doubt on the likelihood of anything hitting the defendant in the eye beneath his glasses in the manner the defendant described.  Which begs the question, why did the defendant say he was hit in the left eye, to the point of being dazed, when the video images and basic physics indicate that he did not get hit in the left eye with anything?  The logical conclusion is that he was trying to justify his actions after the fact.

In addition to the video evidence and testimony that directly contradicted the defendant’s testimony, other facts tended to show that he was not in fear of great bodily harm or death.  His conduct demonstrated that he was not afraid of the alleged victim: the defendant initiated contact with the alleged victim on at least three occasions and was not concerned about leaving his wife there alone when he went to talk to the manager.  As he was trained extensively in handling firearms and dealing with conflict situations, he was far better prepared than the average person to deal with situations such as this one.  Furthermore, the defendant did not appear to be frail by any means; on the contrary he is quite a large and robust man.  He also appeared quite self-assured when he was testifying, and certainly did not appear to be a man who was afraid of anyone.

Because the defendant’s testimony was significantly at odds with the physical evidence and other witness testimony, this court has considerable doubts about his credibility, and is not willing to come to the conclusion that these circumstances are those envisioned by the legislature when the “stand your ground” law was enacted.

After careful consideration of all of the evidence provided in this case, this court finds that the defendant did not credibly demonstrate that he reasonably believed it was necessary for him to use deadly force in this situation, therefore, defendant’s motion is DENIED.

MORE ON THIS CASE: