Special prosecutor to be named in Chicago case 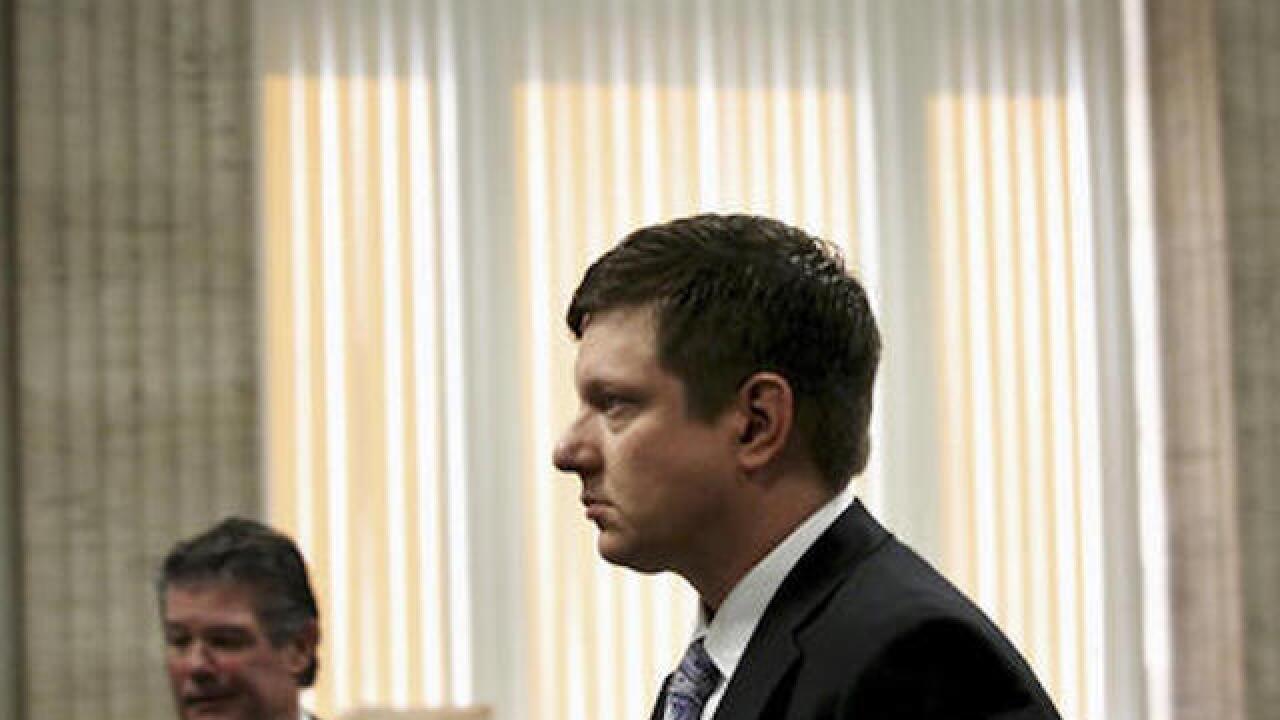 Copyright Associated Press
Nancy Stone
<p>Chicago police officer Jason Van Dyke, who is charged with first-degree murder in the October 2014 shooting death of a black teenager, approaches the bench during a hearing in his case at the Leighton Criminal Court Building in Chicago. Anita Alzarez, Cook County's embattled state's attorney, has asked a judge to appoint a special prosecutor in the case. (Nancy Stone/Chicago Tribune via AP, Pool)</p>

CHICAGO (AP) — A judge ordered the appointment of a special prosecutor Thursday to handle the case of a white Chicago police officer who shot a black teenager 16 times after the embattled Cook County state's attorney asked to step aside.

Officer Jason Van Dyke is charged with first-degree murder in the 2014 killing of 17-year-old Laquan McDonald. The court-ordered release of video in November contradicted police accounts of the shooting and set off protests calling for an overhaul of the police force.

"So that's going to be a process," Gaughan said.

Civil rights attorneys and activists have questioned outgoing State's Attorney Anita Alvarez's objectivity and criticized her for taking more than a year to charge Van Dyke. They petitioned the court for her to be removed from the case. Despite having police dashcam video for months, Alvarez's office only charged Van Dyke hours before the impending release of the video.

The timing, and the city's earlier refusal to release the video, fed accusations of a cover-up. Critics contend that the delay in charging Van Dyke was just the latest example of what they say has been Alvarez's reluctance to prosecute police officers in misconduct and shooting cases.

Alvarez has defended the way her office proceeded with what she called a very complicated case. She has disputed critics' suggestions that she is too closely aligned with the police officers' union to aggressively prosecute law enforcement.

Alvarez was voted out of office in March and is leaving office in December. Alvarez last month asked the judge to appoint an outside prosecutor, citing her election defeat and the period of transition in her office.

The case is next in court June 30. Van Dyke's attorney was in court Thursday, but Van Dyke did not appear because he is not objecting to the appointment of a special prosecutor.