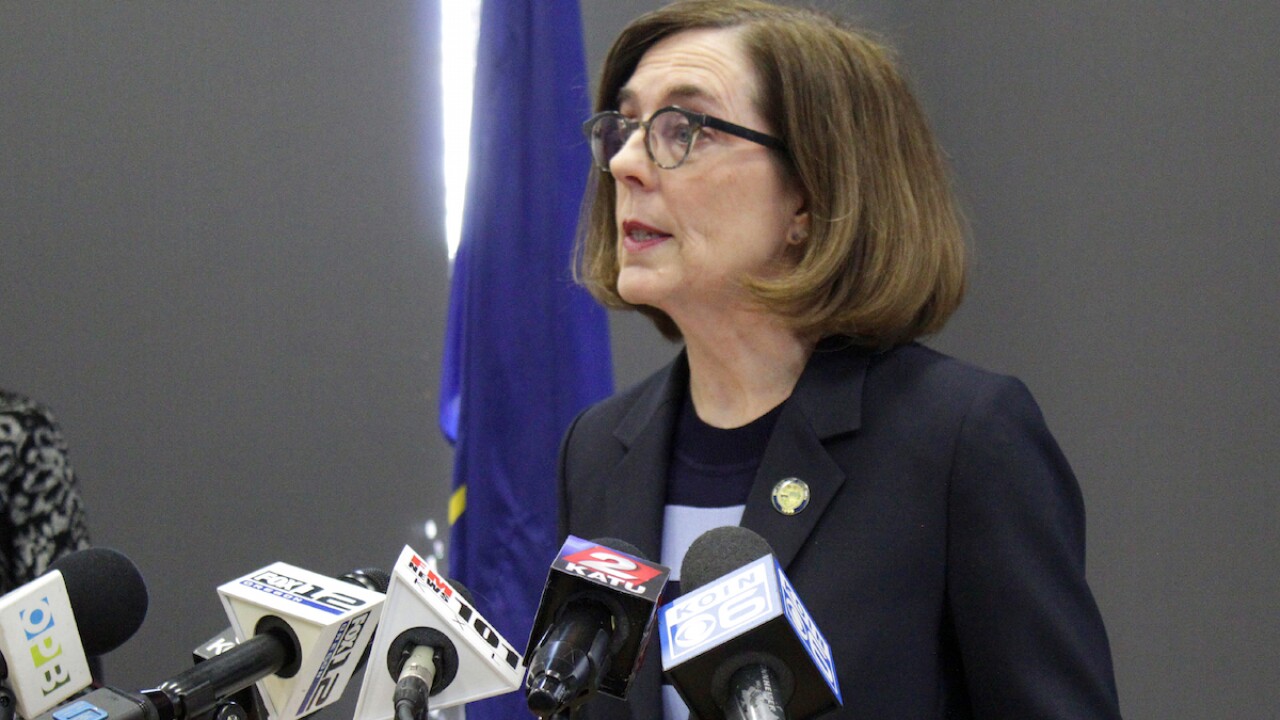 Copyright 2020 The Associated Press. All rights reserved
Gillian Flaccus/AP
FILE - In this March 16, 2020, file photo, Oregon Gov. Kate Brown speaks at a news conference in Portland, Ore. A county judge has declared Brown's coronavirus restrictions "null and void" because she didn't have her emergency orders approved by the Legislature. Baker County Circuit Judge Matthew Shirtcliff made the ruling Monday, May 18, 2020, in a lawsuit brought by churches that had sued saying the social-distancing directives were unconstitutional.(AP Photo/Gillian Flaccus, File)

SALEM, Ore. (AP) — A judge in rural Oregon has declared Gov. Kate Brown's coronavirus restrictions "null and void" statewide because she didn't have her emergency orders approved by the Legislature.

The suit had also argued that emergency powers only last for a month and after that Brown would have needed legislative approval.

Brown said she would immediately appeal the ruling to the state Supreme Court but the judge declined to stay the order while awaiting that decision.